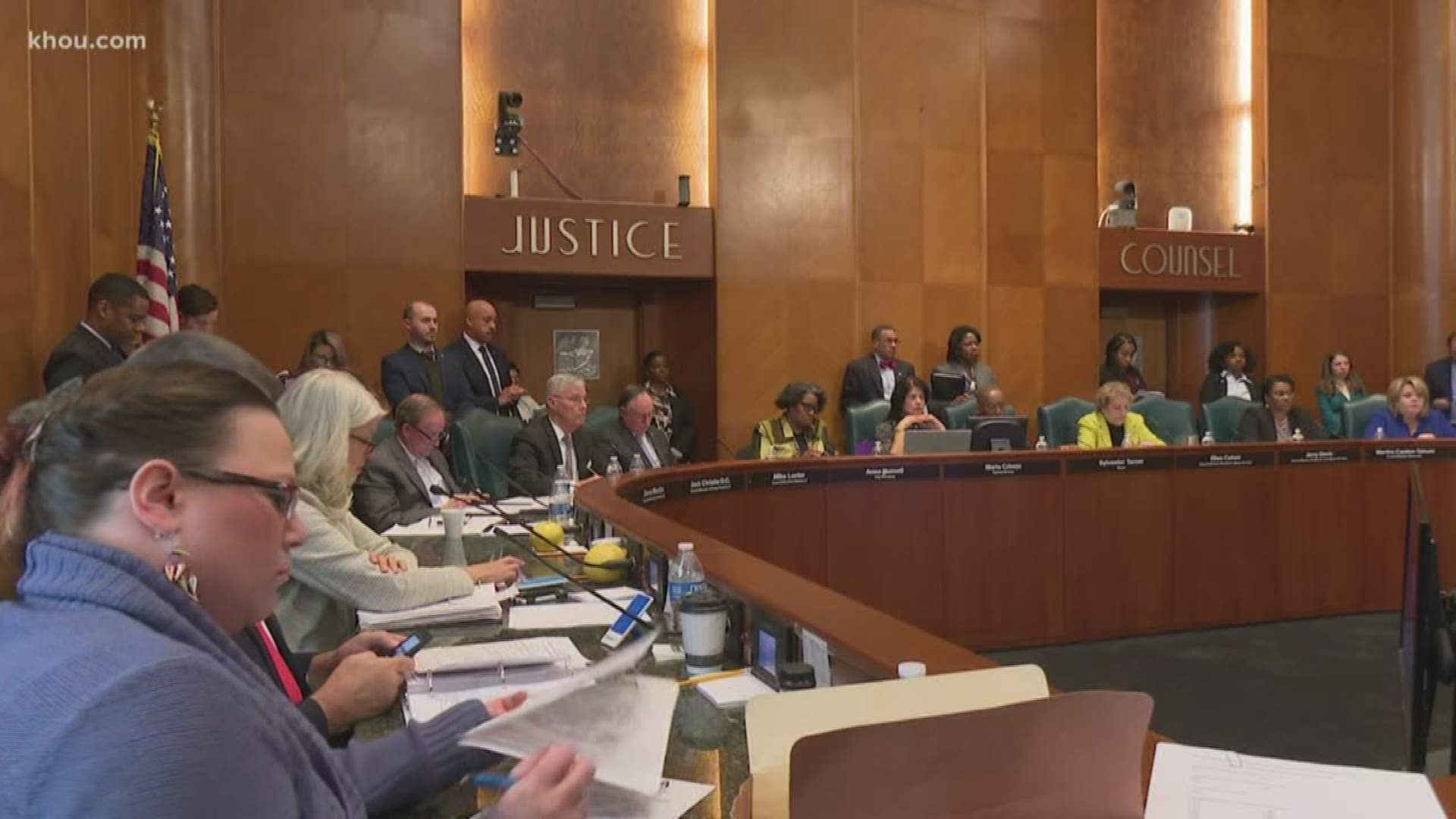 HOUSTON — A Houston City Council Member postponed votes on nearly the entire meeting agenda Wednesday morning and is vowing to continue doing so until the city swears in trained fire cadets.

A tag is a legal maneuver that delays an item’s vote until the next meeting, usually done to allow council members more time to get information.

Wednesday’s City Hall gridlock was part of the ongoing battle over Prop B, which voters approved in November 2018 to raise firefighter salaries to line up with those of police based on rank and seniority. Shortly after the vote, Mayor Sylvester Turner enacted a hiring freeze on the Houston Fire Department.

“I respect Council Member Boykins’ position and what he has to say, but the fact of the matter is, this is not how you run the city of Houston,” said Mayor Pro Tem Ellen Cohen, who represents District C.

“The money’s in the budget. Pay for it,” said Council Member Boykins, after the meeting. “This is not new money.”

Money, Council Member Boykins says, could boost those cadets’ salaries by $12,000 per year.

“When you go and look in the eyes on these 68 cadets and they’re taking out payday loans and they’re moving out of their homes to allow people who can afford to pay their mortgage for them to stay in their house, and we have the money in the budget, I’m gonna do what’s right,” said the Council Member, who represents District D.

He called seeing the mayor at the swearing in ceremony of more than 60 new police officers Monday “an insult”.

After the meeting, the mayor defended his decision.

“These (fire) cadets, they are on the payroll,” he said.

Mayor Turner says the city will implement Prop B in phases, while trying to contain costs and limit layoffs.

“I’ve made it clear repeatedly that the pay itself will be retroactive to January 1, 2019,” he said.

Mayor Turner says he’ll start talking with council members Thursday about how his administration plans to move forward with Prop B.

The Houston firefighter’s union thanked Council Members Boykins and Kubosh for their support via Twitter.

Houston City Council will not meet again until March 20 because of Spring Break.