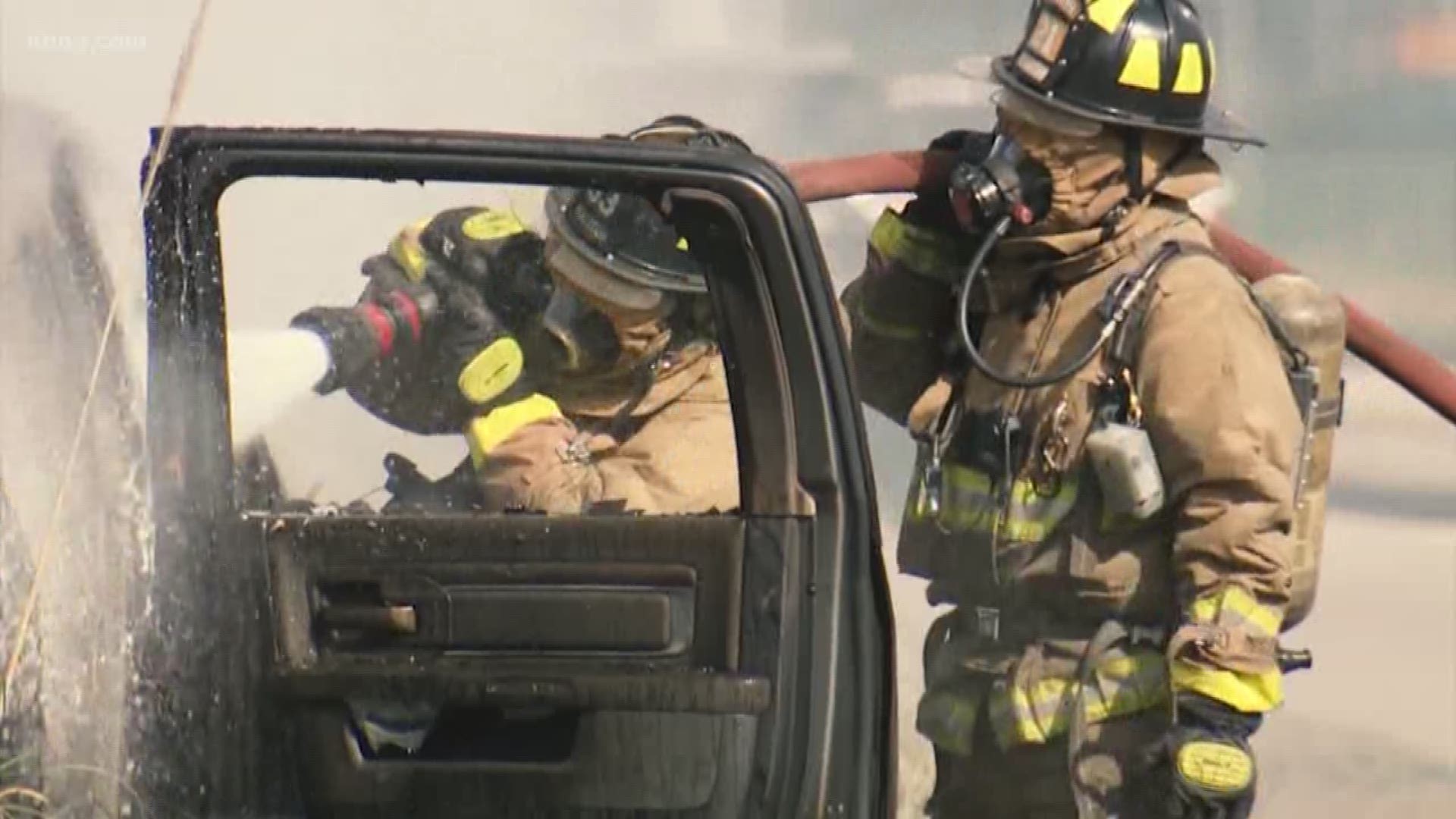 HOUSTON — A judge decides Friday if Houston’s Proposition B will move forward.

Prop B is the measure, approved by voters, that guarantees equal pay for firefighters and police with similar positions and experience.

Mayor Sylvester Turner has said Prop B will lead to layoffs, due to the expected $100 million cost of firefighter raises.

Both the the city of Houston and the Houston Police Officer’s Union are trying to stop Prop B in court.

He proposed a plan Thursday that he believes would bridge the budget shortfall, giving firefighters a pay raise without layoffs.

“It was almost 2-1 in favor of Prop B, where firefighters have pay parity with police. We have to look at a way of finding the money,” Boykins said.

He is suggesting adding a monthly fee for trash pickup for Houston residents.

The city would then be able to use money flagged for solid waste to give firefighters the mandated raises.

Boykins wants to charge flat monthly fee to #Houston residents for garbage collection. He says this would free up funds for firefighter raises #Khou11 pic.twitter.com/FIUc7x6Mhn

He explained other big cities, like Dallas, San Antonio, and Austin, already charge for trash pickup.

With Prop B going into effect in in the new year, the new trash fee could be tacked on as early as February if approved by council.

Mayor Turner said the proposal by Boykins underscores what he's been saying for months.

“The City cannot afford Proposition B. This measure will cost the city more than $100 million each fiscal year," Turner said.

"I will not support forcing Houston homeowners to pay a costly new tax on trash collection to pay for firefighters’ salaries."