The city and police union were hoping to invalidate the voters' decision to pass Prop B, which gives Houston firefighters a huge pay raise. 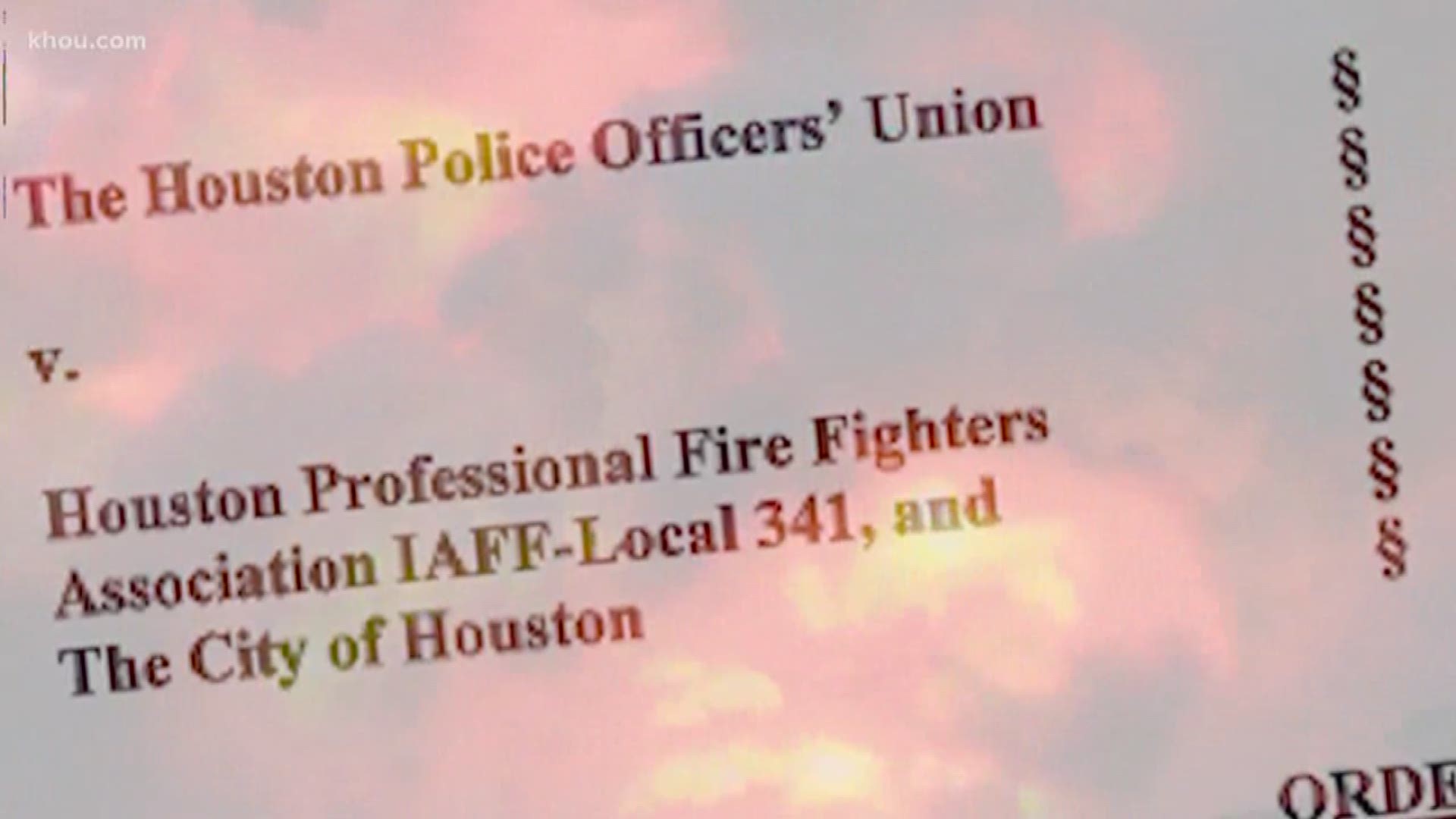 HOUSTON — A judge has rejected attempts by the city of Houston and the Houston Police Officers Union to stop Prop B, which brings Houston firefighter salaries up to par with police officers.

"Prop B is the law, that's where it is today, there's no question," said Troy Blakeney, attorney for Houston's fire union.

Blakeney says the judge reaffirmed the voters' decision and found Prop B could move forward with implementation.

Fifty-nine percent of voters chose to pass Prop B in November, despite warnings by Mayor Sylvester Turner that equal pay for firefighters would come at a unsustainable $100 million price tag per year. He says it would lead to layoffs for fire and police.

"The implementation of Prop B will not happen overnight but the process does start now. I ask Houstonians to bear with us as we work through this process while the legal matters are still being resolved," Turner said in a statement.

RELATED: Mayor Turner says Prop B victory could cost some firefighters their jobs

The suit by the police union called Prop B unconstitutional because it conflicts with the state’s government code. They were seeking a temporary restraining order and injunction against Prop B’s implementation.

In his ruling, the judge pointed out that voters passed Prop B, despite the arguments against it, and that outweighs the other concerns.

The fire union says Houston firefighters continue to be severely underpaid compared to HPD and other fire departments. Now it's time to pay firefighters what they deserve.

"At this state in the game firefighters are entitled to their paychecks," said Blakeney.

After the ruling was released, HPOU issued a statement claiming HFD is already overstaffed by 800 firefighters and HPD is understaffed by about 1,500 police officers. They call the potential effects of Prop B "catastrophic."

Hpou Statement by KHOU on Scribd