Rambunctious cat at Houston shelter is really an escape artist

Quilty, a cat available for adoption at a Houston-area shelter, has the habit of opening the doors inside the shelter, and letting the other cats out. 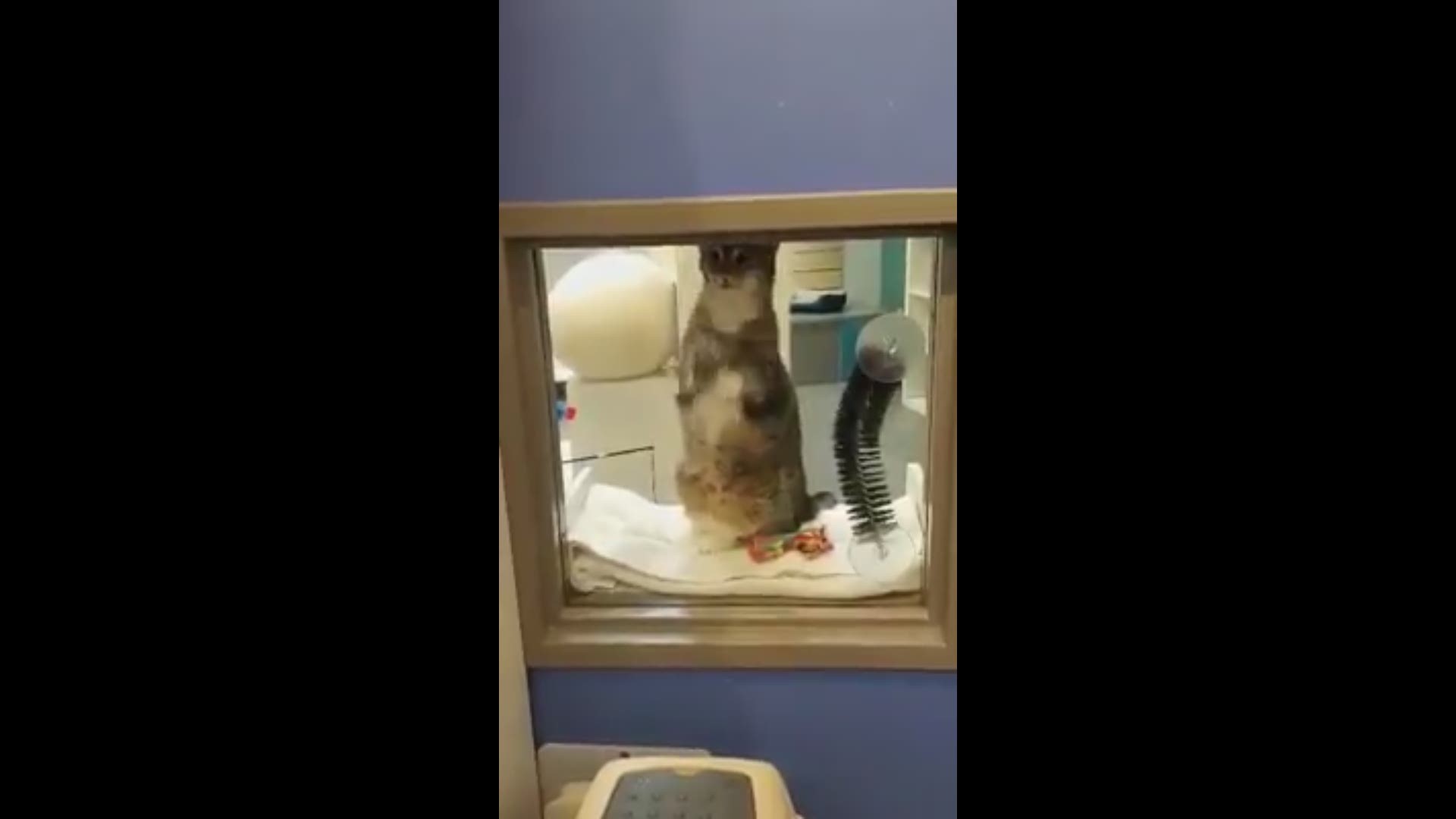 HOUSTON — A cat with quite the character has been keeping local shelter staff on their toes with his constant escapades.

Quilty, a 6-year-old domestic shorthair (DSH), is currently up for adoption with Friends For Life Animal Rescue and Adoption Organization-Houston. But Quilty isn't your typical cat, and it's because of his most recent antics that he's gained internet fame. In a Facebook post, the organization shared photos of Quilty cheekily looking through a glass door at the shelter after seemingly escaping the cat quarters.

According to the post, Quilty "loves to let cats out of the senior room. Repeatedly. Several times a day." This has led the shelter to "Quilty-proof" the cat room, including putting child locks on the cat door.

In a comment on their post, the shelter said they had to reacclimate Quilty to the cat room and all his feline friends by putting him in an integration kennel, much to Quilty's chagrin. But that didn't keep him from bamboozling the staff again.

"Quilty's review with the parole board was denied, so he released himself of his own recognizance today," FFL wrote in a comment on their post. "He felt that confinement had nothing more to offer him. He has been returned to solitary. The review board will take up his case again tomorrow. Y'all. This cat released himself from the integration kennel in the room."

The catscapade entry has led to more than 6,000 Facebook reactions, more than 3,500 comments, and more than 4,000 shares as of the writing of this article. This has prompted the shelter to now create Quilty an Instagram account as his internet fame continues to grow.

Despite the shelter's attempts to corral the little Houdini, Quilty has continued his Pink Panther-ness by zooming out of the cat room behind unsuspecting humans. Monday, the shelter wrote Quilty snuck out and crashed a staff meeting before he was caught and taken back to the cat room. He then later crashed the party again just hours later.

FFL wrote in a comment that they've received several applications for Andy Dufresne 2.0, and they might be close to finding his future forever home. Those interested in having a little cat chaos in their life can visit the shelter's website for more information on Quilty.

RELATED: BARC takes in more than 200 cats, kittens in 2 weeks