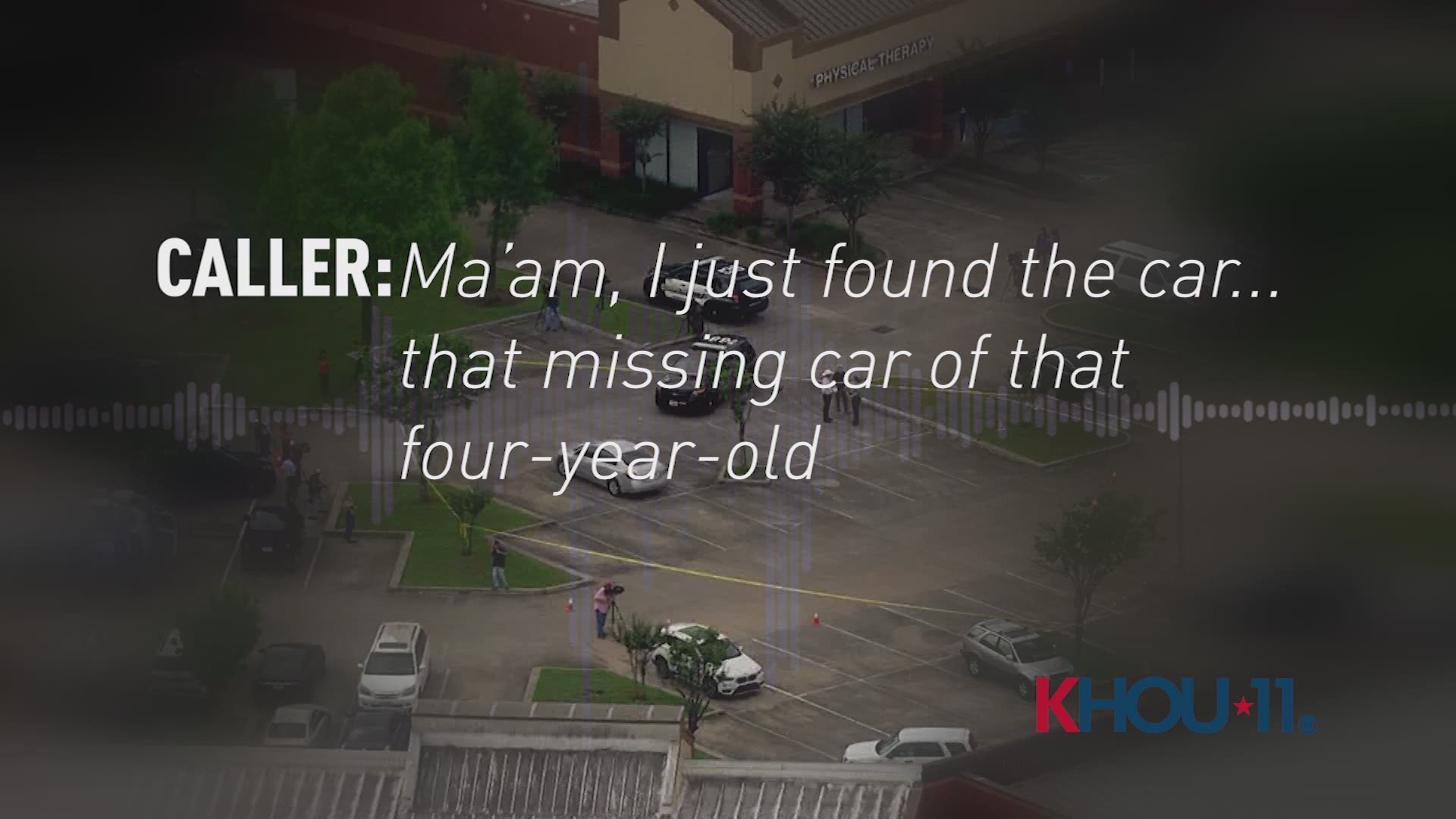 MISSOURI CITY, Texas — Missouri City Police on Friday released audio of the 911 call a woman made to report her discovery of the car involved in 4-year-old Maleah Davis' disappearance.

Police on Thursday said a taxi driver spotted the Nissan Altima the girl's stepfather, Derion Vence, claimed was stolen. It was found in a Missouri City shopping center parking lot.

Maleah has been missing since last Friday night. Vence claimed his wife's Nissan Altima was stolen by two men who knocked him out and took Maleah. Police say he's changed his story multiple times. They've been trying to reach him but say he's not responding to their calls.

Maleah is around three feet tall and weighs between 30 and 40 pounds. She was last seen wearing a pink bow in her hair, a light blue zip jacket and gray/white/pink sneakers.

Her family says she is recovering from recent brain surgery and requires critical medical care.