One of the mysteries surrounding the disappearance of Maleah Davis, 4, is why she needs critical medical care. KHOU 11 Investigates found the answer. 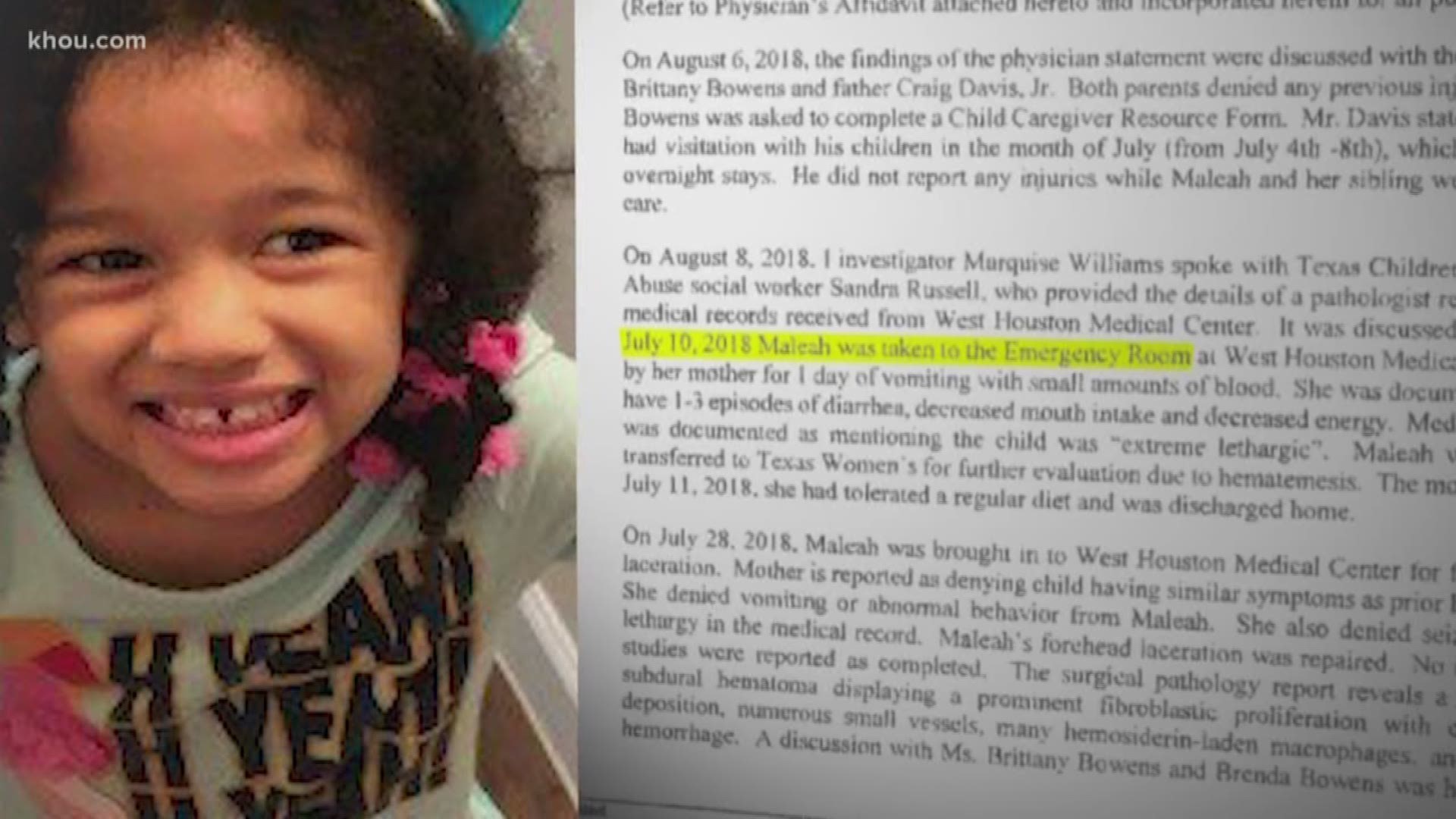 HOUSTON — The disappearance of Maleah Davis has prompted an avalanche of questions from KHOU viewers.

The 4-year-old, who was last seen Friday, is recovering from brain surgery and requires critical medical care.

And while law enforcement officials are scouring the Houston area for her whereabouts, KHOU has also been looking for answers to many of those questions. One question that has come up often is why Maleah needed that surgery a few months ago.

KHOU 11 Investigates spent the last few days going through court records and discovered the answer -- and although the information reveals some family issues and allegations of abuse, it's not being shared to point a finger at one person or to try to influence public opinion.

Transparency of process and information, as well as listening and responding to our viewers, are critical parts of the important relationship KHOU shares with our viewers.

Photos of Maleah depict a little girl with a wide smile who appears to have a happy childhood, despite a difficult young life filled with hospital stays and brain surgery.

The reason for her fragile health has remained a mystery, but KHOU 11 Investigates has uncovered records that explain her constant medical care.

It stems from allegations of abuse and neglect that led Child Protective Services to take temporary custody of Maleah, according to court records.

The state got involved after a seizure and head injury sent Maleah to the hospital in August.

Maleah was living with her grandmother, mother Brittany Bowens, and Bowens’ boyfriend, Derion Vence, and was only taken to the hospital at the urging of her grandmother, who was at work at the time of Maleah's injury, according to court records.

Doctors had to perform a “craniectomy to relieve pressure” and remove half of her skull, according to documents. When Maleah got out of ICU, doctors ordered that she wear a helmet for 12-24 months while she healed. Doctors said the injury and explanation did not add up and suspected abuse, according to court records. 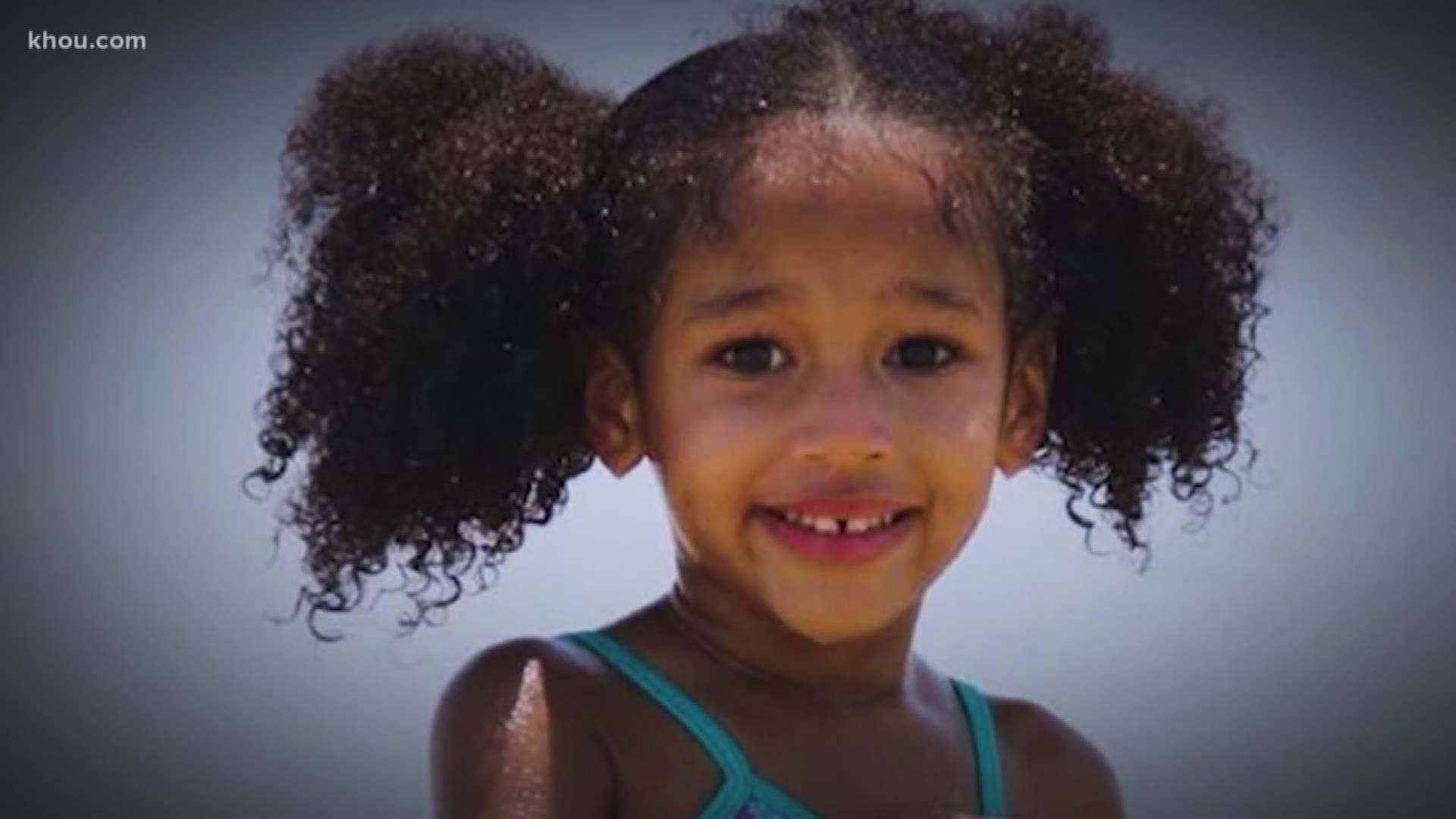 This was not Maleah's first trip to the emergency room.

According to records, three weeks earlier, on July 10, Bowens took Maleah to the ER after she was throwing up blood. Doctors reported Maleah was "extremely lethargic." Maleah was treated and sent home.

The following week, on July 28, Maleah was back in the hospital for a cut to her forehead. Later, medical professionals reported she had blood just outside her brain, which could be life threatening.

Bowens said Maleah was hurt after falling from a chair, but that “would not have caused the serious internal injuries, which required half of Maleah’s skull to be removed,” medical professionals said in court documents.

“Maleah Davis suffered traumatic brain injury with evidence of more than one injury while in the possession of her mother Brittany Bowens and the mother’s paramour, Derion Vence,” court records read. “Neither caregiver had an explanation that was consistent with the injury.”

The caseworker with CPS eventually concluded there was “reason to believe” there was “neglectful supervision” on Bowens’ part, but nothing more. In the end, “the doctor could not confirm whether or not injuries were caused by abuse,” court records read.

CPS has had temporary custody of Maleah since August. But a judge in February ordered a “monitored return” home to Bowens, where “the caseworker could go at least once a month to check on the family,” according to CPS spokeswoman Tiffani Butler.

The court also ordered that Maleah's parents take a parenting class. According to records, neither has completed that.

The case is still ongoing, and CPS still has temporary custody of Maleah. The next court date is set for May 22.

CPS’s Butler also said Maleah was living with relatives when she was abducted and that the agency has assigned extra staff to work on the case.