The attorney said the bus driver may have fled the scene. 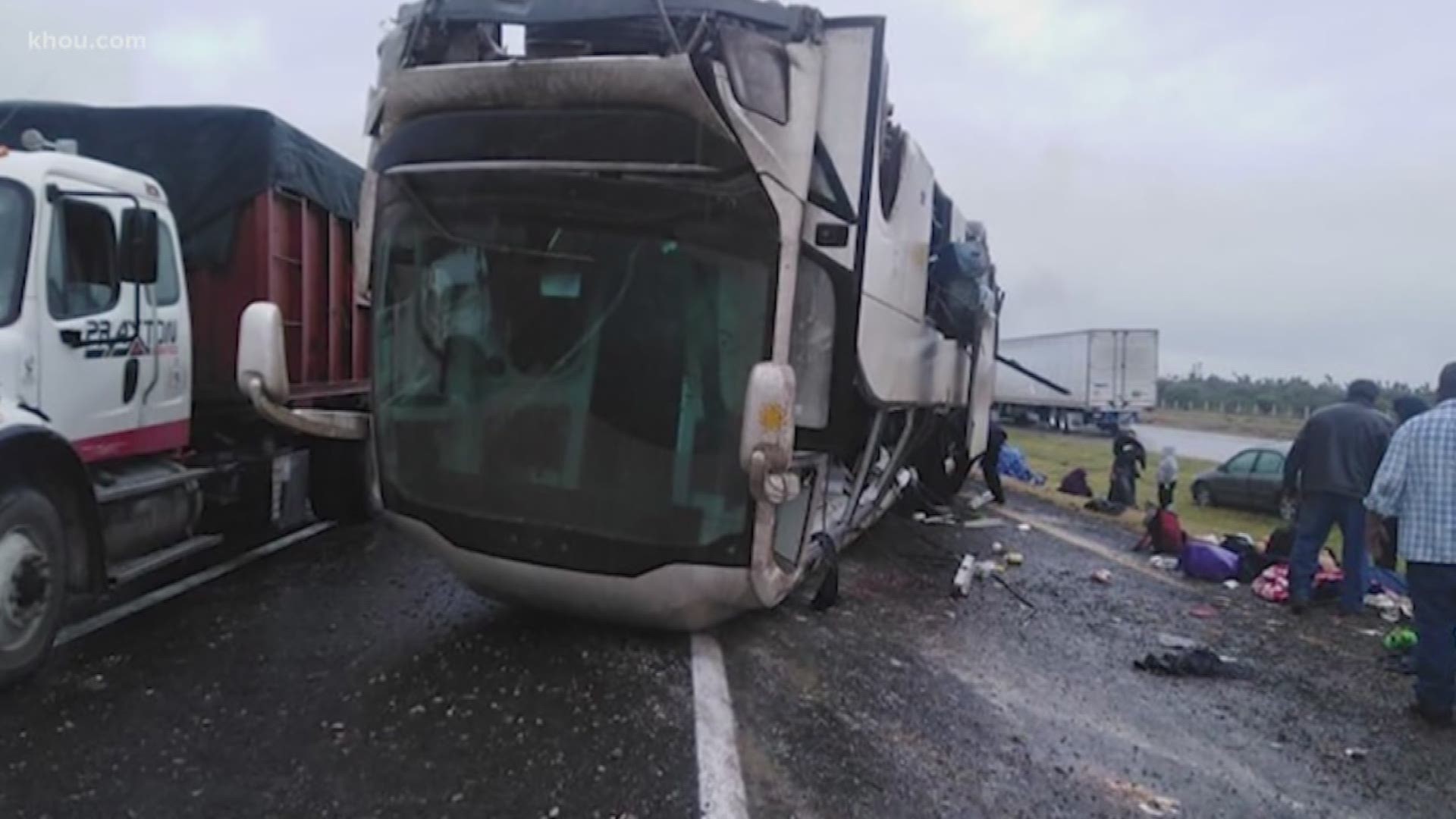 HOUSTON — Nobody has been able to say why the driver lost control of a charter bus from Houston that crashed on Dec. 21 near its destination of San Luis Potosi, Mexico.

More than a dozen passengers were on board when the bus overturned and landed on its roof along a busy Mexican highway.

Two passengers were killed, including a 10-year-old boy. Many more were injured.

“I was just there screaming for help,” 12-year-old survivor Karyme DeLeon said. “My head started hurting. So I had touched it and I saw blood, so I got scared. Then I saw this man laying down, just laying down and people screaming.”

Karyme and her mother, Maura DeLeon, were pulled from the bus by rescuers then transported to the hospital with serious injuries.

They were able to return to the United States days later.

The DeLeons are suing the bus company, Transportes Chavez, and its owner, Juan Chavez. Attorneys are requesting a judge order the bus be returned to the United States to preserve the evidence it may contain.

The DeLeons' attorney Muhammad Aziz says it's not the first case he has litigated against the bus company.

He says the bus company had to pay more than $10 million to injured victims after its driver fell asleep during a trip near Victoria.

Aziz says he has gotten reports that the driver involved in the DeLeon’s crash may have fled the scene after the wreck.

“The driver may or may not have left the scene,” Aziz said. “From some reports that I have, he may have left the scene while the bus was there. Nobody from the bus company went to the hospital to check on our clients or any of the victims.”

KHOU-11 spoke with a representative from Transportes Chavez who says the bus company has no comment on the lawsuit or the crash.

RELATED: They drive drunk. Kids are in the car. Most never see jail time.