The city of Pearland said it's trying to reduce the gap between when meters are read and when bills go out. 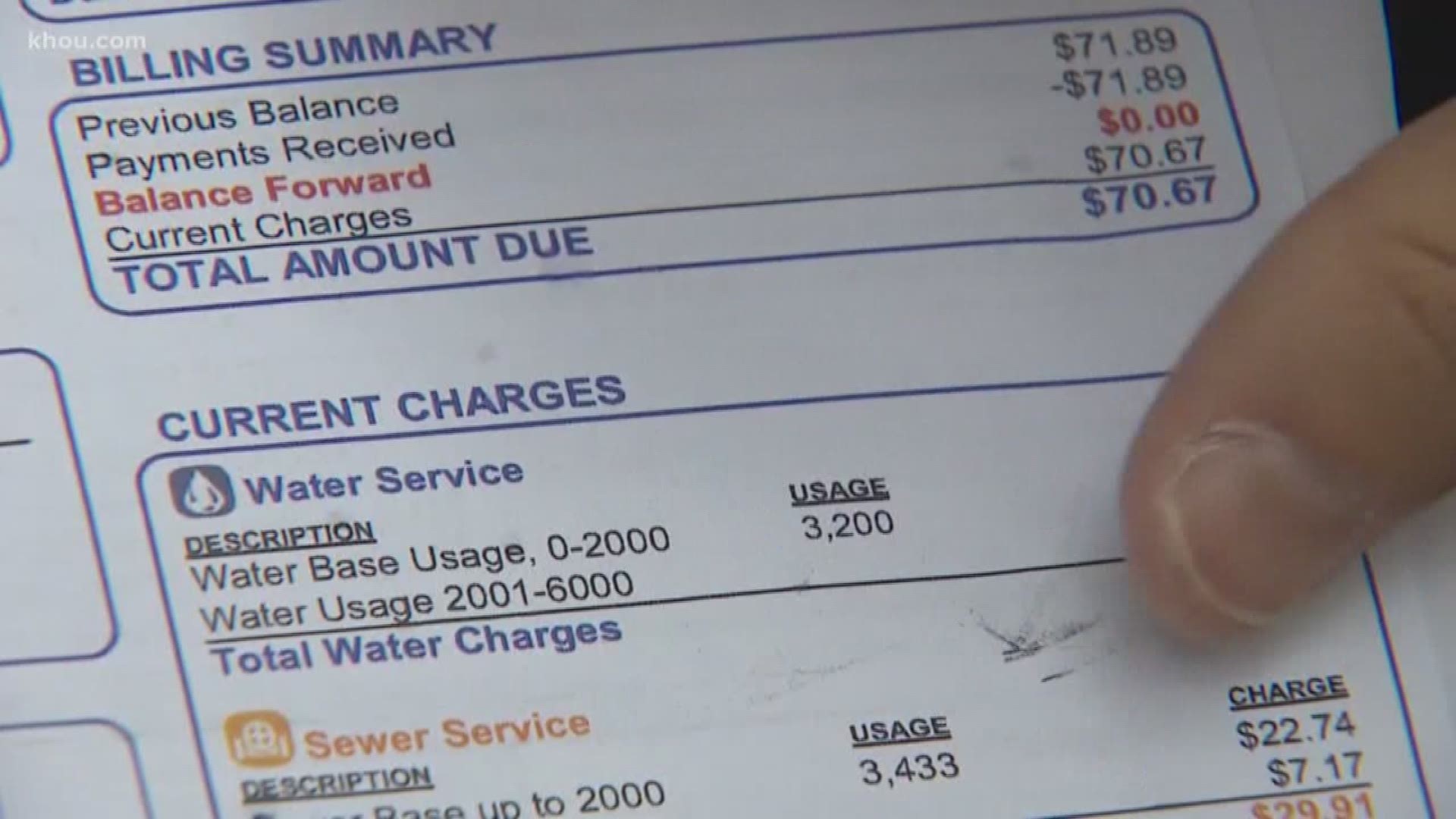 But the water billing system is currently getting mixed reviews at best.

Gilmore and many others vented on social media after getting water bills twice as high as normal with two separate due dates in February.

"They were mad," Gilmore said. "They said somebody dropped the ball somewhere.”

There’s currently a 60-or-so day gap between when water meters are read and when billing occurs.

That's something the city of Pearland wants to drastically reduce.

"It's a complicated issue," Lee said. "And the difference between those two has been building over time. So, now we’re behind in terms of billing relative to meter reading, and we need to catch up that process.”

The city posted an extensive explanation on its website and stated that shut-offs and late fees may be suspended while they get things in order.

But both amounts due this month are for two separate billing periods.

"They’re never paying more than they consumed, in terms of water,” Lee said.

It’s just difficult for customers to make sense of it.

"All I know is they need to get it caught up because I don’t want to have to deal with this again,” Gilmore said.

Click here to visit the city's page regarding the billing issues.