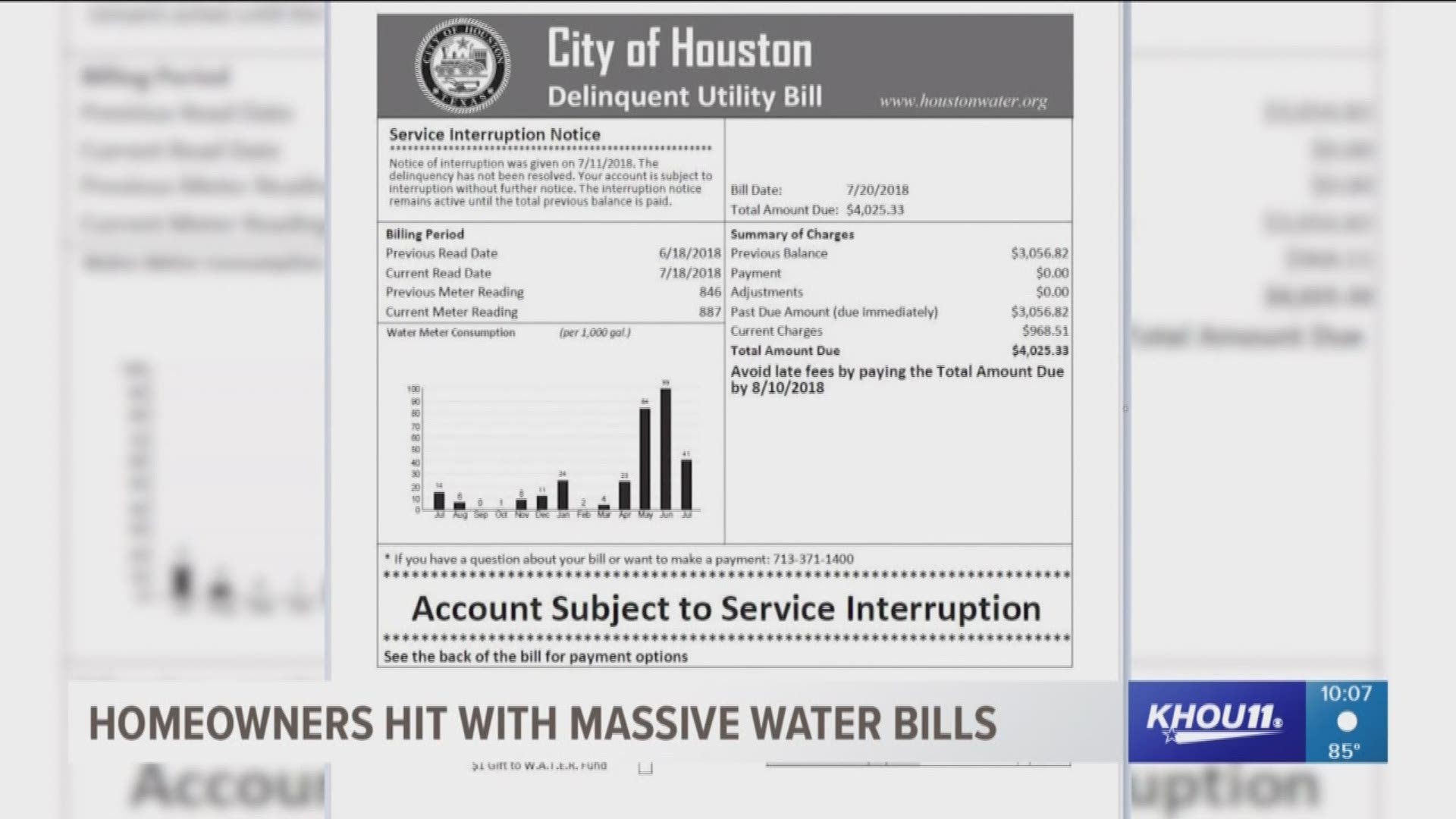 Zach Hart is one such resident who allegedly owes about $4,000 to Houston’s Public Works.

He received a $900 bill for July but says he stopped paying when they reached over $1,000 and has been trying to get this resolved with Public Works.

“There is zero chance that I’ve used $4,000 worth of water," Hart said. "I’ve called and logged requests online every single time and it still hasn’t gotten resolved.”

Hart has now been sent a notice that if he doesn’t pay up, his water will be disconnected.

He posted about the issue on his neighborhood Facebook page and dozens of people chimed in saying they too are dealing with crazy bills.

Although Hart says he doesn’t know what the issue with his bill is, there are a couple theories that his neighbors have posted about online.

“One woman says she’s stuck with an old meter that can’t be repaired. The new smart meters are reading incorrectly.”

KHOU contacted Public Works about the issue and received the following response:

“Our Customer Account Services team looked into the issue and found it requires further examination. We will send a crew to the home tomorrow to take a closer look and will be in contact with the customer to resolve this issue.”