Houston police officer wounded in shooting walks out of hospital 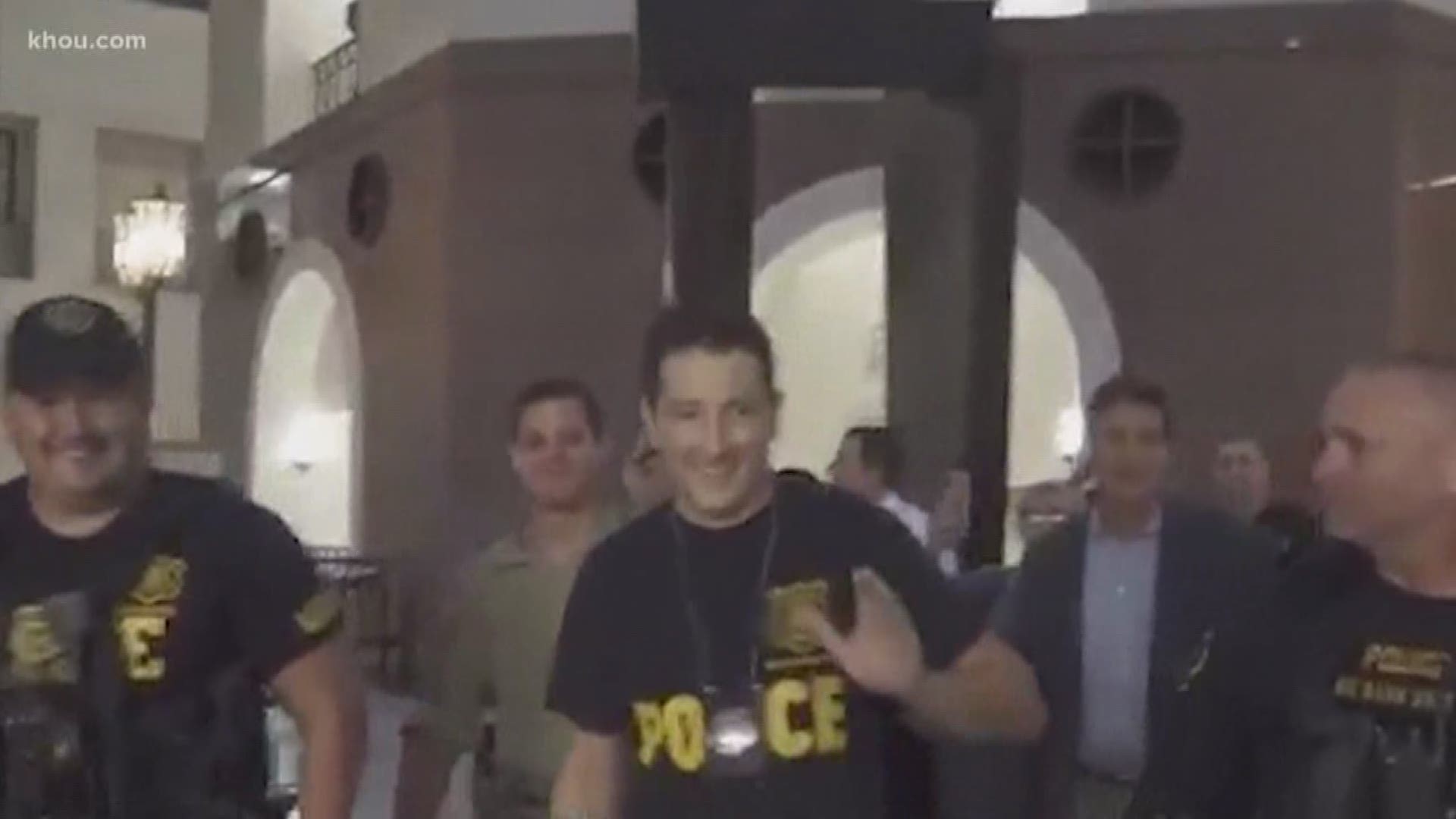 HOUSTON — The Houston Police officer who was shot and wounded last week was released from the hospital Thursday.

Roccaforte was shot three times in the chest with his own gun after a suspect grabbed it during a struggle. Roccaforte’s partner heard him scream, confronted the suspect and shot and killed him.

A violent crime spree led up to the shooting that began when police said four suspects tried to carjack a man at a gas station in southeast Houston. The stolen SUV ran out of gas near a church. That’s where police said the suspects beat and robbed a priest, then carjacked another woman.

Officers spotted one suspect and alerted other officers who started chasing him. Roccaforte chased one of them behind a house in the 3900 block of Tristan before he was shot.

Two other suspects were arrested. Another remains on the run.