Here's an aerial view of the flooding in Jefferson County

"We ask that people stay off the roads and remain safe. If you have an emergency, please call 911." 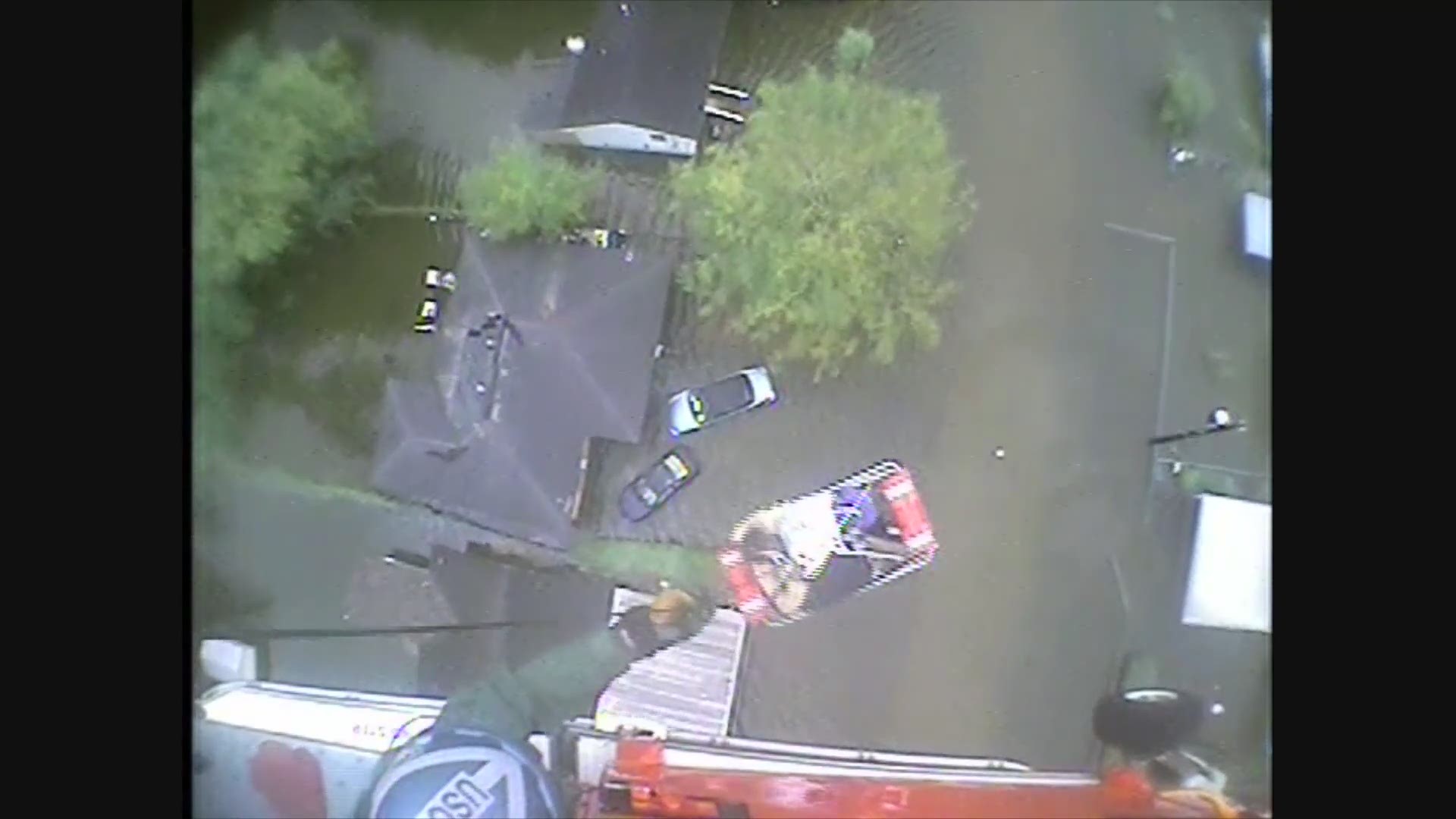 Rescue operations continued on Friday in the county, according to the sheriff's office.

"Many of our areas are still greatly impacted," the post said. "We ask that people stay off the roads and remain safe. If you have an emergency, please call 911."

The U.S. Coast Guard posted video of some of its rescues.

Photos of flooding in Jefferson County

The sheriff's office also posted an update on roads on the area around noon. At that time, they said:

Tropical Storm Imelda dropped a near-record amount of rain in many areas of southeast Texas on Thursday. According to preliminary numbers from the National Weather Service, it was the fifth wettest tropical cyclone in U.S. history.

Three deaths have been blamed on the storm as of Friday afternoon, including a Jefferson County man who was electrocuted while moving his horse in floodwaters. Another man died in a flooded vehicle in Houston, and authorities discovered a Beaumont man in his car near I-10 and Walden Road.

Flooded home? Here's how to get started with cleanup and insurance

Did your car flood? Here's what you can do if it did