KHOU 11 engineer Jason Barnett rescued the pup he found beside a ditch that was quickly filling with rain from Tropical Storm Imelda. 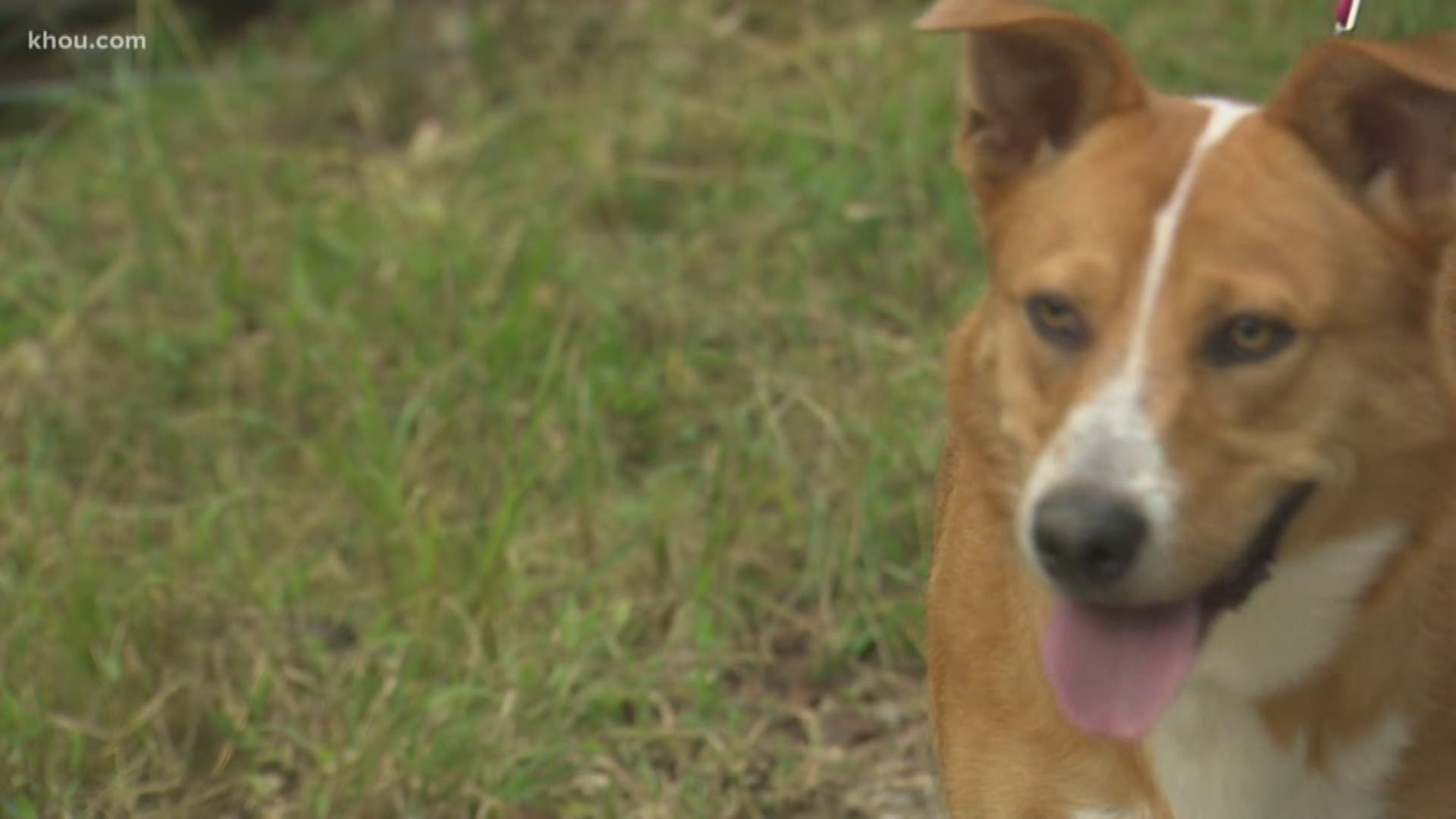 We have an update on the dog found Tuesday tied to a barbed wire fence near KHOU 11's transmitter. Many of you asked about adopting him when we first shared the story on Tuesday.

The sweet pooch is now being cared for at Houston SPCA. He didn't have a chip so the SPCA said he will likely be up for adoption after a three-day waiting period.

KHOU 11 engineer Jason Barnett rescued the pup he found beside a ditch that was quickly filling with rain from Tropical Storm Imelda.

“He was shivering. He was cold and had been here for probably a couple hours,” Barnett said. “There was no food. There was no water.”

Barnett gave the dog a few peanut butter crackers to gain his trust, then untied him and put him in his car.

“It breaks your heart, you know? It’s really sad to see an animal abandoned like that. No animal should be treated like that," he said.

Barnett took the dog home temporarily, much to his two sons' delight.

“He’s pretty much happy all the time,” added 7-year-old Nathan.

The dog is male and neutered and seems to be in good shape. The Barnetts say he’s friendly with people and animals and weighs about 50 pounds.

Although the Barnetts say they’d like to keep the pup, they already have three other dogs and a cat so they can't.

Barnett said he has avoided giving him a name.

“I don’t want to get attached!” he said.

However, the kids came up with one on their own.

If you're interested in adopting "Cho-Larry," give the SPCA a call early next week.

Video: More than 50 horses trapped in chest-deep floodwaters in Humble rescued by volunteers

Where have the wild birds gone? 3 billion fewer than 1970