Mayor Turner signed an executive order requiring future contracts with airlines and airport retailers to pay employees $12 an hour by 2021. 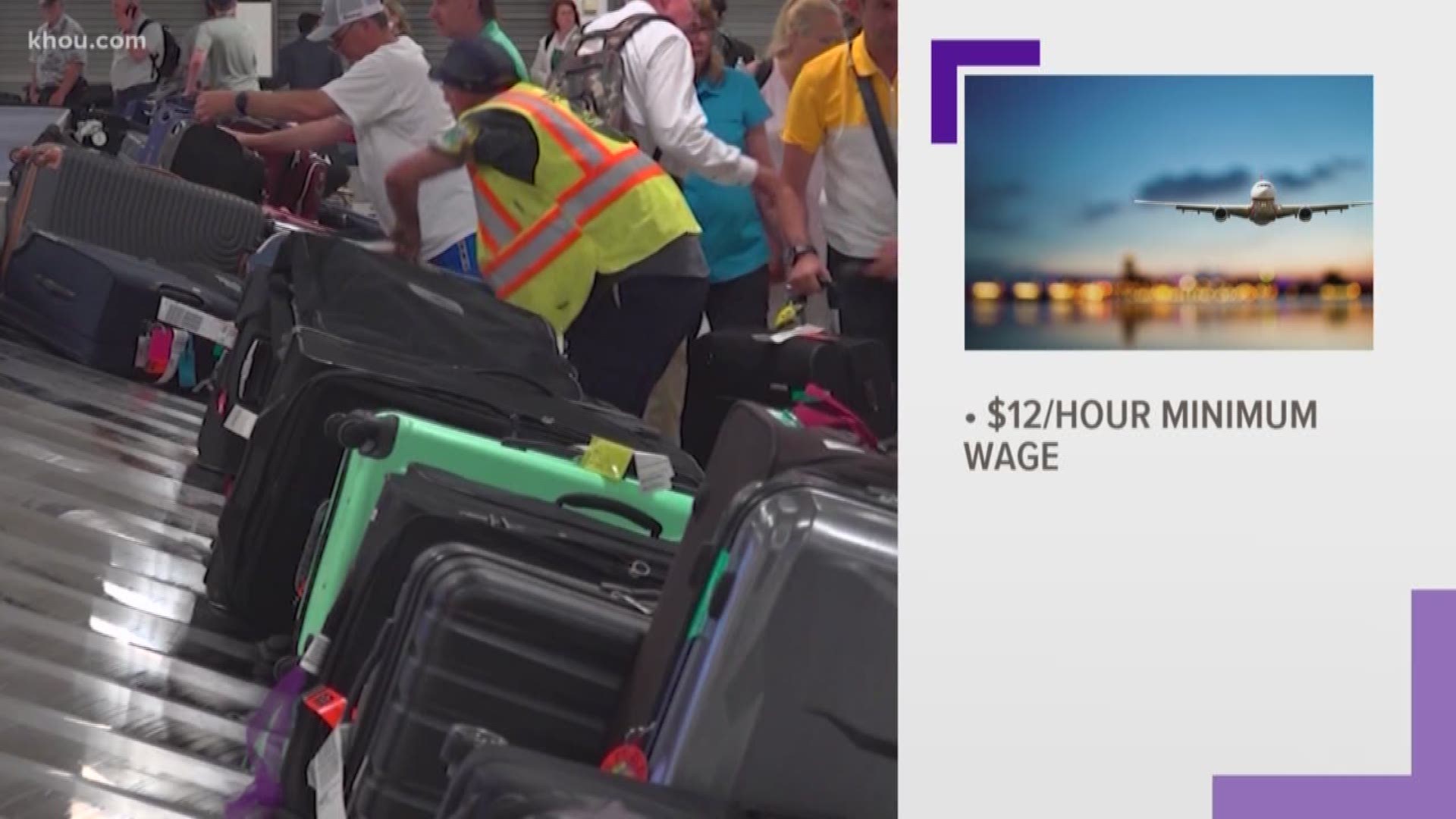 HOUSTON — Hundreds of workers at Bush, Hobby and Ellington airports will be seeing their pay climb over two years to what Houston’s mayor calls "a livable wage."

Mayor Sylvester Turner signed an executive order on Wednesday requiring future contracts with airlines and airport retailers to pay employees, including those working for subcontractors, $12 an hour by 2021.

City of Houston employees and other contracted workers like janitors and security guards already earn a $12 per hour minimum wage.

A 2019 survey of subcontracted passenger service workers at Bush Intercontinental Airport by the Service Employees International Union (SEIU) found the average wage was $8.54 an hour, with 96 percent of respondents earning under $11 an hour.

“For me and my coworkers, this will be the difference between whether or not we are able to pay our rent on time or buy groceries for our family,” said Iris Thomas, who works as a barista at Bush Intercontinental Airport. “Working at the airport for years, I’ve met people whose account was always either in the negative or they just can’t survive on what they make.”

A press release by SEIU and UNITE HERE Local 23, the hospitality workers union representing employees in Houston’s airports, called Mayor Turner’s signing of the executive order “a historic first step” toward their goal of a $15 per hour minimum wage.