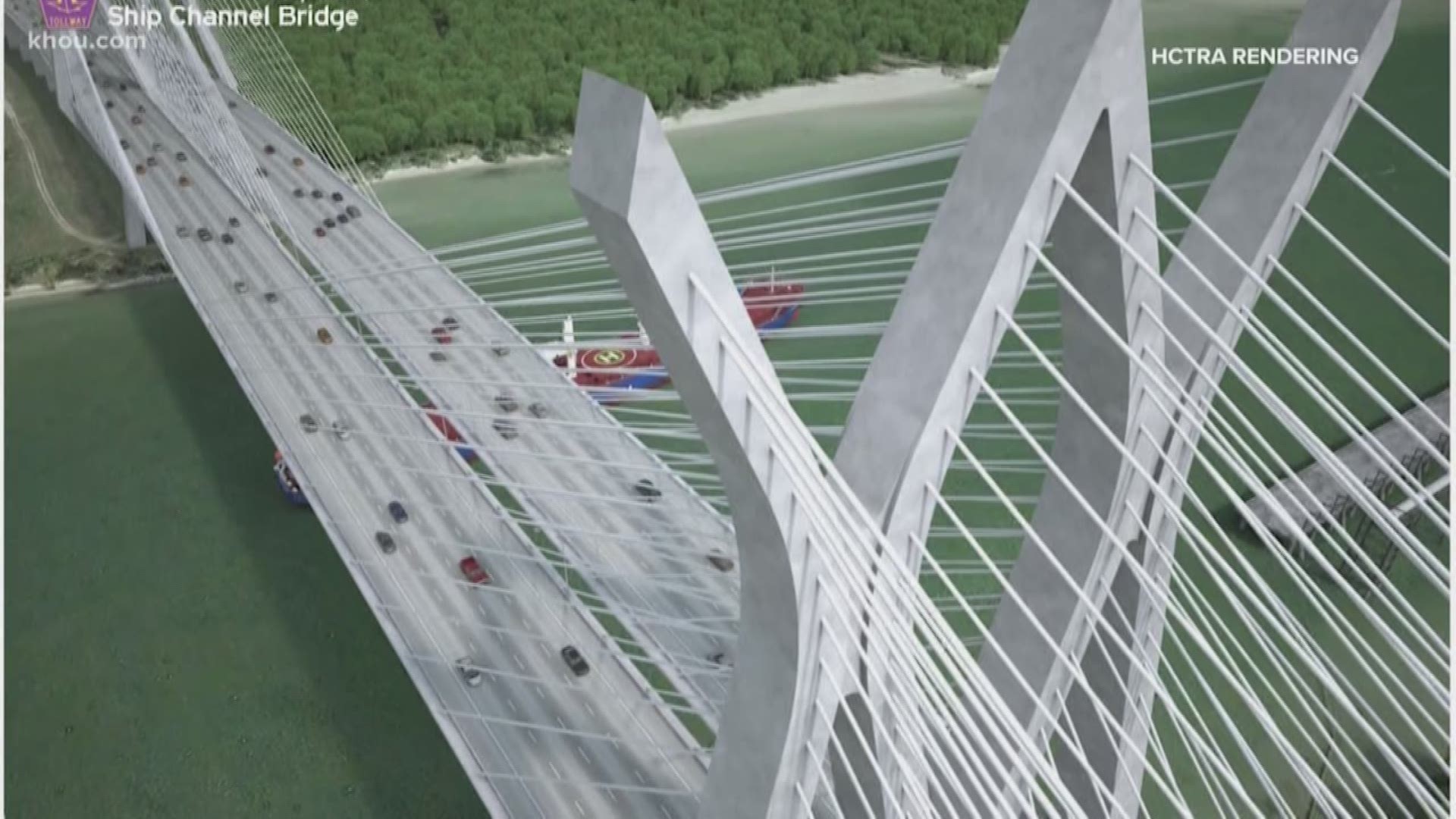 HCTRA announced they plan to pause construction on the main pylons of the cable-stayed portion of the bridge replacement project. HCTRA hired an independent consultant to review the design.

That consultant identified an issue related to the design of the curved portions of the pylon legs.

HCTRA deputy director John Tyler said the issue was that the pylons were not stiff enough to support the "bridge deck," the surface cars drive on.

"The pylon itself is a serious element within the bridge structure. It just needs to be done right," said Tyler.

"I don’t want to have a bridge that we’re already putting band-aids on that isn’t even open yet," said Pct. 2 Commissioner Adrian Garcia. "I’m glad we found out these things when we found out, but it is important for us to make sure that we are doing everything possible to ensure the safest bridge in America."

HCTRA said pausing construction will allow the engineer to design a solution, which that independent consultant will review.

FIGG is the same company behind a Florida pedestrian bridge that collapsed in 2018, killing six people.

Two months ago, TXDOT suspended construction of another FIGG-designed bridge in Corpus Christi.

RELATED: Toll free along the tollway: New flyover at Westpark, Grand Parkway to be funded with sales tax money

Tyler said he is confident the bridge will be safe after a solution is approved, which could take about three weeks.

"By the time we’re done, it’ll be a very sound structure that will be around this County for a long time," said Tyler.

They plan to continue working on the casting yard and approaches.

You can see the progress on the HCTRA's construction cameras.

The agency expects COWI's review will be finished by March 2020.

HCTRA began the design of the Sam Houston Tollway Ship Channel Bridge in 2015, and the project began in March 2018.

The goal of the program is to meet the growing mobility needs in the region, according to the agency.

According to HCTRA spokesperson Roxy Sibrian, the project does not use taxpayer money: the toll road is self-funded by those who pay tolls using E-Z Tags or paying in cash.

"It's a big project," Sibrian said. "Safety is a top priority."

The following statement is from FIGG:

"FIGG Bridge Engineers throughout the past 42 years of serving communities across the nation work diligently to ensure project success. It is typical for two independent engineers to have some differences and we are working collaboratively to satisfy both COWI’s and FIGG's reviews of the Sam Houston Tollway Ship Channel Bridge Replacement Project. FIGG is pleased to work with HCTRA and their independent engineering consultants and contractor to provide a final project that is a point of function and pride within the community.”