'My daughter, she’s not a killer. But she failed as a mother to protect her daughter.' 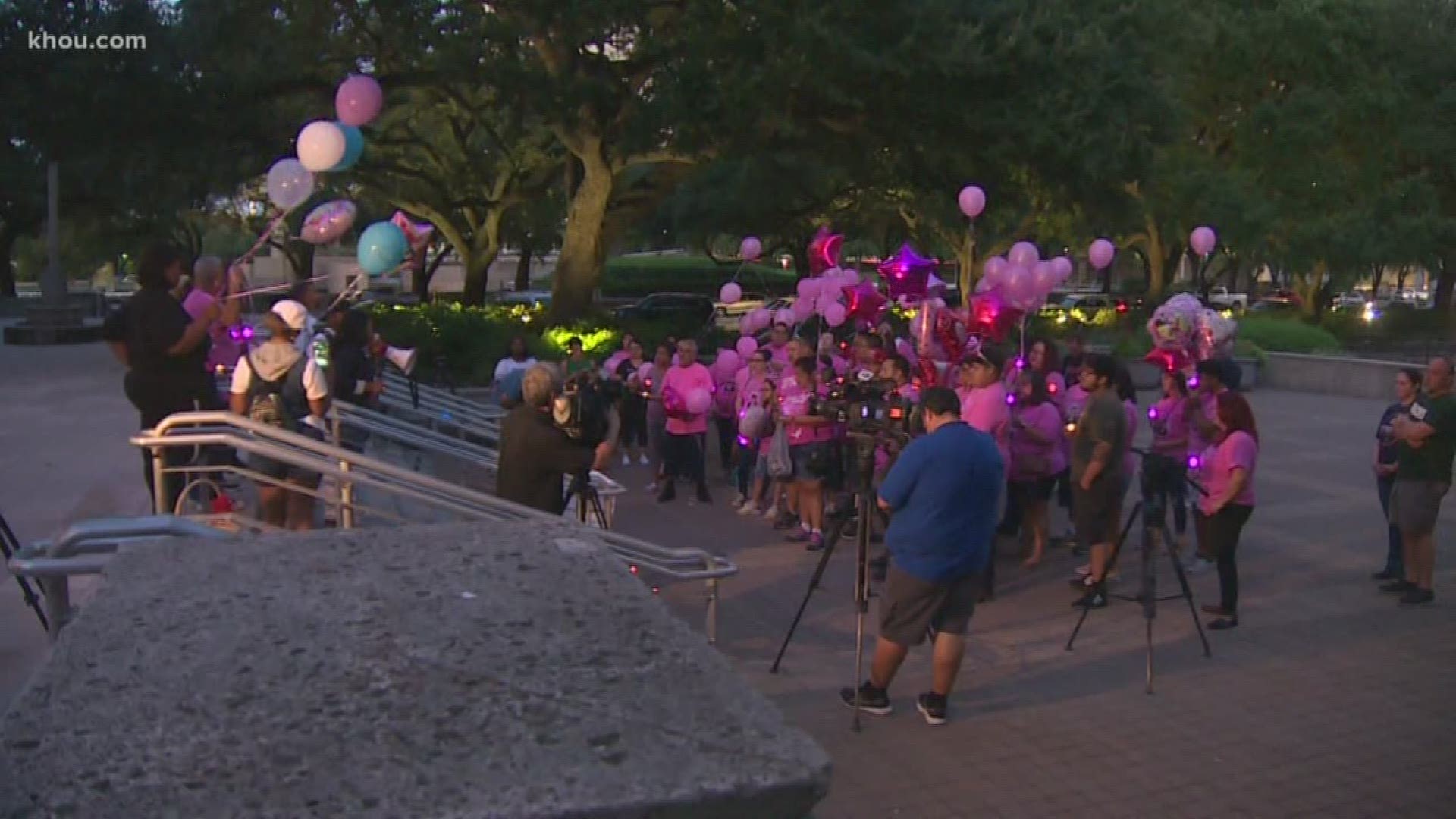 HOUSTON — For the first time, the grandmother of Sierra Patino spoke out about the little girl’s death.

The 5-year-old’s body was found in a closet over Labor Day weekend. Investigators with Houston Police said it had been there for days. A cause of death still hasn’t been determined by the medical examiner.

The child’s mother, Priscilla Torres, and her boyfriend, Santiago Esparza, are charged with tampering with evidence, a human corpse.

On Saturday, dozens of Sierra’s family and close friends gathered for a vigil in front of Houston’s City Hall to honor the little girl’s life.

“She was full of life,” said Rick Buentello, Sierra’s uncle. “She was a little ball of joy. She loved dancing and singing.”

Her grandmother, Patricia Patino, said Sierra called her every night, and when she couldn’t get in touch with Sierra over Labor Day Weekend, she knew something was wrong.

Patricia said she went to her daughter Priscilla Torres’ apartment to check on Sierra, but the police were already there. Sierra had already been found dead in a closet.

“If I could have hold her one more time, it would’ve helped me out. But they told me I wasn’t going to be able to because of her body. I said, I don’t care! Cover her...just let me hold her. I just wanna hold her," she said.

Court documents show Torres and Esparza Jr. stayed in the apartment for three days while Sierra's lifeless body laid in a bedroom closet, and the two even took a trip to Galveston before calling police.

Torres told detectives on Aug. 23 she and Sierra were at Esparza's apartment and he gave her a bath while she cooked dinner. She said the door to the bathroom was closed, and Esparza refused to open it.

Torres said when she was finally able to open the door, she noticed Sierra had what appeared to be burns on her body and possible bruises on her forehead. She said the bruises on Sierra were not there before Esparza decided to give her a bath.

Torres said Esparza denied doing anything wrong, only stating that whatever happened was an accident.

“My daughter, she’s not a killer,” Patricia Patino said. “But she failed as a mother to protect her daughter. She failed. But I blame him. I blame him, and I hope he gets what he gets. I hope he stays in jail I hope he gets hurt in jail.”

At Saturday’s vigil, a mayoral proclamation was announced making Sept. 9, 2019 Sierra Makayla Patino Day, a way to remember a little girl whose life ended too soon.