Police found her SUV yesterday, and today, the remains were identified as those of the missing mother. 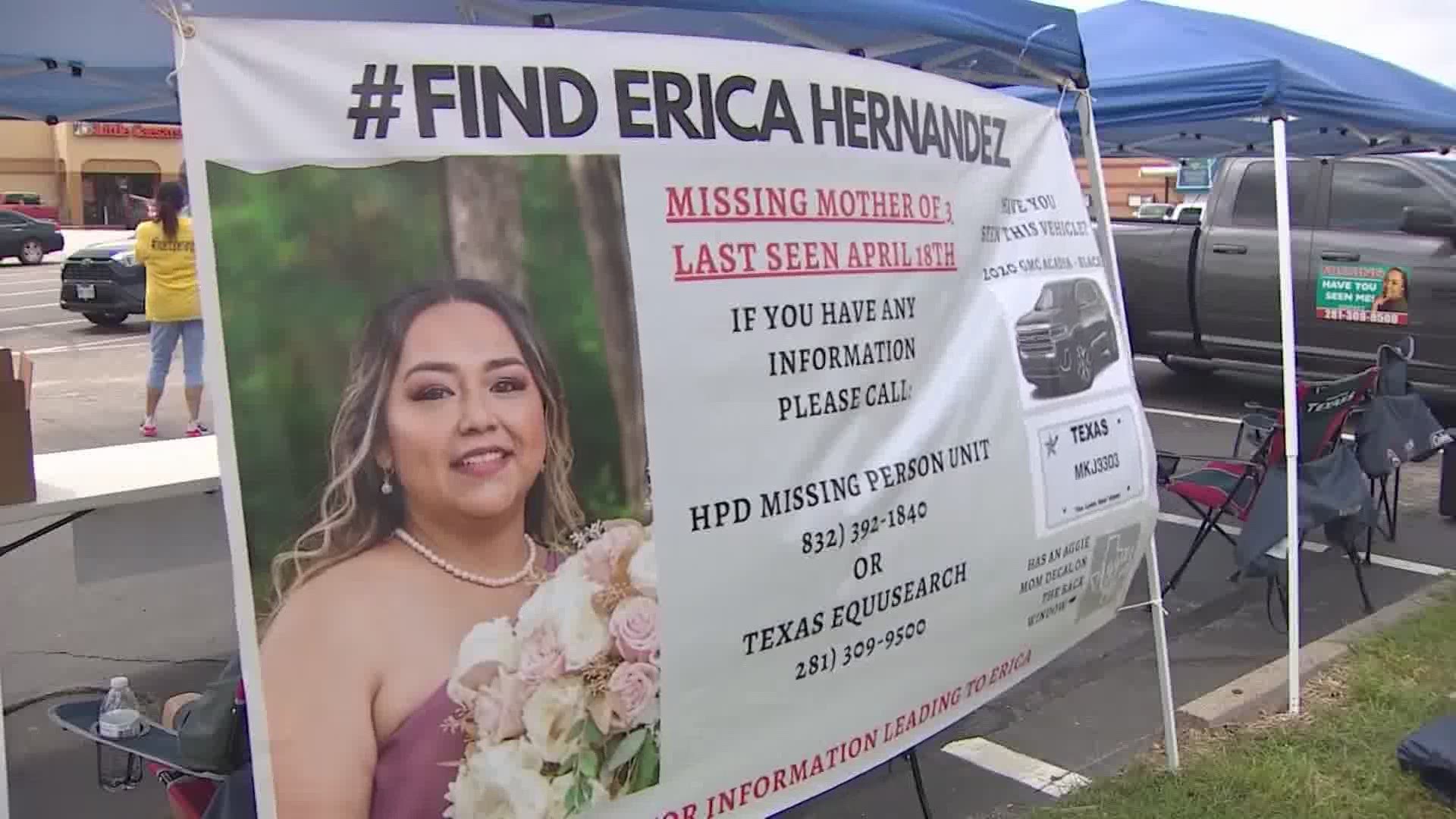 PEARLAND, Texas — The body found inside a submerged SUV on Tuesday has been positively identified, according to Pearland police.

The SUV belonged to missing woman Erica Hernandez, and a day after the discovery in the pond, the Galveston County Medical Examiner's Office identified the remains as those of the missing 40-year-old mother. Her cause of death has not been determined.

The SUV was pulled out of a pond near the intersection of Reflection Bay and North Clear Lake Loop. Police said it appears the SUV had been in the pond for a while, probably since the night Hernandez was reported missing. Police said it appeared that she was the only person inside the vehicle.

Investigators said the FBI gave them information that led them to the pond in Pearland. They found evidence suggesting the vehicle struck a curb and went into the water.

Multiple law enforcement agencies had spent weeks searching for Hernandez, who was last seen in the Braeswood/Bellfort area of southwest Houston around 2:45 a.m. on April 17.

Hernandez's daughter said she didn't have the words to express how she feels. The family said that since she disappeared, they've been waiting to find out what happened.

"It was hard yesterday. I couldn’t really ... I didn’t really want to go to sleep because it’s hard. How do you sleep after that?" Erica Hernandez's sister Ashley Hernandez said.

The family said the last 24 hours have been surreal. Ashley Hernandez said she was writing emails to local lawmakers asking for help when she found out Erica’s SUV had been found.

"I had to keep my composure because I was going to pick up my children. They’re taking it hard, too," Ashley Hernandez said.

Ashley Hernandez was at the scene when the SUV was pulled from the water on Tuesday. She said that’s when she realized her sister would not be coming home.

"It hurt me. Like, everybody left and I didn’t want to leave that location. I couldn’t leave. I had to sit there and just think," she said.

The Hernandez family said they still have a lot of unanswered questions but they're relieved they’re about to bring Erica's body home. Police said the investigation into what happened to Hernandez is still ongoing.