'Still need to keep going': Erica Hernandez's family doesn't know why she would be in Pearland

“I appreciate everybody. Every post. Every share. Every prayer. Every thought. Every kind word," Erica's sister says. 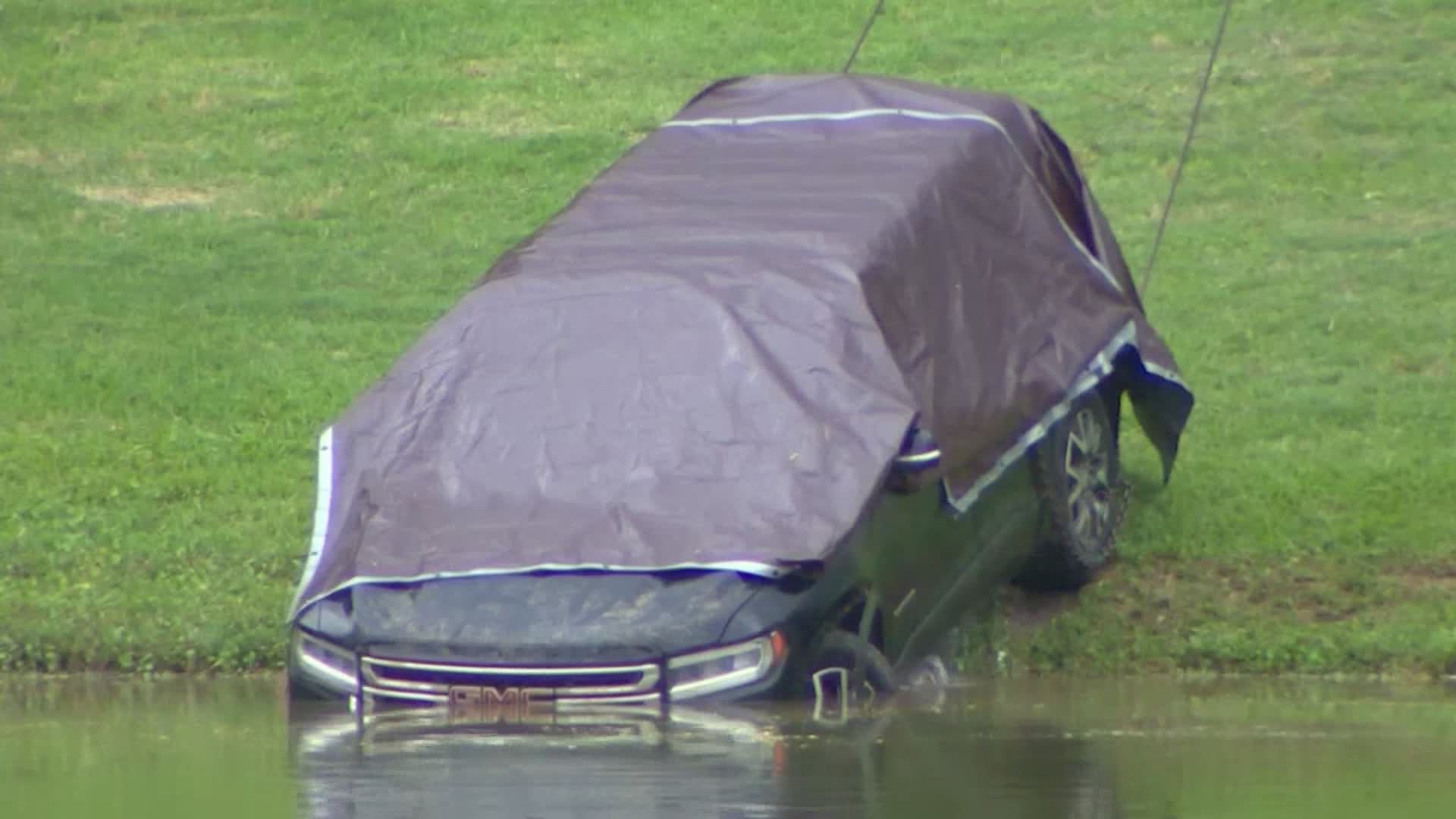 HOUSTON — The family of missing Houston mother Erica Hernandez gathered overnight at the Pearland pond where her SUV was found on Tuesday.

The body of the person found inside the vehicle has not been confirmed.

Erica’s sister, Ashley Hernandez, along with other family members, police and dozens have volunteers have been searching for Erica since she went missing April 18.

“I appreciate everybody. Every post. Every share. Every prayer. Every thought. Every kind word," she said Tuesday.

Erica's SUV was pulled from the water on and authorities covered it with a black tarp as the investigation continued.

The GMC was found in a pond near the intersection of Reflection Bay and North Clear Lake.

Investigators offered condolences to Hernandez's family but said they are waiting for an autopsy and positive identification before announcing that it is her body.

Investigators said information from the FBI led them to the pond in Pearland. That's where they found evidence suggesting the vehicle struck a curb and went into the water. It may have been there since the night the mother was reported missing, police said.

Prior to looking in the Pearland pond, authorities looked at other waterways and parks, including one in Missouri City.

Family members gathered at the Pearland pond on Tuesday evening as the investigation continued.

Credit: KHOU 11
Erica Hernandez, missing Houston mother (left) | Her family gathers (right) at the pond where her SUV and a body was found on May 11, 2021

The woman's sister said the Pearland location is not a place they know, and the family has been trying to figure out why Erica would have been there.

“We found her car, but we still need to keep going,” Ashley Hernandez said. “There’s no reason for her to be over here. I think somebody had to have made her go in this direction for whatever reason.”