Since her disappearance three weeks ago, the community has rallied around Hernandez’s family, including her three children. 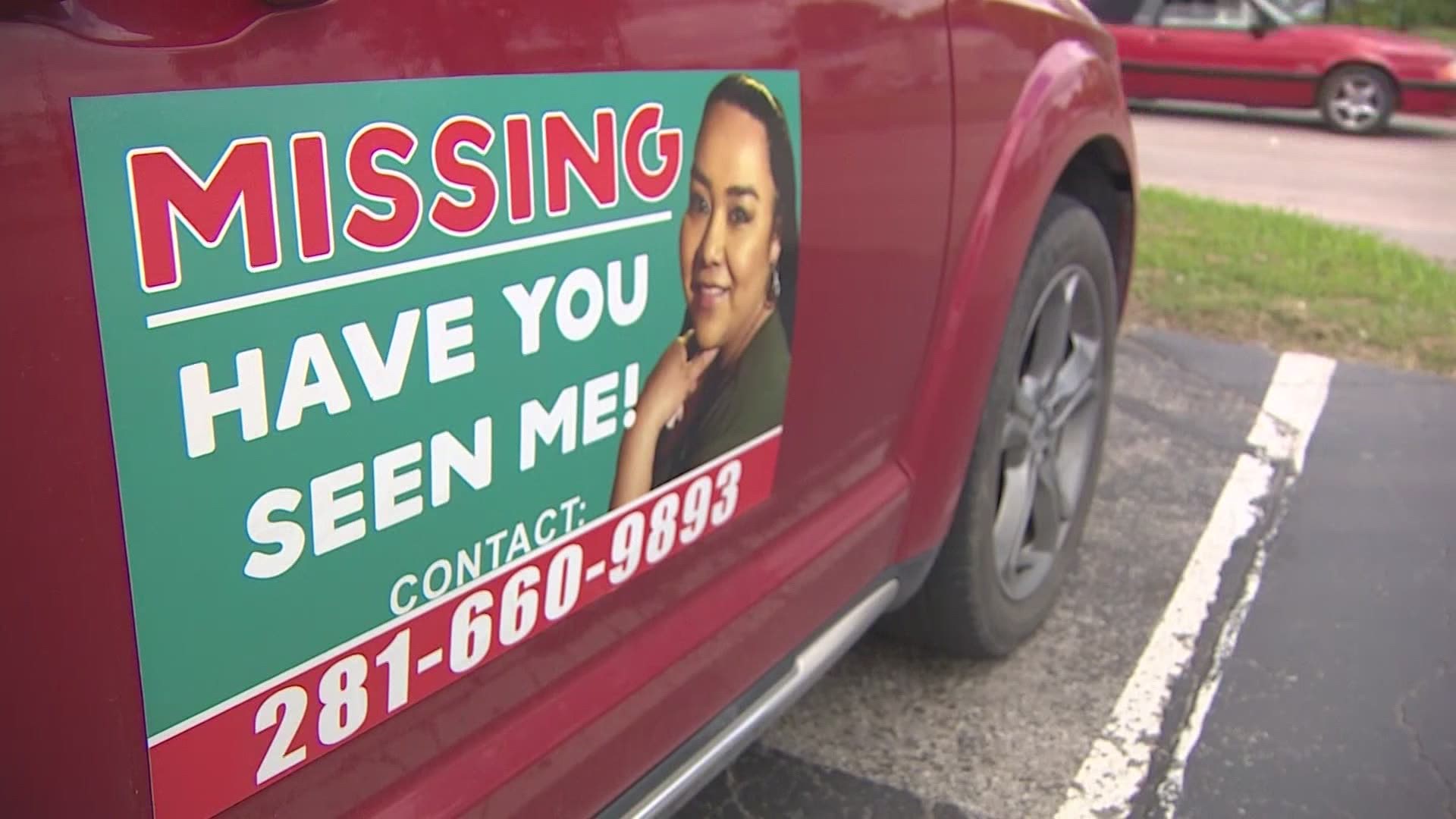 HOUSTON — Ahead of Mother’s Day, Erica Hernandez’s family, friends and even strangers made a big effort to find her with the hopes of reuniting her with her kids.

The mother of three vanished without a trace on April 18. Houston Police said they have not ruled out foul play.

Since her disappearance three weeks ago the community has rallied around Erica’s family.

Roxanna Palomo showed up to a command post for a search on Saturday morning.

“I felt compelled to do something rather than just watching it on TV,” Palomo said

Moms like Taschery Avila and Palomo are standing in solidarity with Hernandez’s kids, ages 19, 16 and 3.

Groups of volunteers canvassed areas in southwest Houston near south Post Oak and the Beltway where Hernandez was last seen.

However, there are no signs of the missing mother.

“It’s Mother’s Day weekend. I’m a mom, and I would want them to be searching for me. I would want volunteers to help me, to help my family,” Palomo said.

HPD said they soon plan to release unseen surveillance footage of Hernandez before she vanished.

Hernandez’s sister, Ashley, doesn’t know what was caught on camera, but she’s hopeful any new piece of information will help bring them one step closer to finding her.

In the meantime, Ashley is thankful and overwhelmed by the support.

“I didn’t know that type of love existed, and I’m just grateful for that,” Ashley said. “I know that those people have God in their heart, and I appreciate it.”

Hernandez was last seen driving a 2020 black GMC Acadia. The SUV had paper license plates: MKJ-3303. There was also an "Aggie Mom" sticker on the back windshield.

Anyone with any information that can help bring Hernandez home is urged to call Crime Stoppers at (713) 222-TIPS.