The Chambers County Sheriff's Office said the victims were working on a high-voltage transmission line early Sunday near FM 1942 and Hatcherville. 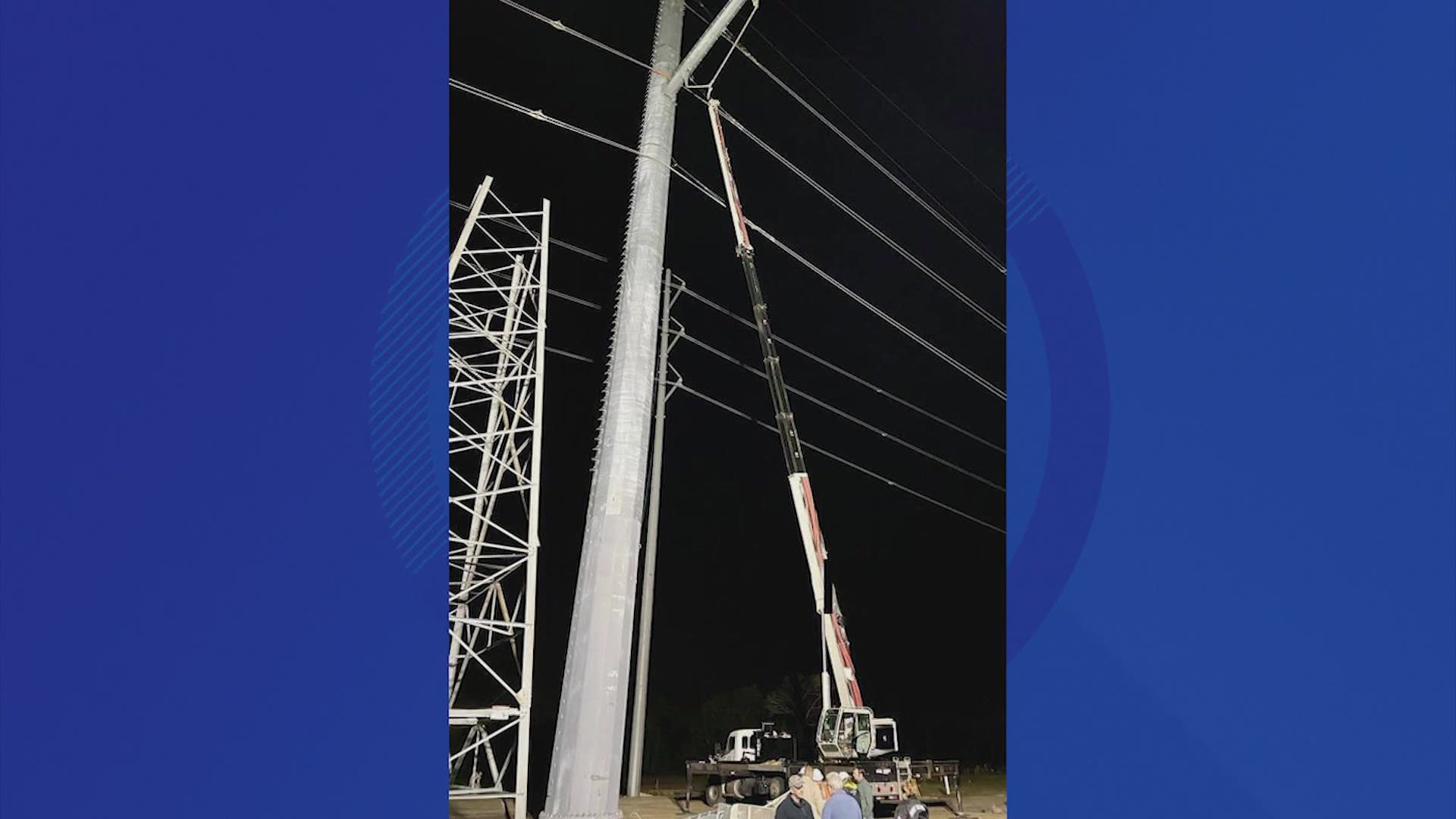 CHAMBERS COUNTY, Texas — An industrial accident just outside of Mont Belvieu has left one person dead and another hospitalized with critical injuries, according to the Chambers County Sheriff's Office.

Emergency crews were called shortly after midnight Sunday to the incident near FM 1942 and Hatcherville Road. Investigators said two linemen were working on a high-voltage transmission line when it happened.

The men were inside a metal lift basket attached to the jib of a crane when the basket became unstable and separated from the crane, according to deputies.

The basket reportedly dropped approximately 106 feet to the ground.

One worker was pronounced dead at the scene. The other was taken by helicopter to Memorial Herman Hospital in Houston. It was last reported the second worker is in critical condition.