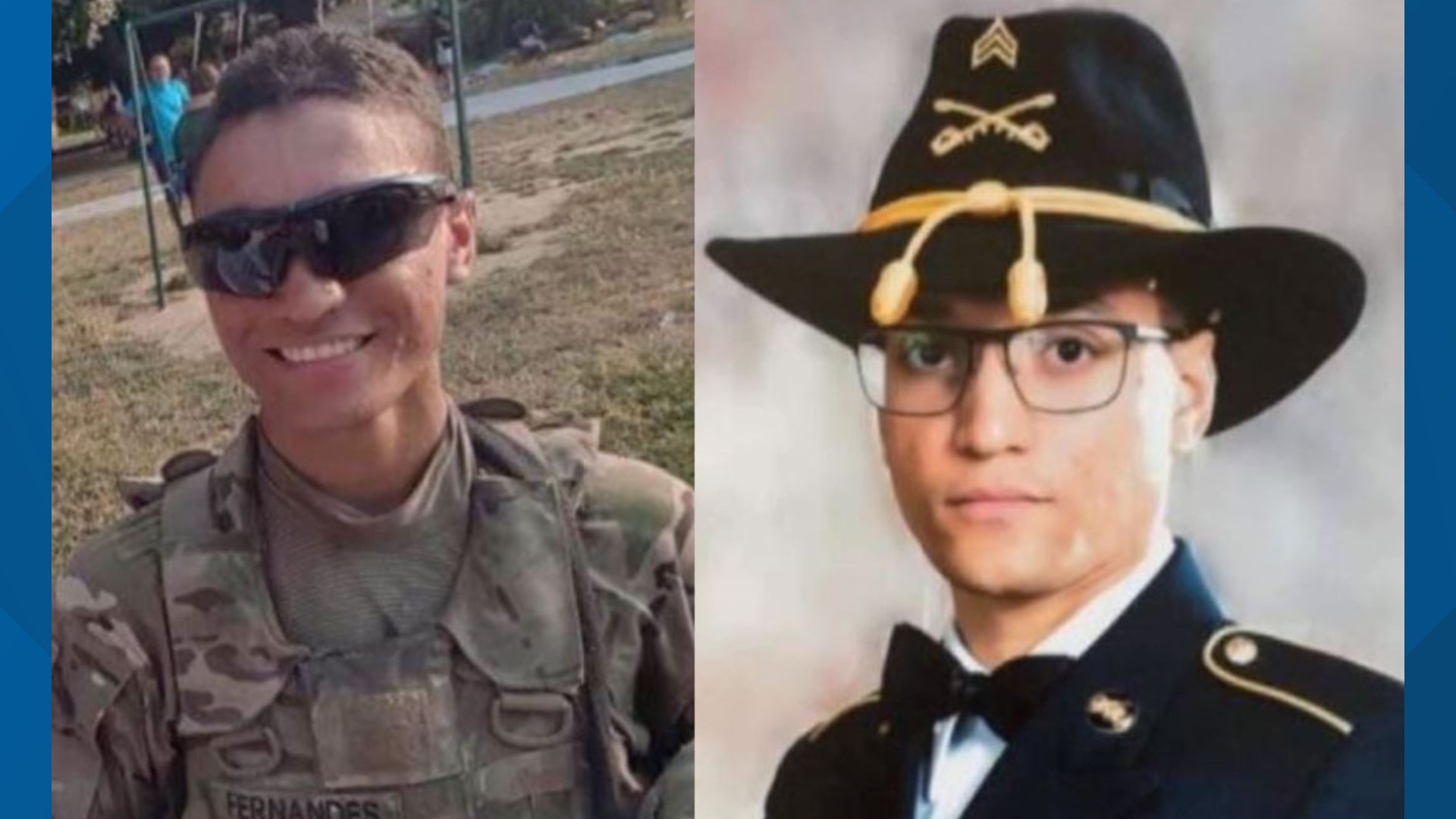 A body found in Temple is believed to be that of a Fort Hood soldier who's been missing for more than a week. The Temple Police Department said they received a call after 5:30 p.m. Tuesday about a body seen near the railroad tracks along S. 49th St. When officers arrived, they determined the body had been dead for some period of time, according to police.

Temple police said the body may be that of 23-year-old Sgt. Elder Fernandes, a Fort Hood soldier who has been missing since Aug. 17, but it was not confirmed through a forensics team.

Natalie Khawam, the Fernandes family attorney, told 6 News they received a call and went to the Killeen police station, where they learned a railroad employee found the body hanging from a tree near the railroad. Khawam wrote in a Facebook post early Wednesday morning that said Fernandes was found dead.

"We are sickened by this tragedy that has happened one too many times. We are heartbroken for Elder Fernandes’s family," she wrote in the post. "We will not stop until we find out what happened to Elder. We demand a Congressional Investigation of Ft. Hood. We must protect our soldiers!"

Khawam held a press conference at 3 p.m. Wednesday in Tampa where she has her offices. Khawam was joined by 20-year-old Pfc. Vanessa Guillen's sisters.

Khawam also represents Guillen's family. She was killed April 22 on post. A criminal complaint said Aaron Robinson killed Guillen with a hammer then, with the help of Cecily Aguilar, dismembered her body and buried the remains near the Leon River in Bell County.

Guillen's death sparked a nationwide movement using #IAmVanessaGuillen to expose sexual abuse and harassment in the military. Her family said she told them she was harassed by a superior but she did not report it for fear of retaliation. Ford Hood said they never found evidence of the harassment claim.

"The unit sexual assault response coordinator has been working closely with Sgt. Fernandes, ensuring he was aware of all his reporting, care, and victim advocacy options," Lt. Col. Chris Brautigam, Fort Hood public affairs officer, said in a statement.

Khawam said on Facebook Fernandes was assaulted by his sergeant then bullied and hazed for reporting it. Fort Hood had not confirmed those claims.

Police said there's no indication of foul play and the investigation was ongoing. Officials also said Elder's family was notified and an autopsy was ordered.

"Our thoughts and prayers are with the Fernandes family during this challenging time," Temple Police Chief Shawn Reynolds said.

Fort Hood's press release from August 21 states, "Fernandes was last seen by members of his unit on August 17, 2020, at a residence in Killeen."

Temple PD said they were leading the death investigation while working with the Fort Hood and Killeen Police Department Criminal Investigation Divisions.

Fernandes' death is one of several that have gained national attention over the past several months.

Pfc. Gregory Morales, 24, disappeared in August of 2019. His remains were found behind a neighborhood in Killeen in June 19. Killeen police are the lead agency investigating his death.

Pfc. Brandon Rosecrans, 28, was shot and killed in Harker Heights on May 18. Police said Brandon Michael Olivares, 28, shot Rosecrans four times while the two were in were in Rosecrans' SUV. He then dumped Rosecrans' body by the side of the road in the 2100 block of Fuller Lane.

Spc. Francisco Gilberto Hernandez, 24, drowned in Stillhouse Hollow Lake Aug. 1 while riding on an inner tube behind a boat.

Spc. Jakob Aton, 22, was killed Aug. 12 while trying to direct traffic around an accident scene on I-14 in Killeen.

Although Khawam said Fernandes was assaulted by his sergeant, CID said their investigation found the allegation to be unsubstantiated.

CID agent Damon Phelps said, "I can tell you that Sgt. Fernandes did report that he was sexually assaulted when somebody allegedly grabbed his buttocks. CID special agents fully investigated these allegations. Our investigation has been completed and is with the command and their legal team for further action if warranted. I can also share that the subject of the investigation took and passed a polygraph examination and we found no witnesses that could corroborate Sgt. Fernandes' allegations. there was a thorough legal review and the allegations were unsubstantiated."

Fort hood would not say who the subject of their investigation was.

One hour after the press conference, Fort Hood confirmed the death of Fernandes in a press release.

"It is with profound sadness the 1st Cavalry Division confirms Sgt. Elder Fernandes was found deceased Aug. 25 in Temple, Texas. Sgt. Elder Fernandes, 23, whose home of record is listed as Brockton, Mass., was found near Lake Polk in Temple. He entered the Army in September 2016 as a chemical, biological, radiological, and nuclear specialist and has been assigned to the 553rd Combat Sustainment Support Battalion (CSSB), 1st Sustainment Brigade, 1st Cavalry Division since April 2019," the release said.

“The Wagonmaster Family is heartbroken with the news of Sgt. Fernandes’ passing,” Col. Patrick Disney, commander of the 1st Cav. Div. Sust. Bde. said.  “Since his absence was reported, we have made a significant, concerted effort to search for him throughout Central Texas. We are grateful for the outpouring of support and assistance we received as we worked to find him. We send our deepest and most heartfelt condolences to his family and friends." 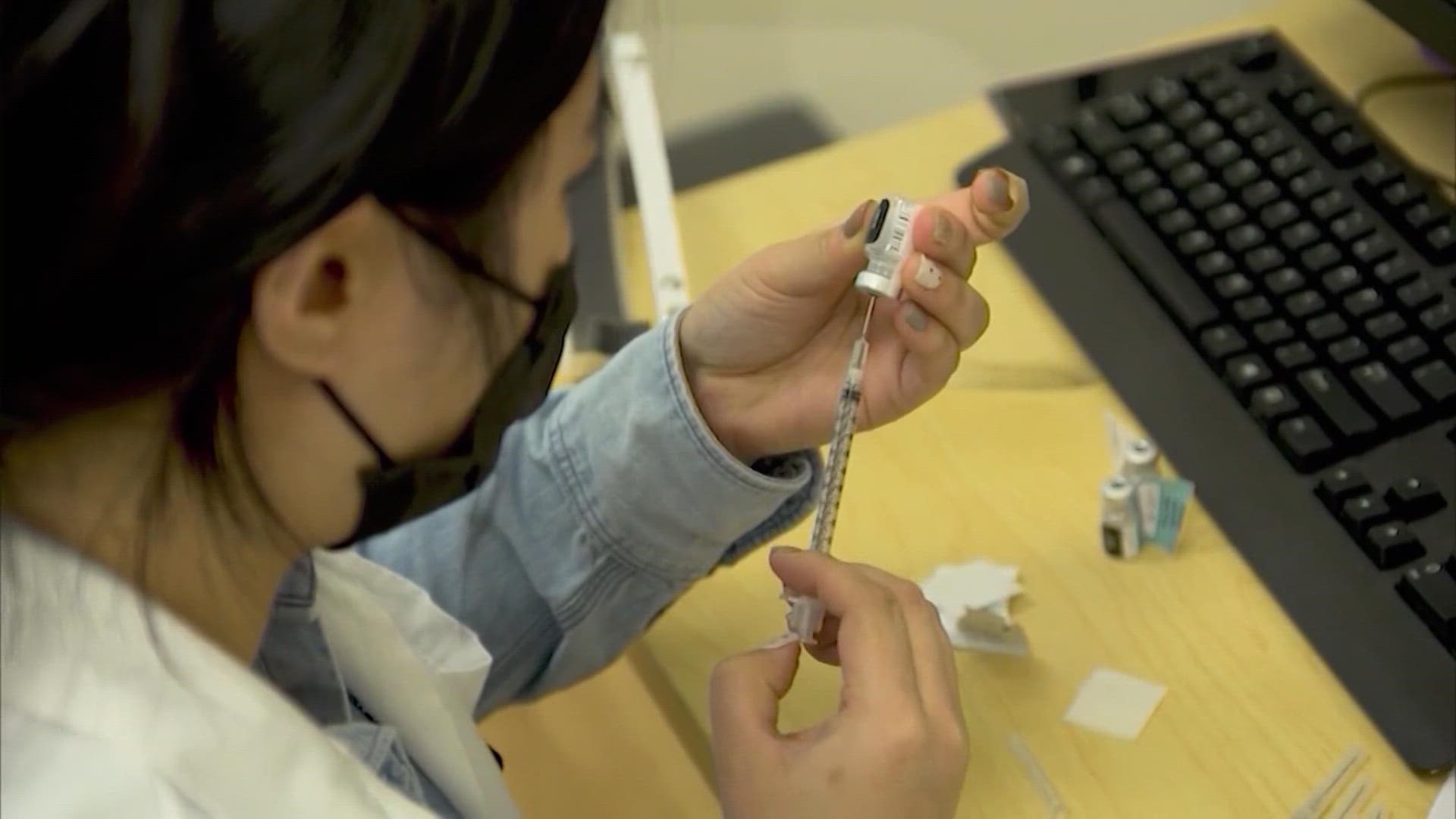