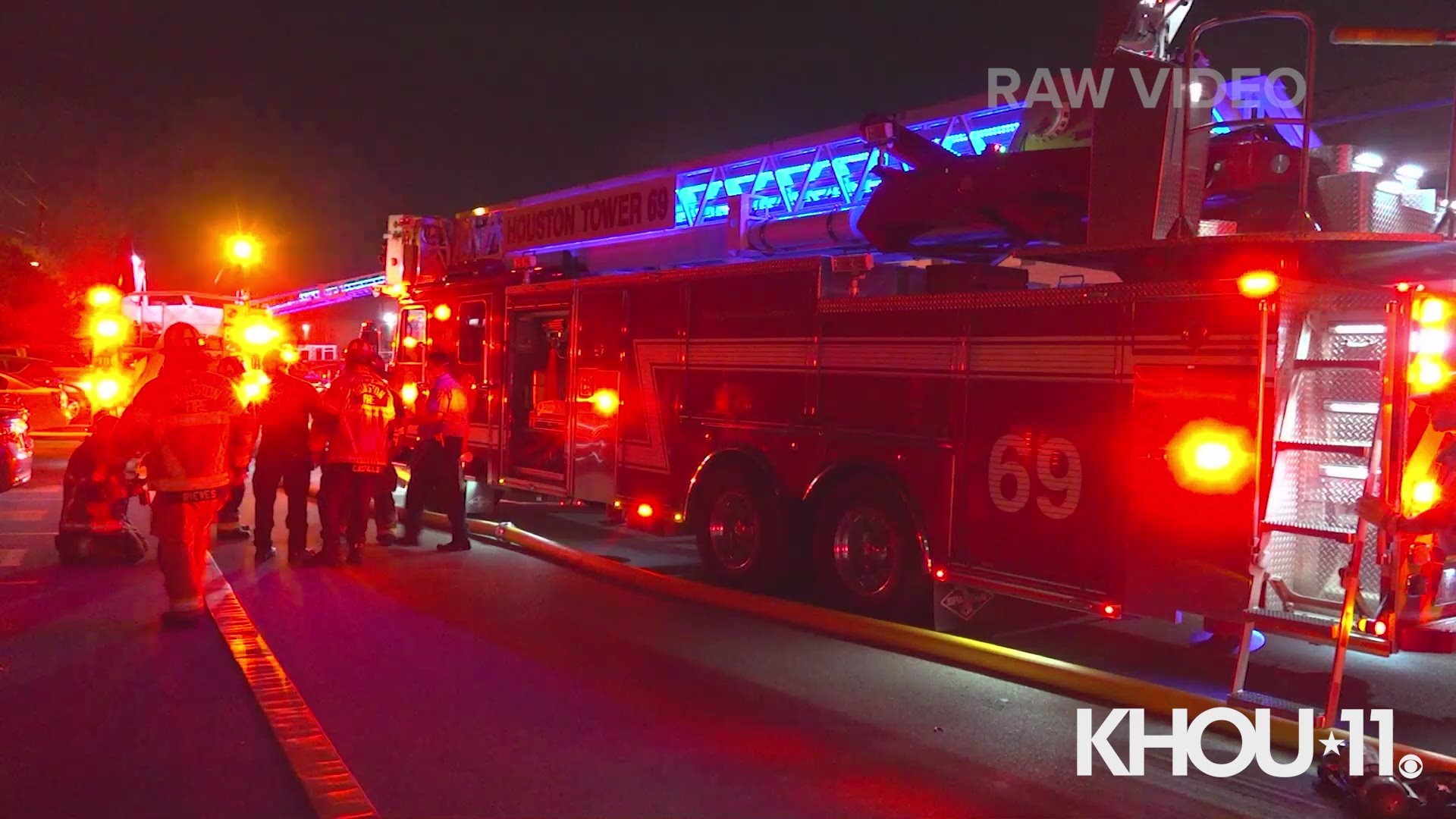 HOUSTON — At least three families lost their homes after a fire early Saturday at an apartment complex in southwest Houston, according to investigators.

Investigators said two nearby fire hydrants were dead, so crews were forced to use tank water from two fire trucks. It took firefighters about eight minutes to get the situation under control.

Everyone had already evacuated their apartment before fire crews arrived and none of the residents were injured.

One firefighter was taken to the hospital for heat exhaustion, but he’s expected to be OK. HFD said the same crew was out earlier Friday morning responding to a fire in the Galleria area.

According to firefighters, four apartment units were heavily damaged. The fire unit suffered significant water damage and the two neighboring units were destroyed by smoke.

Those displaced families are currently being helped by the American Red Cross.

The cause of the fire is still under investigation.