Josue Daniel Claros-Trajedo also allegedly fired a shot into the air before the police helicopter crashed but it's not clear if he was aiming at the chopper. 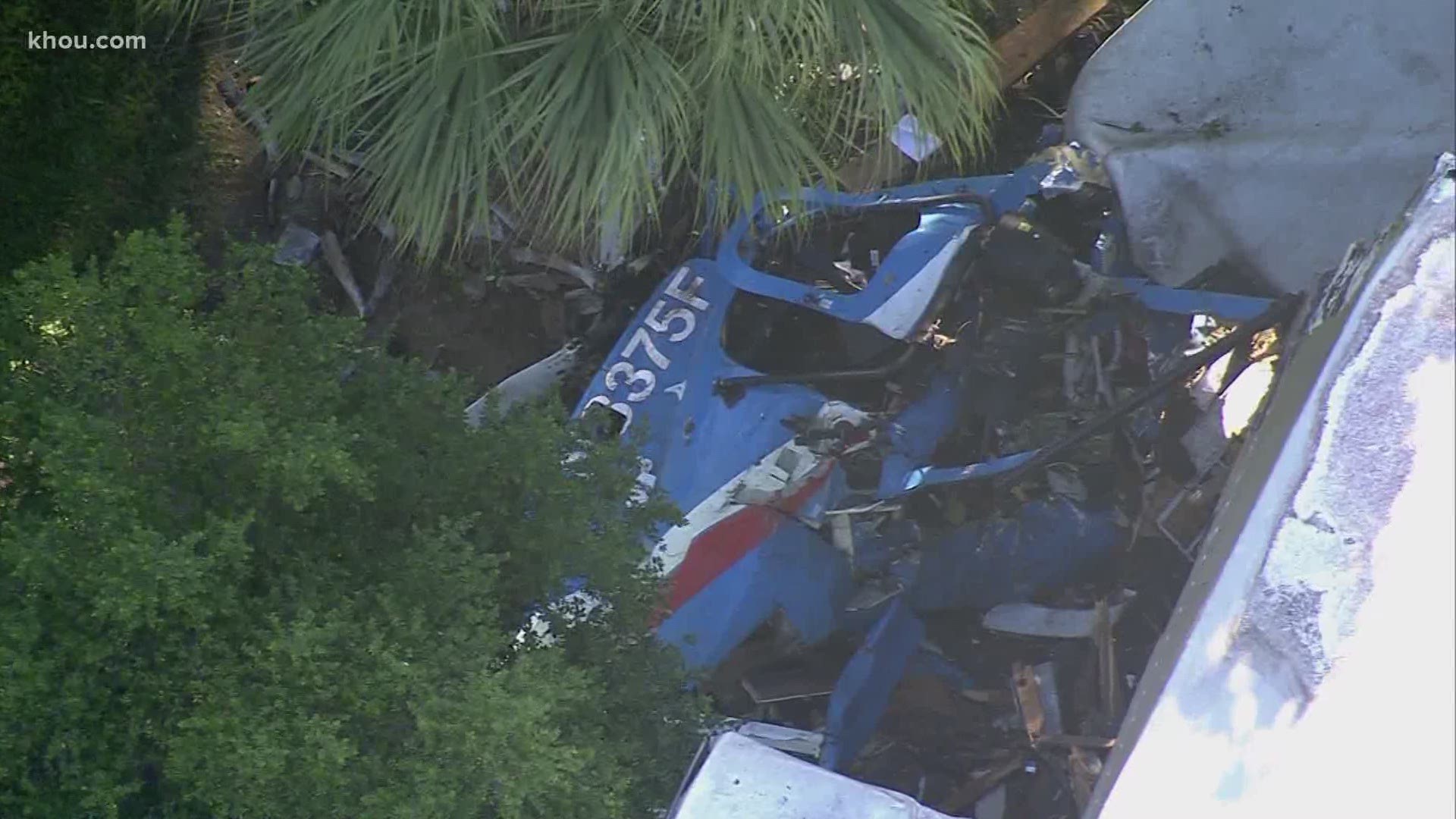 HOUSTON — A 19-year-old man has been arrested and charged with firing a gun at helicopters responding to a deadly HPD chopper crash on May 2.

Josue Daniel Claros-Trajedo shot five rounds into the air shortly after the crash around 2 a.m., according to court documents. He allegedly fired one shot before the crash but it's not clear if he was aiming at the HPD helicopter.

When Claros-Trajedo heard police approaching, he hid both guns in an air vent in his apartment, according to witnesses.

Claros-Trajedo, an undocumented immigrant, is charged with two counts of aggravated assault on a public servant. He also faces charges of discharging a firearm in a metro area, tampering with evidence, reckless driving and unlawfully carrying a weapon.

HPD Tactical Flight Officer Jason Knox was killed in the crash and pilot Chase Cormier was critically injured with a broken back. Officer Knox was laid to rest after an emotional funeral on Saturday.

There were reports of shots being fired before and after the crash and Police Chief Art Acevedo said six people were arrested.

It's not clear if Claros-Trajedo was one of those six. He is currently held on $100,000 bond and an immigration hold.

Knox and Cormier were responding to reports of bodies in a bayou but no bodies were ever found.

The cause of the crash remains under investigation but Acevedo said the morning of the crash that they weren't ruling out foul play.

The aircraft crashed  inside the Biscayne Apartments in the 17000 block of Imperial Valley.

Cormier managed to avoid hitting the apartment buildings, which Acevedo said undoubtedly would have resulted in more fatalities.

No one on the ground was injured.

Knox, 35, was sworn in as a HPD officer in June 2012. He was assigned to the Midwest Patrol Division and the Office of Public Affairs before joining the Air & Marine Division in January 2019. He is survived by his wife, a dispatcher for the Cy-Fair Fire Department, and.their two children. Knox's father Mike is a Houston city councilmember and former HPD officer.

A viewing for Knox was held Friday evening at Houston First Baptist Church and a private funeral is scheduled for Saturday.

Cormier, also 35, was moved to TIRR Memorial Hermann Friday to continue his rehab for a broken back and other injuries.

RELATED: Pilot injured in HPD helicopter crash was a hero during Hurricane Harvey