Officer Jason Knox died in a HPD helicopter crash early Saturday morning while investigating reports of bodies in a bayou. 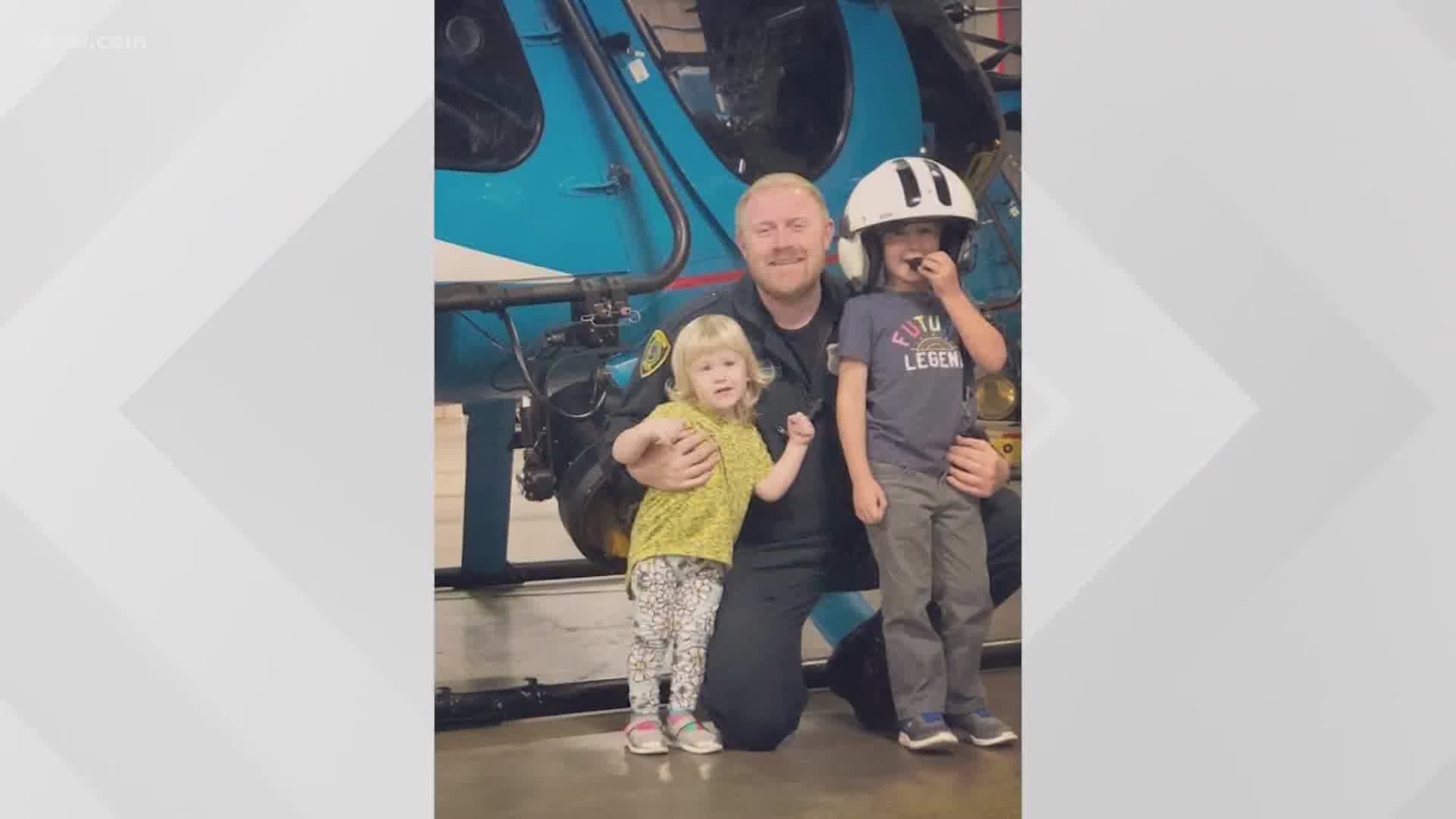 HOUSTON — The Houston community is coming together to uplift the families of two police officers who were involved in a fatal helicopter crash Saturday while investigating a possible homicide.

Officer Jason Knox was killed after the HPD chopper crashed in north Houston just before 2 a.m.

Knox, 35, is being remembered as an amazing officer, a devoted husband and loving father of two children.

The police department said Knox was assigned to the HPD Midwest Patrol Division and the Office of Public Affairs before joining the Air and Marine Division in January 2019.

He was the son of Houston City Council Member Michael Knox, a former HPD officer. Knox and his wife Helen released the following statement:

"My wife, Helen, and I and Jason’s wife, Keira, are deeply grateful for the outpouring of love and support from our Houston community. We celebrate all Jason embodied as a committed HPD officer and pilot who fully embraced his job and we celebrate Jason as he was outside of his work - a devoted husband, a loving father and our only son whom we cherished every day. Where there is great love, there is great loss. We love Jason with all of our hearts, as we always have, and we will keep all that he is alive for his children. As believers, we know Jason is in the loving arms of Jesus Christ, our Lord and Savior. We appreciate the privacy you have given us and continue to provide as we walk this road we would never wish for anyone, but that we now accept as ours."

A somber procession of HPD vehicles escorted Knox's body from the hospital to the medical examiner's office just before 8 a.m. Saturday.

"I want to ask the city of Houston to continue to lift up both families, but especially lift up the family of the police officer that has died," Turner said. "Lift up his wife, his parents, all their relatives and friends. And then at the same time, lift up the entire HPD family because it is a family— an extended family"

RELATED: One officer killed, another injured in helicopter crash in north Houston

The HPD helicopter, which is named 75 Fox, had flown over the graduation of several HPD cadets the morning before.

“If someone had told me a few hours later we would have an aircraft down and we’d lose a really good man, I would have said ‘no way,'” Acevedo said holding back tears.

The second officer, 35-year-old Chase Cormier, is expected to survive, but Acevedo said prayers are needed as his injuries were critical.

“We’re heartbroken for our brothers and sisters @houstonpolice at the loss of one of their officers in this morning’s helicopter crash. We offer prayers for him, his family, for the pilot who was injured, and for all of our friends and colleagues at HPD. We’re so sorry,” Houston FBI tweeted.

"The First Lady and I join with the people of Houston in mourning the loss of the Houston Police Department officer who was killed in this tragic accident," said Governor Abbott. "This terrible loss is a solemn reminder of the risks our law enforcement officers face in the line of duty. Our hearts are with the officer’s loved ones and the entire Houston Police Department during this time, and we pray for a swift and full recovery for the officer who was critically injured in this accident."

Mayor Sylvester Turner announced the lights of  City Hall, the bridges over 59 and the airport will be turned blue tonight In honor of Officer Knox.

OTHER TOP HEADLINES ON KHOU.COM