Officials argue in May, there was no way to predict the record COVID-19 cases and hospitalizations Texas is currently battling. 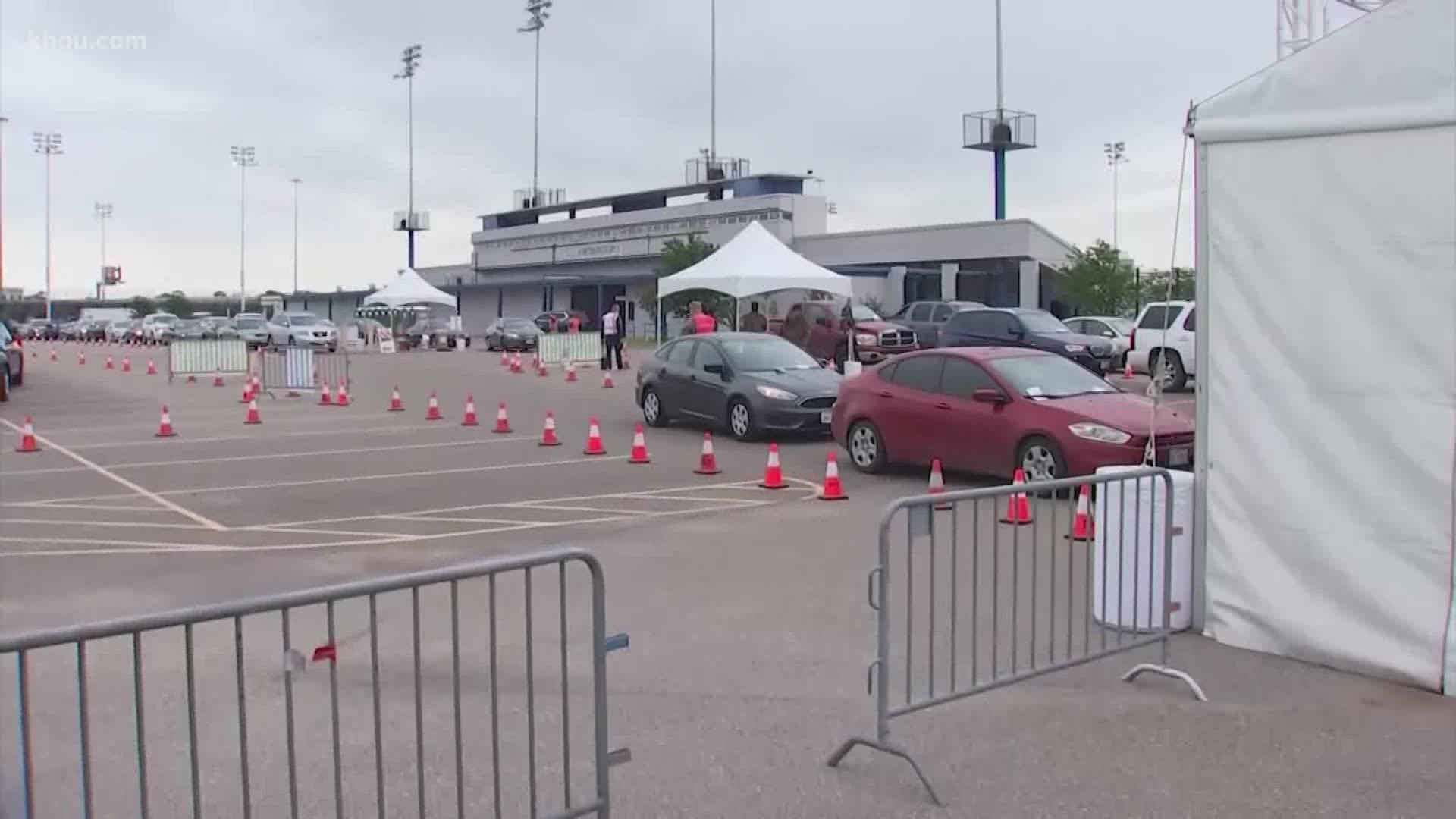 HOUSTON — Houston’s mayor and a bipartisan group of lawmakers are urging the federal government to reconsider plans to end support for COVID-19 testing by the end of the month.

That decision would impact four sites in Harris County.

The support from FEMA and the Department of Health and Human Services at the Community-Based Testing Sites was supposed to be a short-term plan. The feds have extended the deadline before, and a June 30 withdrawal date’s been set since May.

However, officials argue in May, there was no way to predict the record COVID-19 cases and hospitalizations Texas is currently battling.

Jackson-Lee and three other Congressional Democrats from Houston sent that message in a letter to the U.S. Surgeon General and the head of FEMA.

Those lawmakers say removing supplies, money, and people from four testing sites in Harris County would be “harmful and irresponsible." They want federal partners to stay through Aug. 30.

Dr. David Persse, Houston’s public health authority, made the same plea in a letter to the deputy surgeon general.

On Wednesday, U.S. Sen. John Cornyn (R-Texas) told reporters, “I believe that they need to extend that federal support in Texas, at least until we get this most recent uptick in cases addressed.”

“Just those two sites alone, over 60,000 people have been tested, and they are maxing out before noon every single day now,” Turner said. “They are hugely important. Now, we would love for FEMA to continue providing the resources and supporting those two sites, but if not, then the responsibility will fall on the city, working in conjunction with the Texas Department of Emergency Management.”

Stephen Williams, director of the Houston Health Department, said the city is also talking with organizations on whether they’d be willing to take on some or all of the functions at those two sites.

If none of those options work out, Turner says they’ll pull resources away from other testing sites, like mobile sites.

KHOU 11 News reached out to HHS Wednesday afternoon and is waiting to hear back.