A reward of up to $5,000 is offered for information given directly to Houston Crime Stoppers. 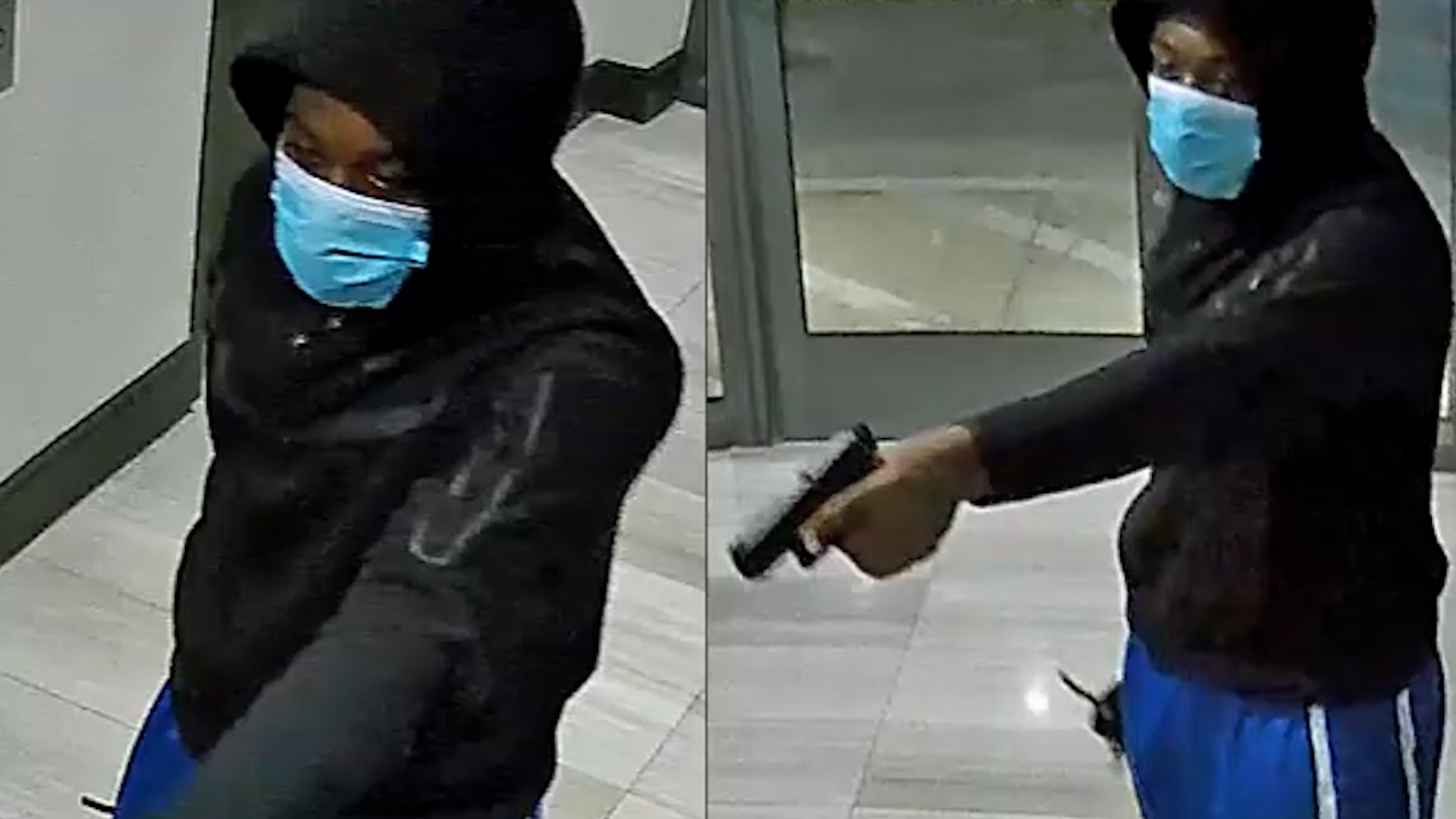 HOUSTON — Houston police have released video of a recent armed robbery in a downtown apartment building that they hope will lead to an arrest.

It happened early in the evening on Friday, Aug. 13, at a building in the 400 block of Travis, near Market Square.

Houston police said the victims had just parked in the garage after 7 p.m. and went to the elevator area when they were approached by a man who pointed a handgun at them.

The man demanded their belongings and then kicked one of the women while forcing them to lay on the ground. He then fled in a 2014 or 2015 black Chevrolet Camaro, HPD stated.

The man was said to be just over six feet tall and was wearing a black jacket with a hoodie and black shoes. The video shows he was also wearing a light blue medical mask.