A woman said she heard the gunfire and saw two males running from the scene where the victim was shot late Monday. 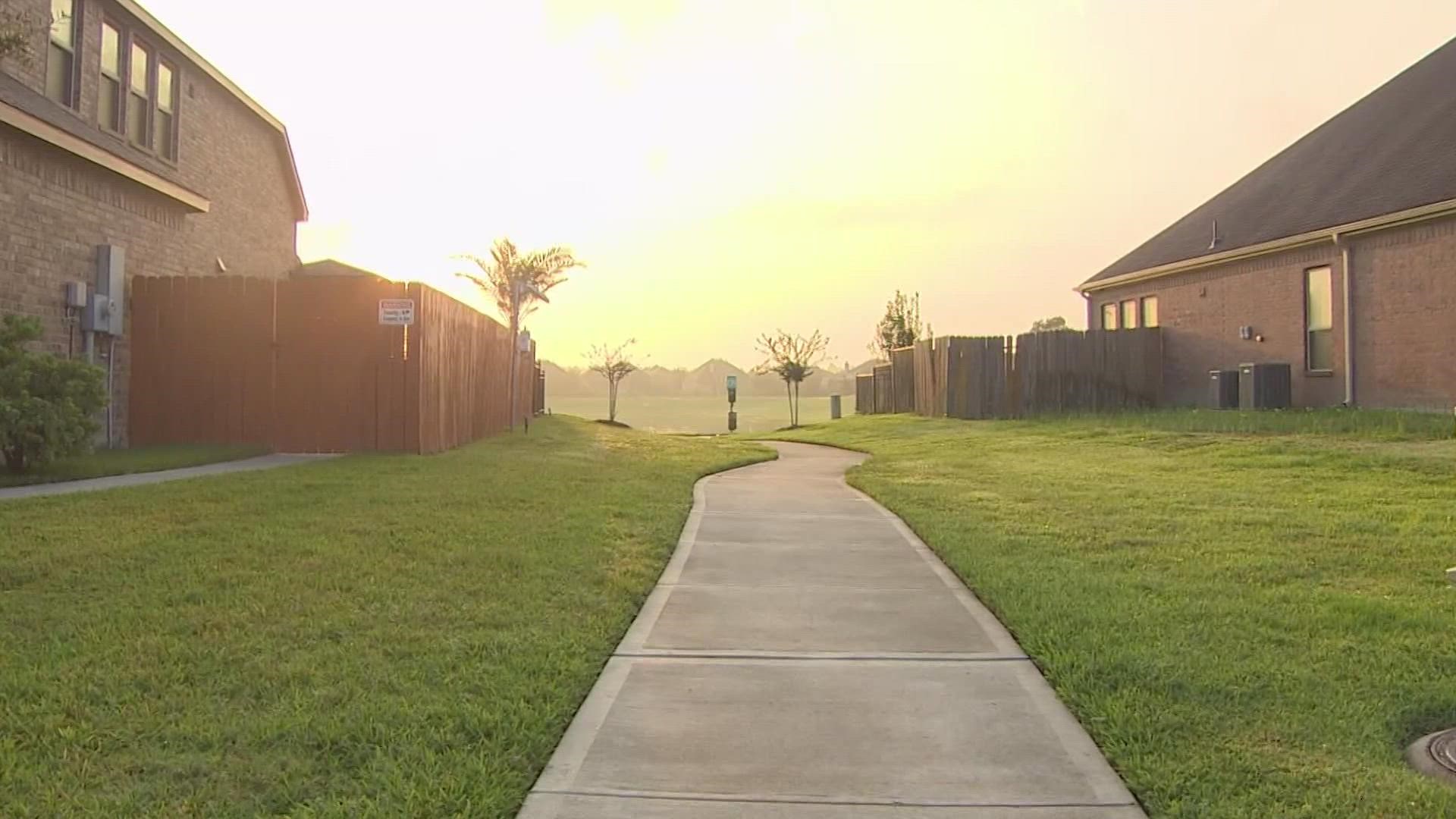 MONTGOMERY COUNTY, Texas — Investigators are trying to piece together what led up to the deadly shooting of a teenager in a Kingwood-area subdivision late Monday.

An HPD spokesperson confirms to KHOU 11 the teen was the son of a Houston  police officer.

"HPD is sad to confirm the victim, 14, is the son of an HPD officer. The family asks for prayers & that their privacy be respected in their time of grief," the department later tweeted.

Deputies with the Montgomery County Sheriff’s Office are working the case, but a number of HPD officers were seen in the neighborhood overnight as well.

The shooting happened along a sidewalk in the 25000 block of N. Kings Mill Lane shortly after 8 p.m.

A woman walking near the intersection of of Pauldron Drive told deputies she heard multiple gunshots and found the 14-year-old victim, who was dead when deputies arrived. She said she saw two men running from the area just after the gunshots.

I just confirmed w/ @houstonpolice spokesperson that the 14yo shot & killed in a Kingwood neighborhood last night — is a family member of an HPD officer.
Another tragedy — it’s been a heartbreaking 24hrs for the department.
My heart breaks for this teens family. 💔@KHOU https://t.co/wtIeFPczbZ

It appeared the victim was shot multiple times.

There’s not yet available a detailed description of the suspects. Anyone with tips is asked to call the Montgomery County Sheriff's Office at 936-760-5800 or Multi-County Crime Stoppers at 1-800-392-STOP.

The victim was a New Caney ISD student. The district released the following statement on Tuesday.

"New Caney ISD has been informed of the passing of a student Monday, Sept. 20. We are deeply saddened by this news, and our thoughts and prayers are with the student’s family and friends at this time. Additional counselors are available for students and staff as needed. NCISD police and local law enforcement do have an increased presence. For further information, please refer to the Montgomery County Sheriff’s Office as they are conducting the investigation."