“Justice is not blind apparently in Waller County. This person was looking for trouble and still walked away without as much as a slap on the wrist.” 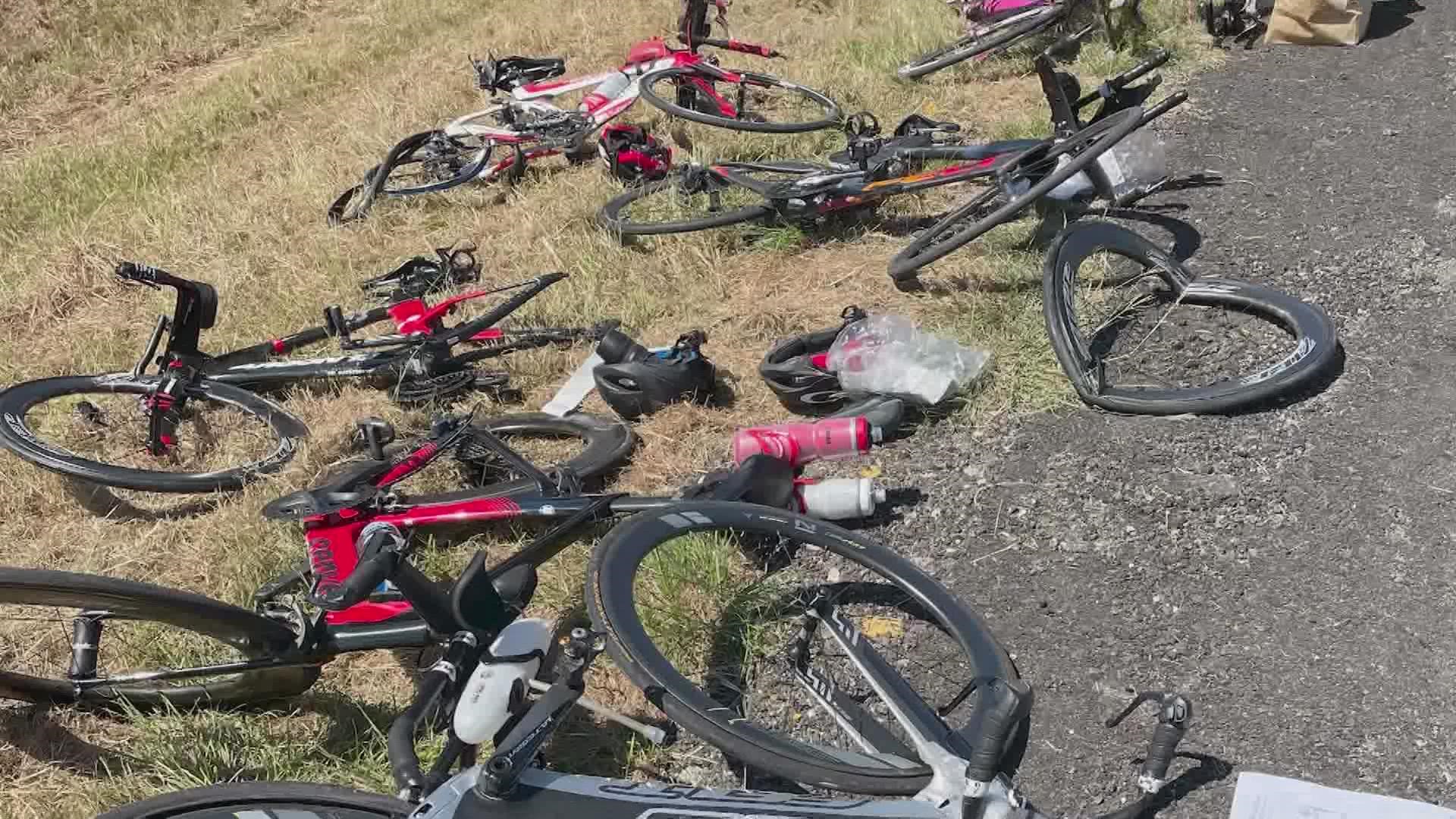 WALLER COUNTY, Texas — Waller Police are fielding plenty of questions this week after the teenage driver of a pickup truck, who injured six cyclists while allegedly taunting them, was sent away from the scene with no charges filed.

On Tuesday, the Waller County District Attorney’s Office even posted on its Facebook page saying the officer is getting inundated with phone calls and messages from people asking that very question.

This past Saturday morning, Waller Police confirmed six cyclists were hit by a pickup truck, three were seriously injured.

The riders were reportedly training for Ironman Texas next month. However, a witness said the teenage driver, had been rolling coal on the cyclists before the crash, which means using his truck to blow exhaust fumes in their faces to harass them. That’s when he crashed into several cyclists in front of his truck.

The driver stayed on the scene and spoke with police but still hasn’t been charged.

A statement of the Waller Police Facebook page said the incident is still under investigation.

The story has made headlines nationwide and drawn plenty of criticism to Waller County Police.

Joe Cutrufo, executive director with BikeHouston, said cyclists are no stranger to dealing with dangerous drivers on the roads.

“Justice is not blind apparently in Waller County,” Cutrufo said. "This person was looking for trouble and still walked away without as much as a slap on the wrist. If somebody were to hurt six people with anything else they would’ve been arrested on the spot.”

All six cyclists injured are out of the hospital but some are still dealing with serious injuries. They have retained legal counsel.

Meanwhile, the Waller County District Attorney’s office says it's getting inundated with messages from people across the state and county demanding the driver be charged. The DA is asking people to file their complaints with the mayor or police chief instead. Read the statement here.

“My client is a young man in high school with college aspirations. He is a new and inexperienced driver. Immediately after the accident police did an investigation at the scene. This included speaking with eye witnesses to the accident. After their investigation they decided not to charge my client and did not issue him a traffic ticket.

“My client stopped immediately, called 911, attempted to render aid and cooperated with police. The family prays for a quick recovery for the injured riders.”