“We’re a city that’s been overrun with cars and trucks. We’ve covered this city in asphalt,” said Joe Cutrufo with BikeHouston. 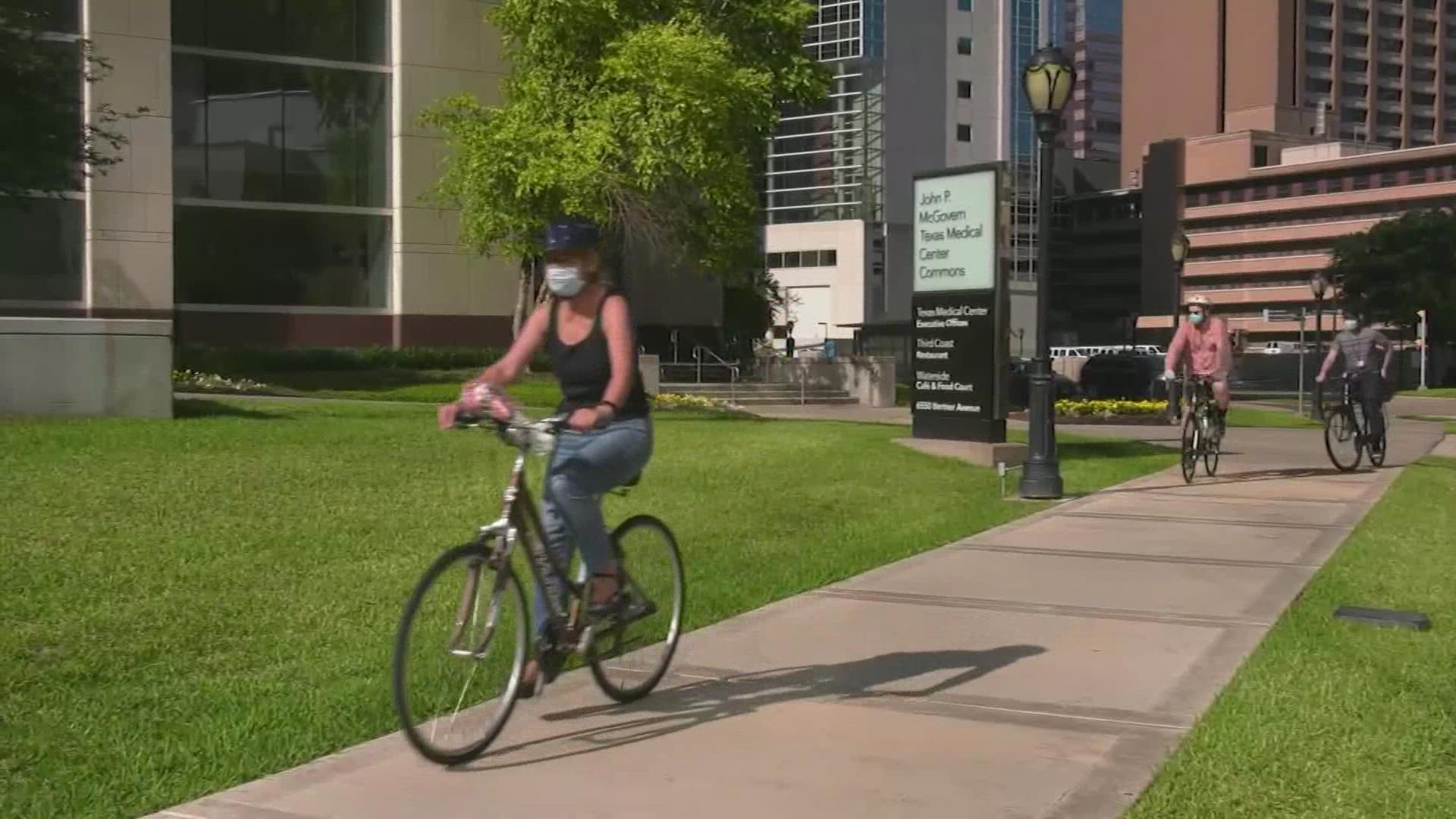 HOUSTON — It’s no secret that getting around Houston can be dangerous for many reasons.

That's why almost two years ago Mayor Sylvester Turner made a commitment to end traffic deaths and serious injuries on city streets by 2030 through Vision Zero.

The program prioritizes safety and accessibility when fixing streets.

Joe Cutrufo, executive director of BikeHouston, a nonprofit dedicated to making Houston safer for bicyclists, said Houston has the natural qualities of a bike friendly city. He said it’s flat and the weather is nice most of the year.

“But we’re a city that’s been overrun with cars and trucks. We’ve covered this city in asphalt,” Cutrufo said.

He added that some parts of town are safer than others. He points to streets like Westheimer Road that are always congested and offer no bike lanes.

David Fields, chief transportation planner for the city of Houston, said more than 200 people die on city streets every year.

“I would love to snap my fingers and have it done today,” Fields said.

He said the city’s Vision Zero has priorities to make streets safer for everyone. They include adding a certain number of sidewalks and bike lanes every year.

“Right now, underway, we have about 140 miles of bikeways in either planning, design or construction," Fields said.

He said they have identified high-crash area locations and found that 60 percent of crashes happen on just 6 percent of Houston streets.

“Which means that people will really see us focus on those 6 percent of streets because we know that is where things are happening most,” Fields said.

However, because Houston is so big, he said that will take some time.

“We are certainly making progress, but it’s at a snail’s pace,” Cutrufo said.

The city says they are working as fast as they can but acknowledge there’s a lot of work to be done.

They ask the public to get involved in identifying problem areas.