HPD: Men caught in the act stealing catalytic converters in custody after chase in NE Houston

Police could be seen pulling several catalytic converters from the suspects' wrecked car along with a hack saw and a gun. 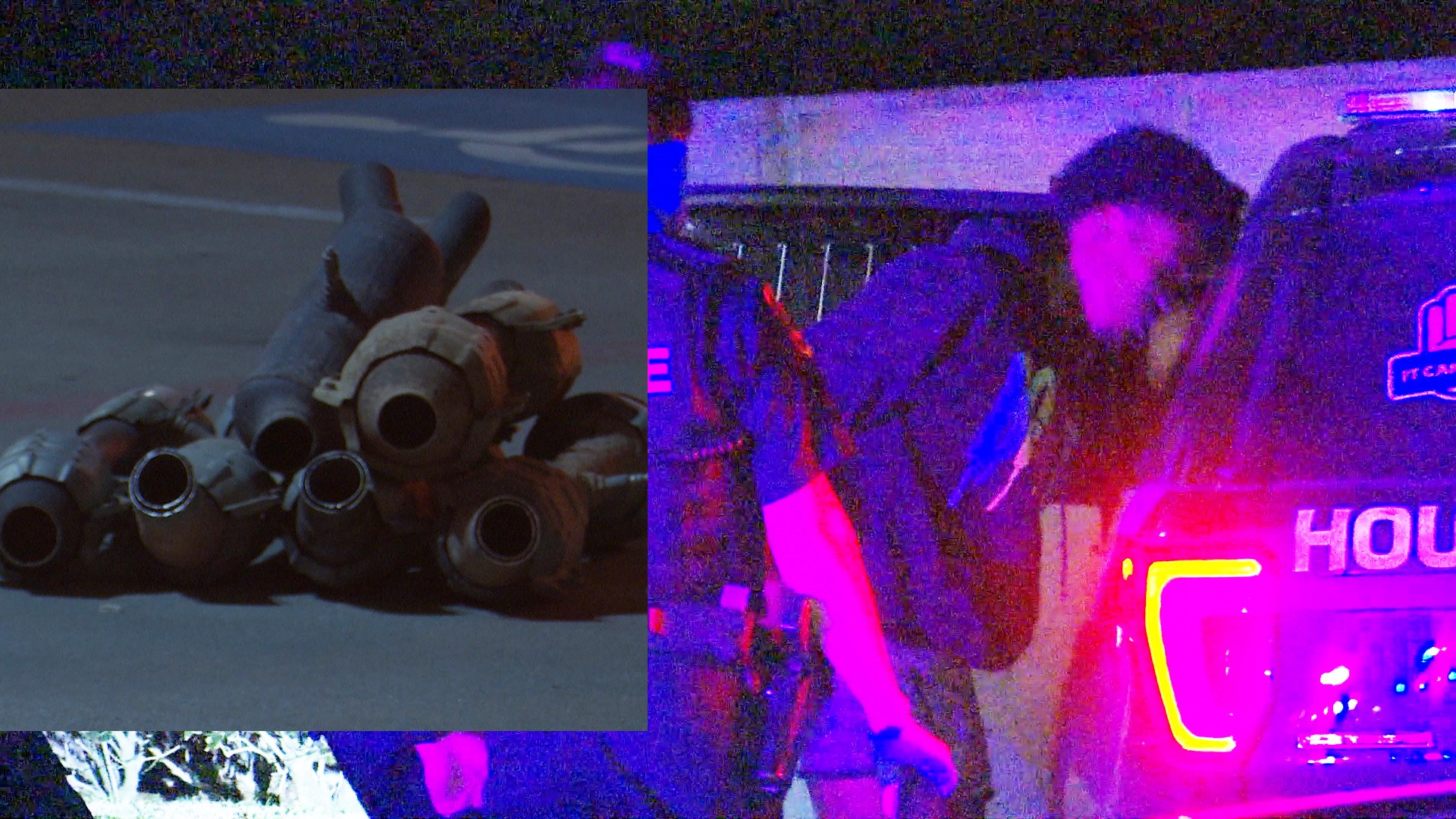 HOUSTON — Three people are in custody after they were allegedly caught stealing parts off of cars on Houston’s northeast side, leading to a chase, police said.

Lt. Mark Contreras with the Houston Police Department said it was before 4 a.m. when someone called officers and reported they saw the men attempting to steal catalytic converters off vehicles. Police arrived and interrupted the suspects, who then fled.

The suspects got in a vehicle and sped away on the Eastex Freeway heading to the Sam Houston Toll Road. Eventually they exited the tollway and wrecked at Wilson.

The suspects then tried to get away on foot, police said. One was caught right away — a police dog bit another and helped bring them into custody. All three were arrested, but at this time no names have been released.

Police could be seen pulling several catalytic converters from the wrecked car along with a hack saw and a gun.