HPD said the officers opened fire when the suspect refused to drop his weapon and surrender. They were reportedly unaware of the child in the backseat. 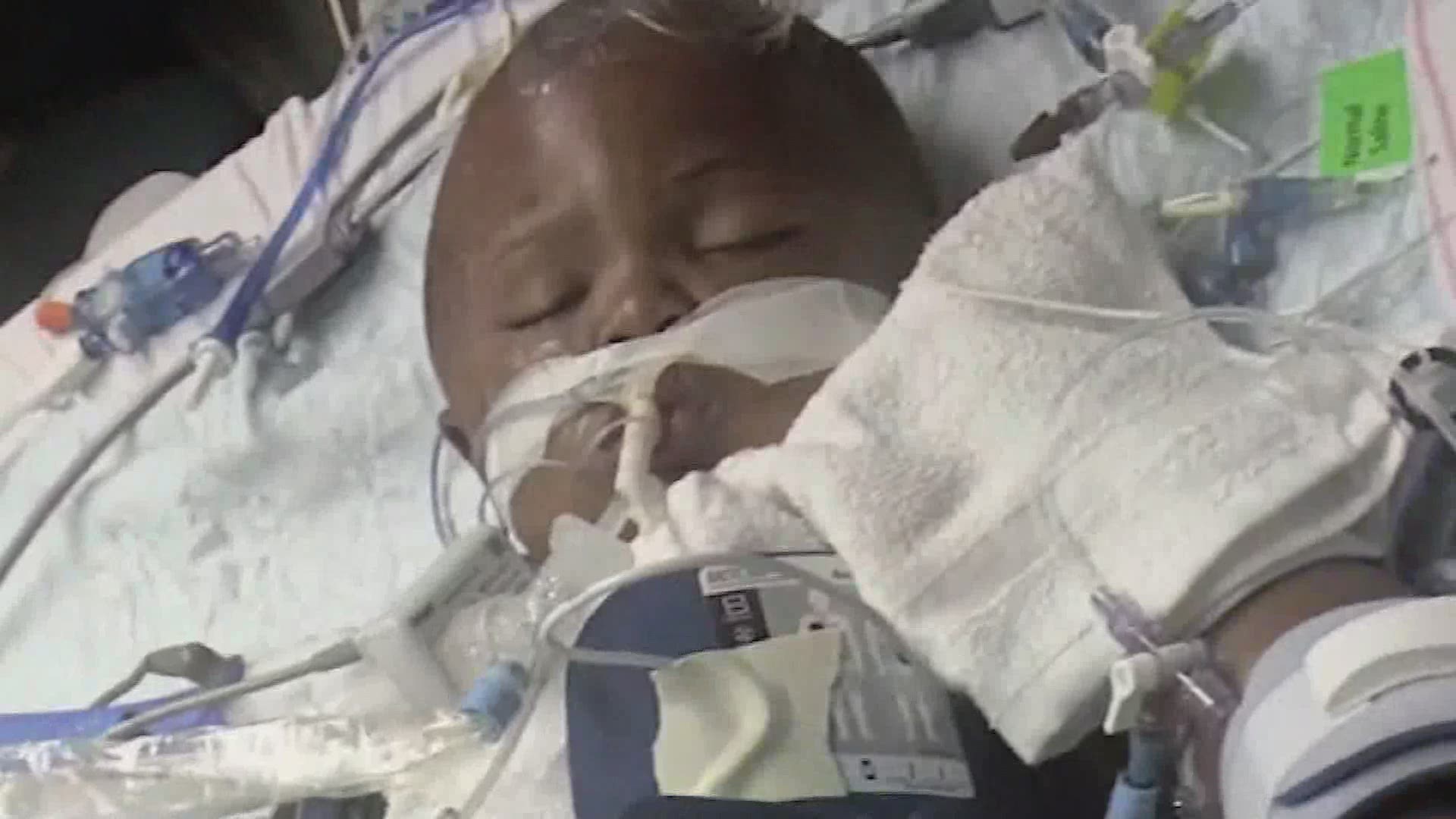 HOUSTON — The mother of the 1-year-old baby injured during an encounter between police and an alleged serial robber claims she was still inside her vehicle when officers opened fire.

Danisha Smalls and her son, Legend, were innocent bystanders.

Officers were chasing an armed suspect March 3 when the driver crashed at a Chevron gas station in southwest Houston.

According to the Houston Police Department, the suspect tried to escape by getting into a nearby vehicle. HPD said the officers opened fire when the suspect refused to drop his weapon and surrender. They were reportedly unaware of the child in the backseat.

The suspect was killed, and Legend was rushed to the hospital in critical condition.

Before she realized what was happening, Smalls said officers were already shooting at her vehicle.

Contrary to initial reports, Smalls said he child was not grazed but shot when the officers fired. The legal team also believes multiple officers fired at the vehicle although they’re not sure how many.

Nearly two weeks later, Legend remains in the pediatric intensive care unit. Smalls said the bullet has been taken out but fragments remain.

Attorney Ben Crump, who is representing the family, said a portion of the child’s skull was also removed to prevent brain smelling.

Crump said the press conference was the first time Smalls had left her child’s side since he was hospitalized.

Crump and his team are demanding additional video be released from the shooting. They plan to file a lawsuit against HPD as the investigation unfolds.

“We have to weigh all of what happened that night to determine, whether it was objective and reasonable,” co-counselor Attorney Antonio Romanucci. “We know that by the orders of the Houston Police Department, that they determined that all human life has value. That means the value of suspect that run away from them; that means innocent people who sent in the front seat of their cars at a gas station; certainly, that pertains to innocent children, and baby’s that are in car seats in the rear seats of vehicle.

Crump alleges the baby was a victim of reckless shooting triggered by racial bias.

“We will talk about the issue of Houston Police shooting into the car of an innocent black woman," Crump said. "When it comes to African-Americans, police officers shoot first and ask questions later. They don’t do that to other citizens.”

"To have to encounter issues like this over and over again, we've got to make a change and we can't continue to do this," said Houston attorney Darren Miller.

"As we said from the scene the night of the shooting, we are hoping and praying for the full and speedy recovery of this ittle one-year-old Legend Smalls. He and his young, 19-year-old mother were innocently getting gas when an armed suspect, fleeing from police, attempted to carjack them. Fearing for the mother's safety, one of our officers discharged his weapon, fatally striking the suspect. Sadly, baby Legend was also struck. Officers at the scene immediately rendered first aid to Legend. Myself and Execuive Assistant Chief Tory Finner personally went to the hospital to check on the baby and meet with his mother.

"As is standard in Houston Police Department officer-involved shooting incidents, the case is being investigated by the HPD Special Investigations Unit and Internal Affairs Division. As is also customary, the Harris County District Attorney's Office is conducting a separate investigation. Upon the conclusion of the investigations, HPD will report back to the community our findings.

"Due to these ongoing investigations and pending litigation, we won't comment further, other than to reiterate our collective hearts are praying for the entire family."