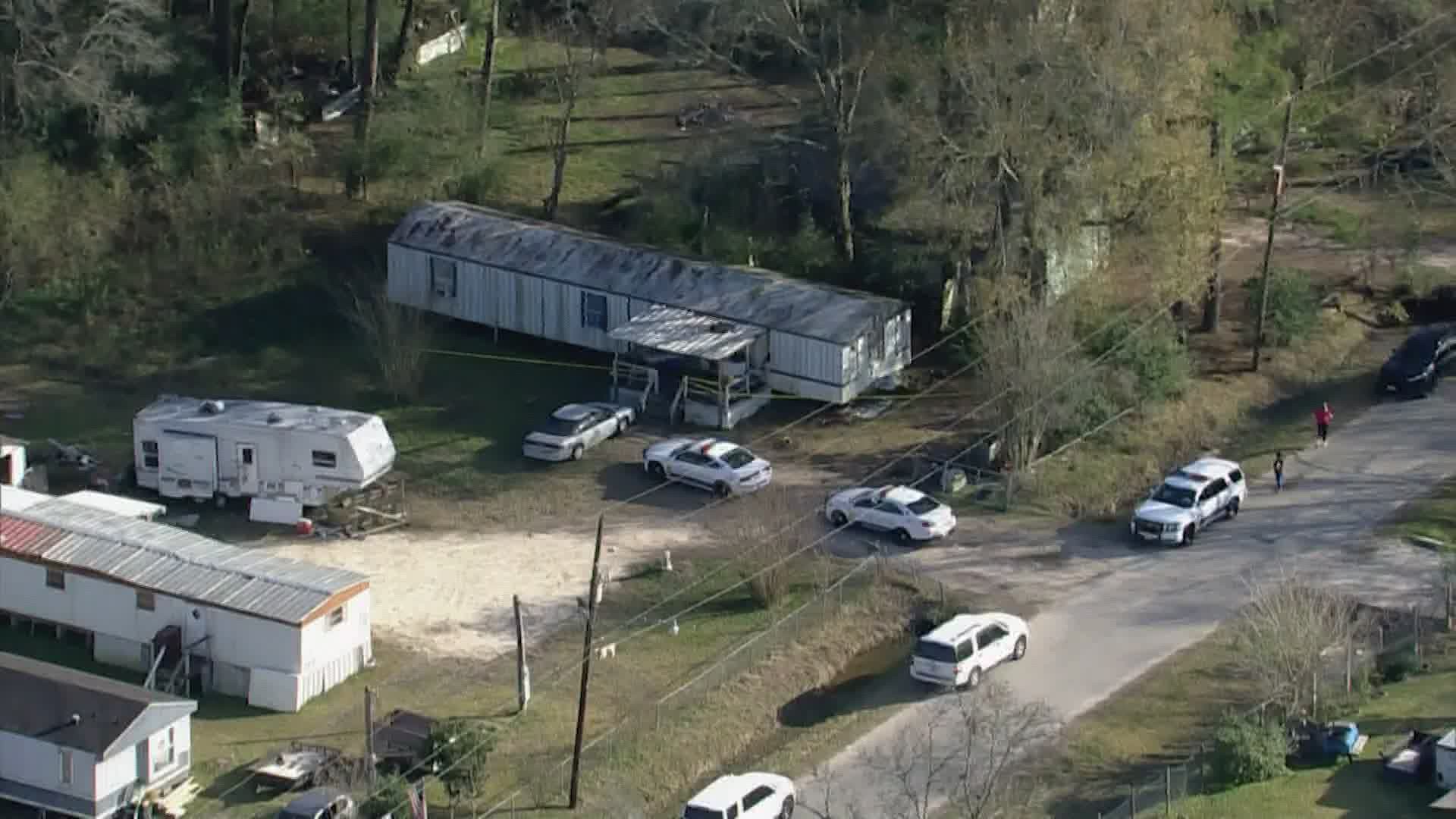 PORTER, Texas — A 36-year-old man is in custody and facing multiple charges after authorities said he stabbed four of his family members at a home in Montgomery County.

As of Tuesday afternoon, Nathan Carlin was still a wanted man, and authorities said he should be considered armed and dangerous. By early Wednesday, the sheriff's office announced Carlin was in custody.

They suffered lacerations and puncture wounds, authorities said. They were taken to area hospitals and were last reported to be in stable, but serious, condition.

Investigators said Carlin got into an argument with some of the victims at the house before he attacked them. He then fled the scene on foot.

Photo seen here is his driver's license, prior to arrest, released during the suspect search

Shortly after 12 a.m. Wednesday, deputies said Carlin was arrested and in the Montgomery County jail "on felony charges including Injury to a Child and multiple charges of Aggravated Assault."