The 43-year-old man was a pastor for Grace Family Baptist Church but recently stepped down from the ministry. 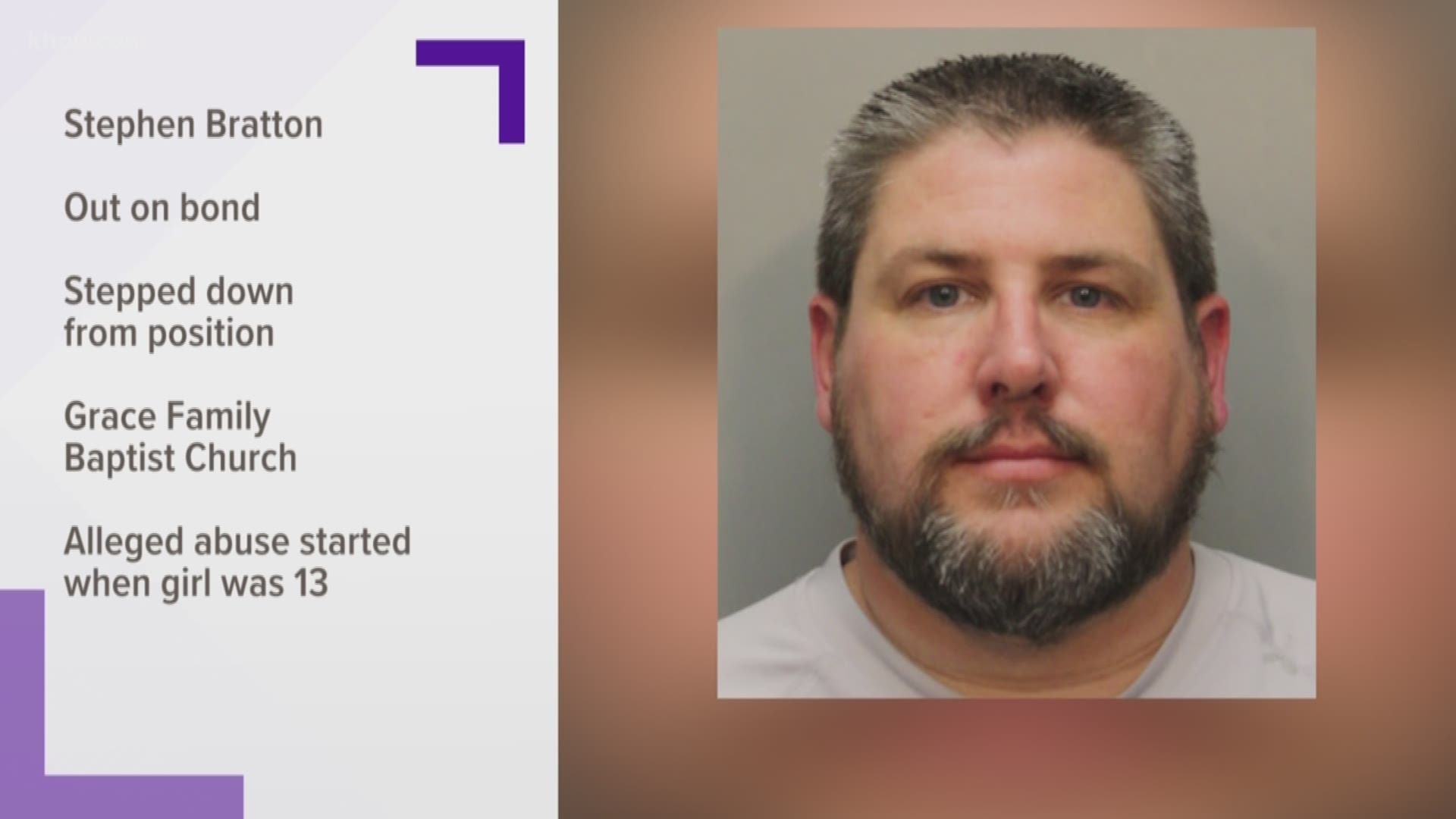 HOUSTON — A local pastor has been arrested and charged for sexual abuse of a family member, according to the Harris County District Attorney's Office.

Stephen Bratton, 43, has been charged with one count of continuous sexual abuse of a child.

The victim said Bratton sexually abused her starting from 2013, when she was just 13 years old. The abuse continued until in 2018, the D.A.'s Office said.

The victim said they would have sex multiple times a day or several times a week.

Bratton was a pastor for Grace Family Baptist Church. He recently stepped down from the ministry and is no longer a pastor there.

We are aware of the situation regarding Stephen Bratton and the charges that have been filed against him and of his arrest on June 14th.

Stephen Bratton confessed to Erin Frye and Aaron Wright, both pastors at the church, of sexually abusing a minor in an ongoing way for a number of years on May 16th. This is the first time this had been brought to the attention of the pastors.

This activity is wrong according to Biblical and civil law and the church condemns the behavior as abhorrent.

The elders immediately filed a police report with Harris County Sheriff’s Office the same day, May 16th. As the weeks followed the pastors continued to make contact with the detective because they desired the case to be brought forward so that justice would be served. Once the case began we continued to cooperate fully throughout the investigation.

The elders have called upon Stephen Bratton to accept the full responsibility for his actions and to place himself at the mercy of the criminal justice system.

Stephen Bratton was also excommunicated by the church the following Sunday, May 19th. Therefore he is no longer a member of the church.

Currently we are working to meet the needs of the family and the victim.

We have deep grief for the victim and have sought to respect the privacy and identity of the victim throughout this process.