In the last three weeks, there have been ten drownings in the Houston area that have taken the lives of six children and four adults. 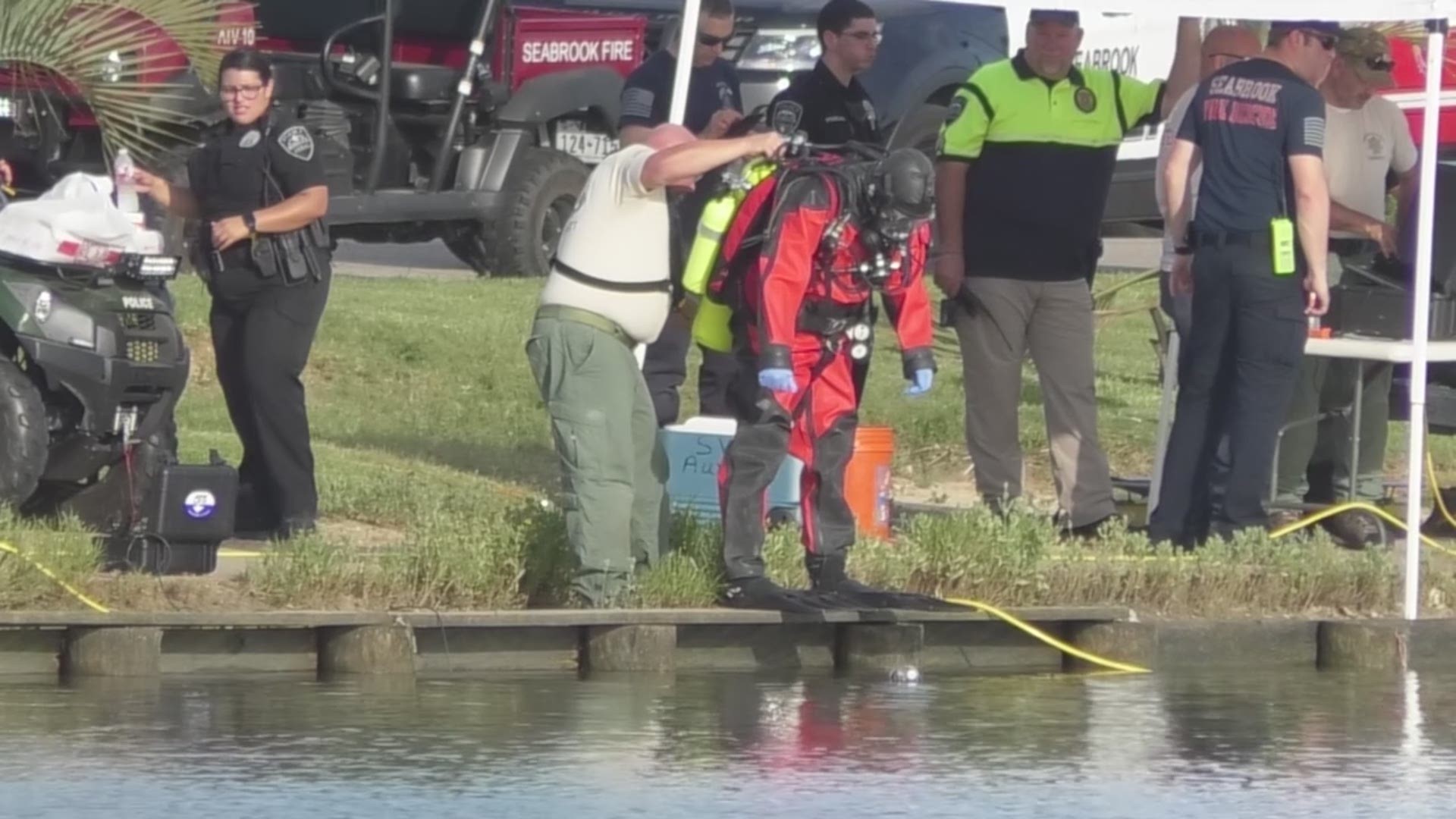 HOUSTON — **Editor's Note: The above photo and video is from another drowning scene in Seabrook on Saturday.

The body of a missing swimmer was found late Saturday night, according to Montgomery County Constable Precinct 1.

Walter D. Prescott, 65, is the 10th drowning victim in the Houston area in the last three weeks.

Prescott's body was found around 10:45 p.m. in Lake Conroe. Investigators said it appears the man was trying to catch a boat that was adrift.

Since May 27, 9 other drownings have taken the lives of: two 2-year-old's in Katy, a 3-year-old in Fort Bend County, another 2-year-old in Missouri City, a 5-year-old in Katy, a 16-year-old playing catch with friends in the San Jacinto River, a 35-year-old man swimming near Surfside Beach, a father who was fishing with his son in Seabrook and Kemah Police Chief Chris Reed who drowned after falling off his boat in the Texas City Dike.

Deputies cautioned for all swimmers to wear Personal Floatation Devices (PFD) while in any body of water.

Deputies said if a boat, kayak or other watercraft goes adrift, do not attempt to enter the water to retrieve it. The wind and waves can usually move the vessel faster than you can swim.