Pct. 4: Drunk driver was 3x over the legal limit in crash that injured deputy and another driver

The driver who caused the crash will be charged with intoxication assault of a peace officer. 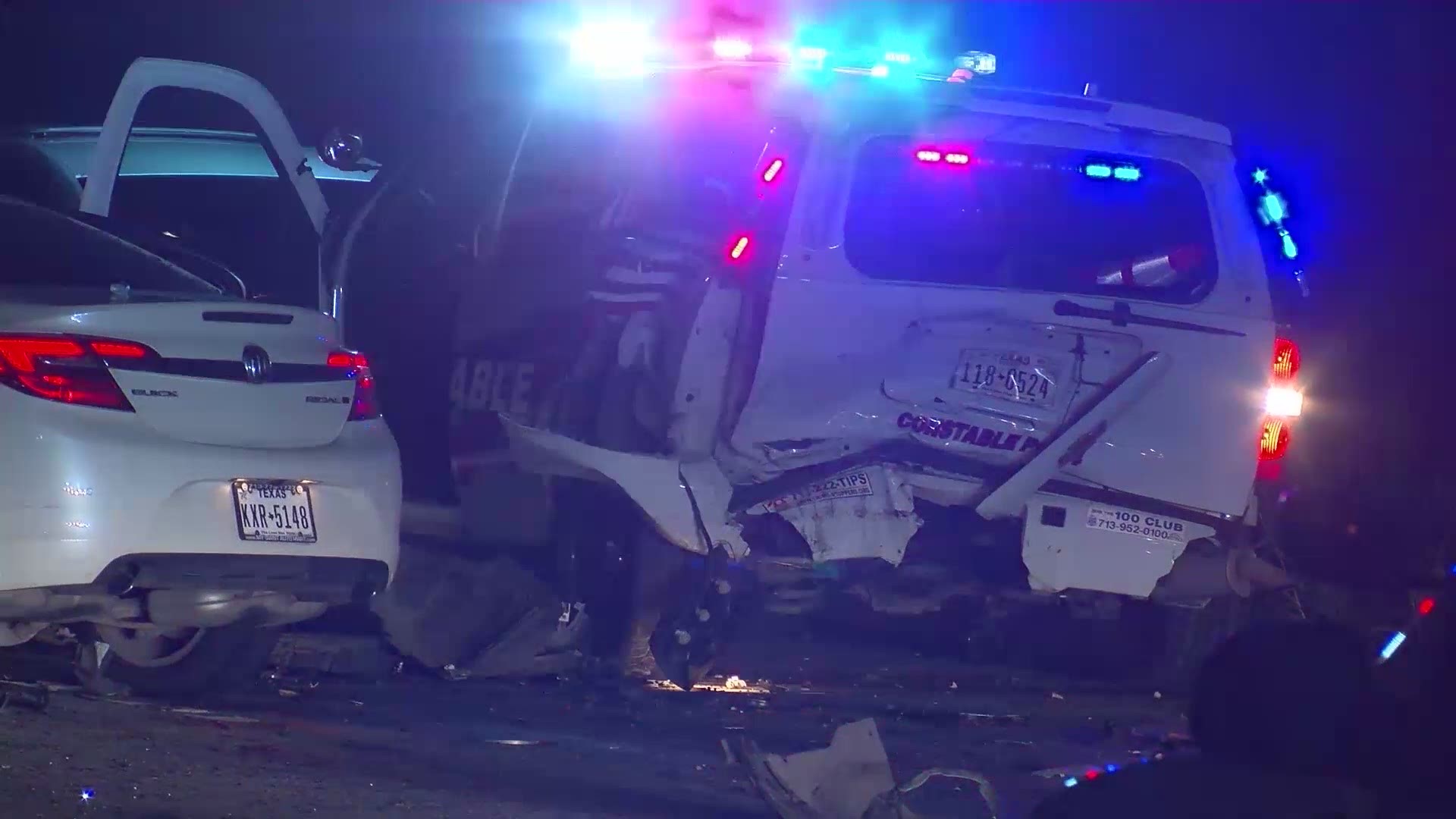 HOUSTON — A deputy constable and two other people were injured in a crash early Sunday morning in north Houston, according to Precinct 4 Constable Mark Herman's Office.

The driver that caused the accident has been identified as Reese Pompey. The constable's office says blood tests show Pompey was driving under the influence and his alcohol content was over three times the legal limit.

The crash happened around 1 a.m. in the 1600 block of the N. Sam Houston Parkway West.

The deputy involved was conducting a traffic stop when he was hit from behind by Pompey.

The deputy was trapped inside his patrol unit until EMS arrived. His patrol unit was pushed into the vehicle he had pulled over, investigators said.

That driver, the deputy and Pompey were all taken to the hospital. They are all expected to be OK.

The deputy suffered head, neck and back injuries, investigators said.

Pompey will be charged with intoxication assault of a peace officer, according to Investigator Chuck Cornelius with the Harris County District Attorney's Office.

This was Pompey's second DWI.

"Here in Harris County, because we do lead the country in alcohol-related accidents, people drinking and driving in Harris County is a major issue. Currently, we're pushing 7,000 DWI-related incidents in Harris County this year to date so this is a big safety issue for law enforcement working at night on the side of the road." said Cornelius.