The chase ended in a crash off the Gulf Freeway early Wednesday morning. 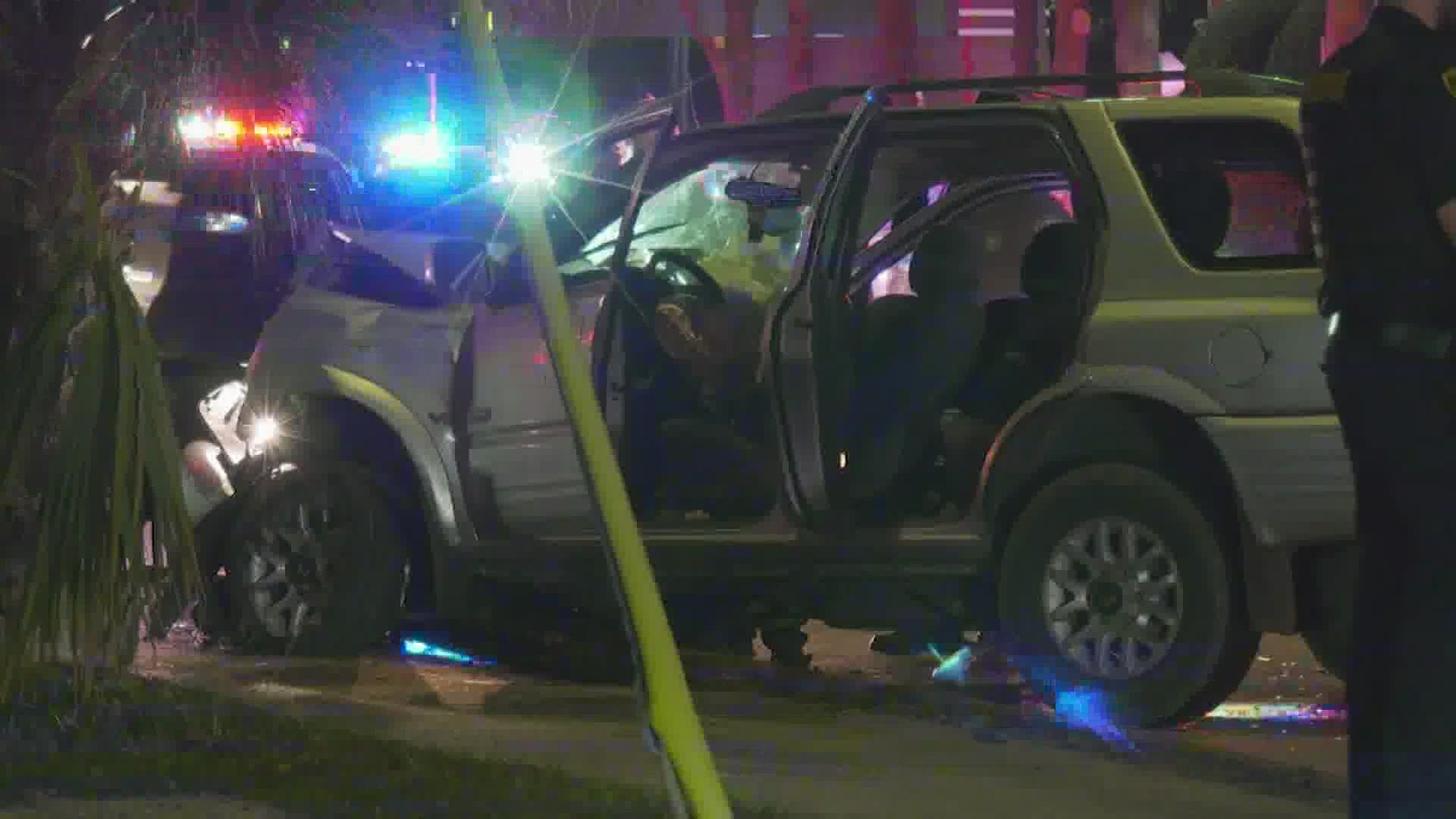 HOUSTON — A suspect is in the hospital being treated for a possible overdose after a chase and gunfire in southeast Houston early Wednesday.

It was just after 12 a.m. when Pct. 6 deputy constables tried to stop a vehicle that was driving erratically. The suspect at first stopped but then sped away, leading deputies on a chase.

Deputies said during the pursuit, the suspect fired a weapon out of one of the vehicle’s windows.

Eventually he crashed into the back of a black pickup truck not far from Woodridge and the Gulf Freeway.

Paramedics were called as the suspect was going in and out of consciousness. It’s believed he was overdosing on some kind of substance, and he was taken to the hospital in unknown condition.

Two people in the truck that was hit were not hurt, and no deputies were hurt by the earlier gunfire.

So far the suspect’s name has not been released.