Carjacking ends with crash into Brays Bayou, 4 suspects in custody

Two of the suspects surrendered immediately, but two others attempted to swim down the bayou. 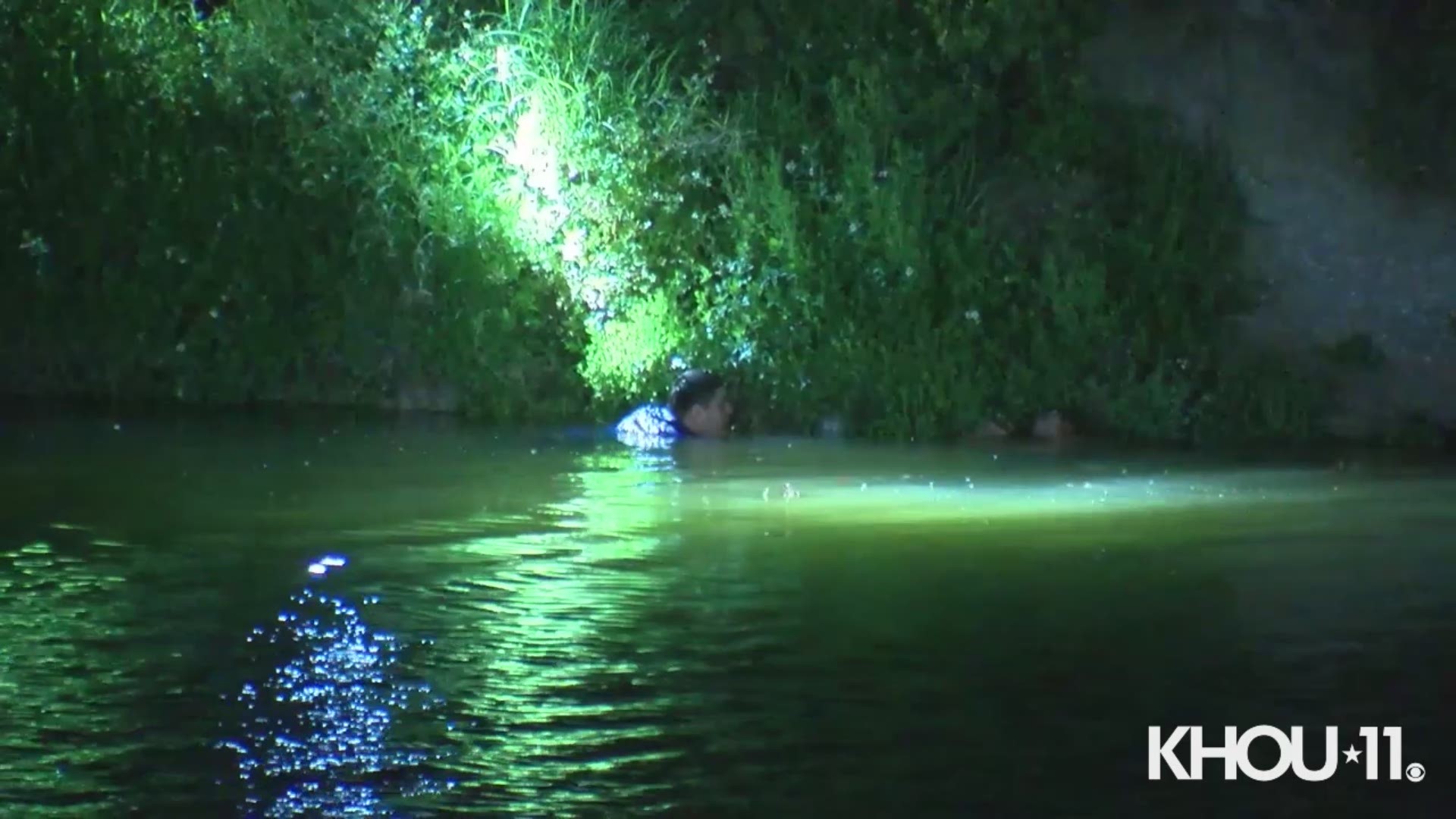 HOUSTON — Four carjacking suspects were arrested after a chase ended with a stolen vehicle crashing into Brays Bayou overnight.

This started just before 1:30 a.m. Thursday when Houston police responded to a call of a robbery in the 100 block of Bedford in east Houston.

Houston police said a couple was robbed at gunpoint at that location. While officers were en route to their location, they encountered a car matching the stolen vehicle’s description.

Police attempted to pull over the stolen vehicle, but the suspects refused leading officers on a short chase. Police said the chase ended when the suspects crashed the stolen car into Brays Bayou at Mason Park.

Two of the suspects surrendered immediately, but two others attempted to swim down the bayou. Police said the two others were apprehended with the help of a K-9 unit and helicopter.

Police said they did not know if the victims sustained any injuries during the carjacking.