Police said when the man and the woman got into an argument after meeting at the apartment, another man entered the unit and shot the victim 7 or 8 times. 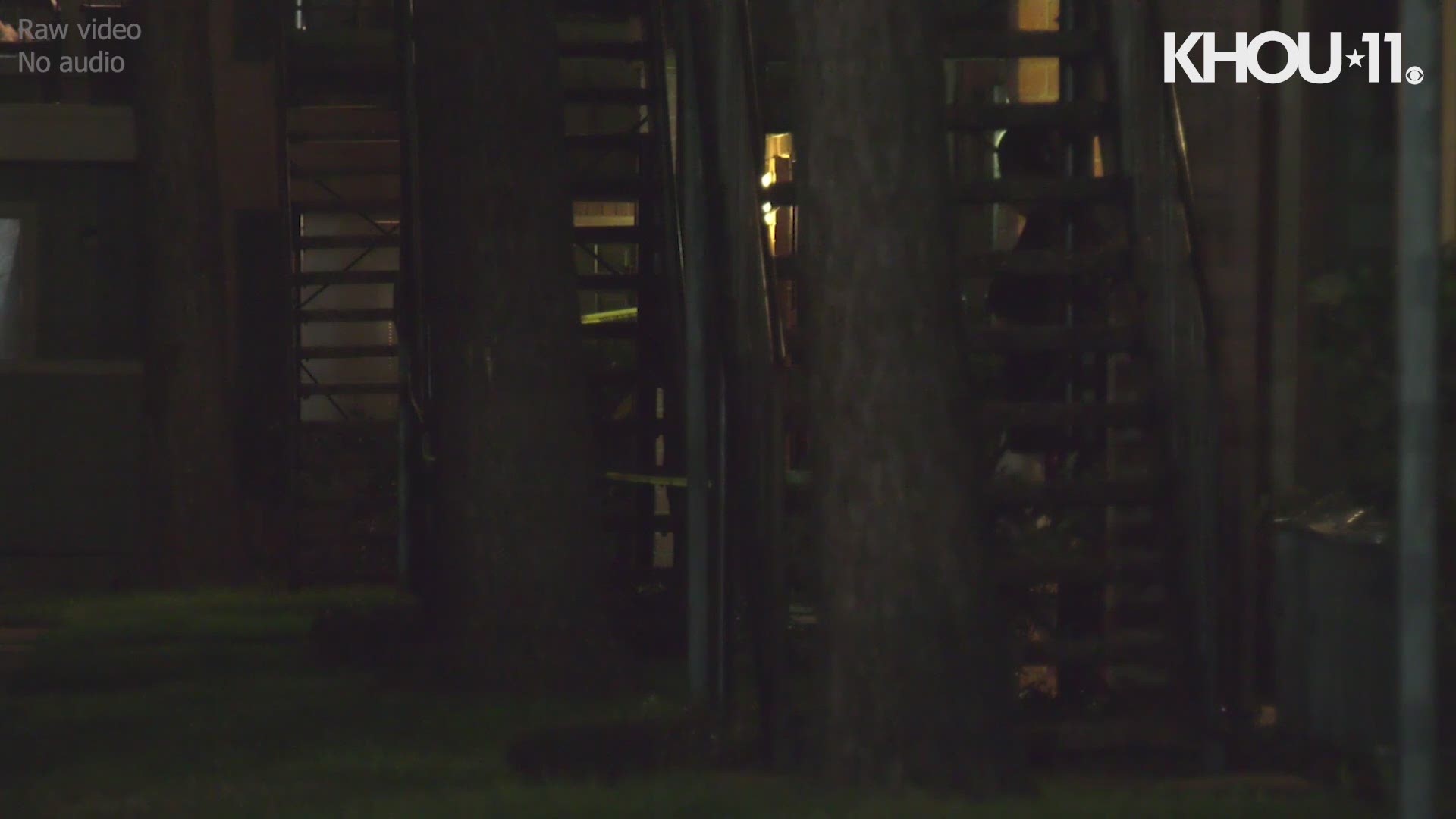 HOUSTON — A man was shot Monday night at a Greenspoint apartment, according to Houston police.

Around 10:30 p.m., police responded to a shooting at an apartment in the 1300 block of Greens Parkway.

Police said they were told that a man and woman met on an online dating site and set up a meeting at an apartment in the complex.

The man and woman got into an argument inside the apartment and another man, who police said heard the argument, entered the unit, tried to get the victim to leave and shot him multiple times. Police said the victim was shot seven or eight times but is expected to survive.

The shooter fled the scene and the woman was detained for questioning.

There is no description of the shooter and he has not been found.

RELATED: Woman finds boyfriend shot to death in car after walking out of grocery store