Three people were shot and killed, and a fourth was also shot and taken to an area hospital in critical condition, after a fight led to gunfire at DD Sky Club. 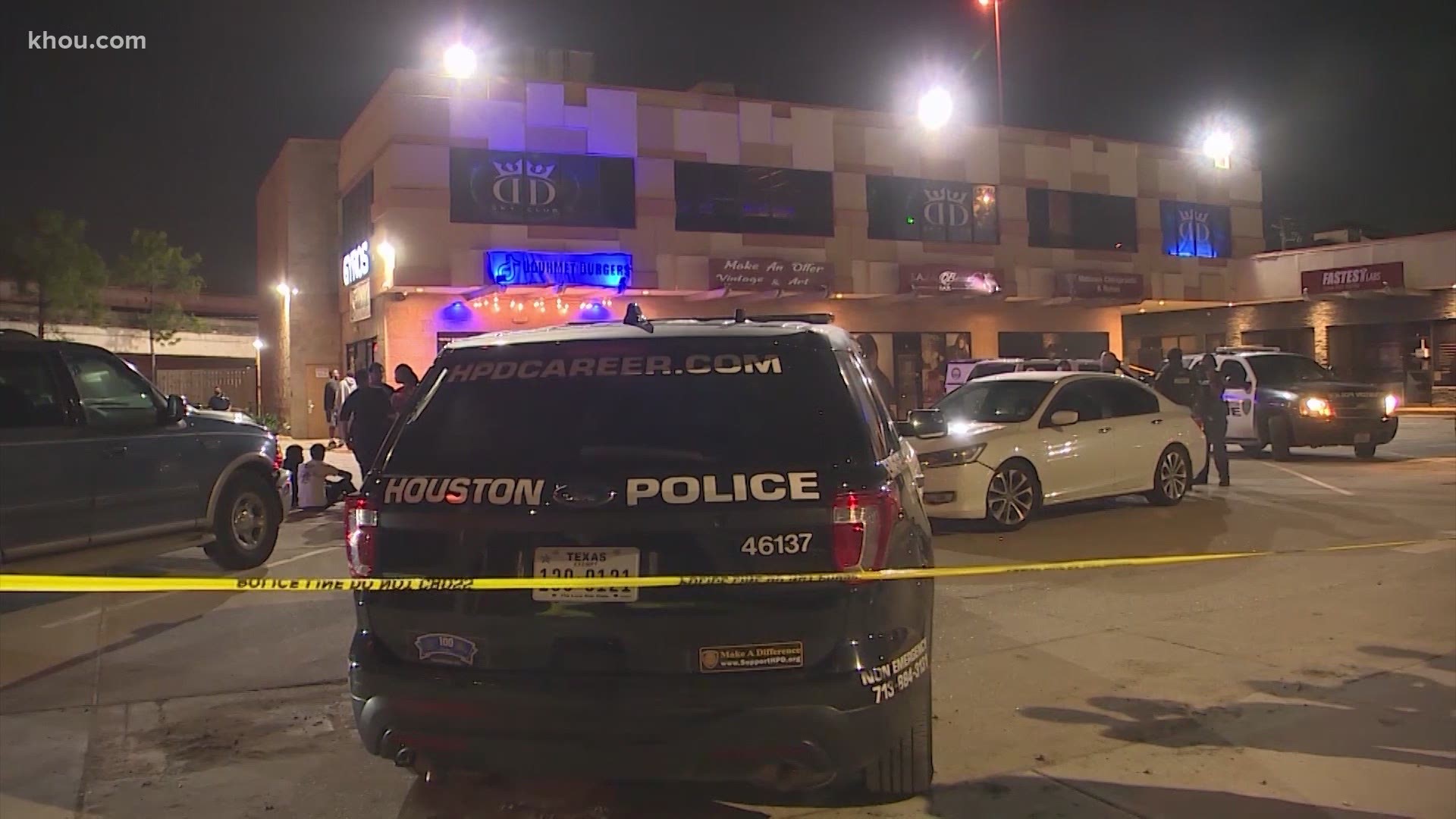 HOUSTON — The three people killed in a late Tuesday shooting inside a Houston club have been identified by Houston police.

At least two people are wanted in the shooting after Houston police said a fight led to gunfire at DD Sky Club, in the 2100 block of Chenevert Street near I-45 and I-69, on the edge of midtown and downtown.

A fourth victim, Sir John Mitchell, 17, was taken to an area hospital in critical condition.

Police said a fight broke out inside the club, which is located on the second floor of a shopping center, and at two people pulled out guns and opened fire, shooting into the crowd.

The suspects are described only as two black males.

KHOU 11's Anayeli Ruiz reported Wednesday morning that the victims were part of a group waiting to perform at open mic night, an evening when local rappers gather at the club.

A security guard told KHOU 11 they search all the men who come into the venue but not the women, and they believe the guns were sneaked in by women.

Police said there were multiple witnesses and surveillance video they hope will help with the investigation.

This is a developing story. Refresh this page for updates and watch KHOU's afternoon and evening newscasts for the latest. Download the KHOU 11 news app and enable alerts for notifications sent straight to your phone.

Anyone with information that could help police should call HPD Homicide at 713-308-3600 or Houston Crime Stoppers at 713-222-TIPS.