Community rallies around 10-month-old battling cancer in both eyes

“The support and the prayers, it’s been that motivation that keeps us going and inspires us to get through this more than anything,” said the baby's father. 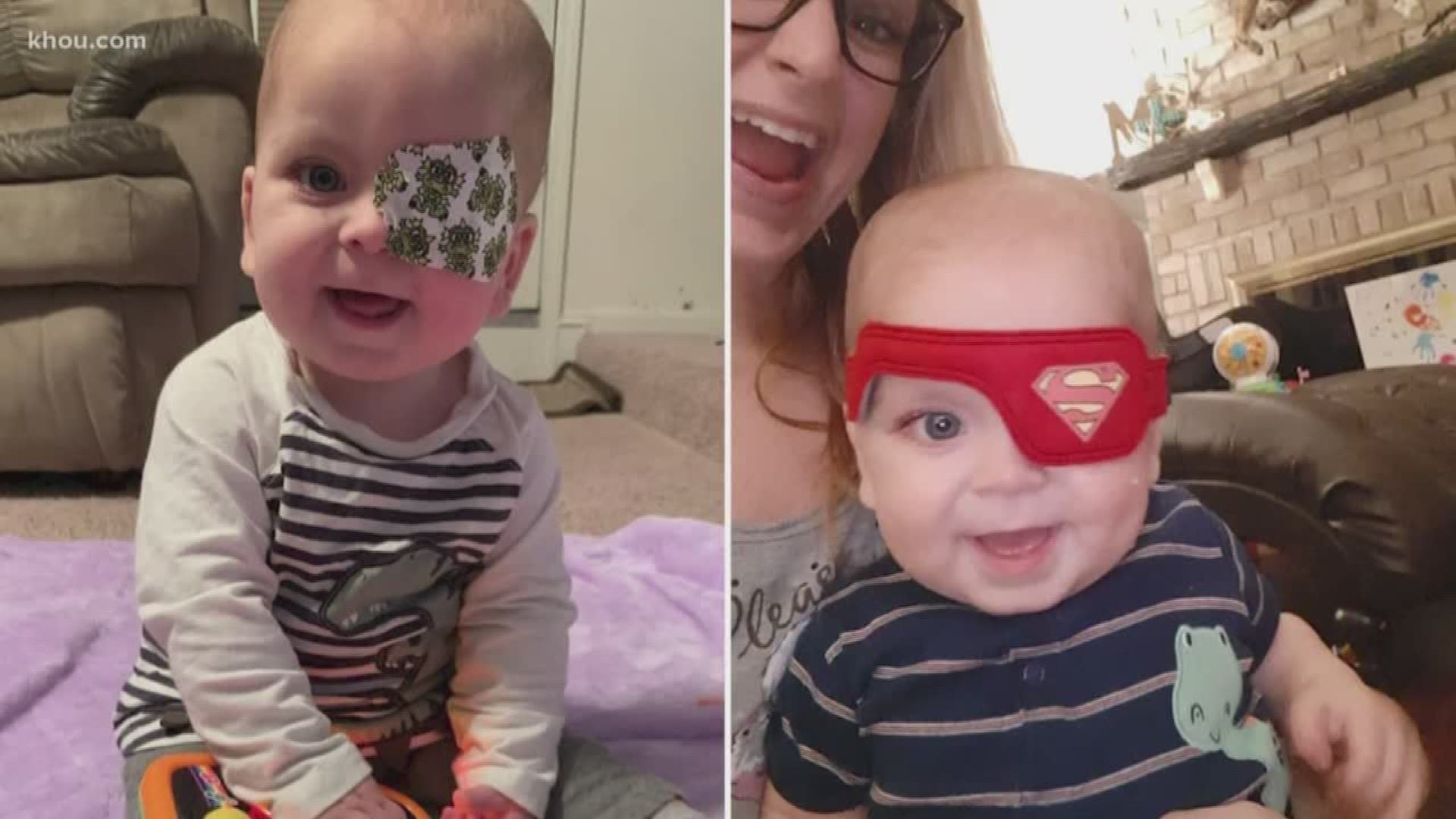 HUFFMAN, Texas — It’s been a tough few weeks for a family from Huffman.

The McCauley family recently learned their 10-month-old baby West is battling cancer in both his eyes.

They learned the devastating news during an optometrist appointment last month.

“We went in thinking it was just for a lazy eye. We came out with knowing it's cancer,” said Brooke McCauley, West’s mom.

Doctors diagnosed the baby with bilateral retinoblastoma, which means he has tumors in both of his eyes. Within a week, the family from Huffman was in New York City seeing a specialist.

Surgeons removed West’s left eye and started chemotherapy to save the right.

His dad, Steven, said thousands of people are rooting for their little warrior.

“The support and the prayers, it’s been that motivation that keeps us going and inspires us to get through this more than anything,” he said.

West’s mom is the agriculture teacher at Channelview High School where students are collecting spare change to help with medical costs.

Friends are also selling shirts to raise money. So far, more than $19,000 has been raised through GoFundMe.

Bryan Baldwin, a family friend, is also organizing a benefit dinner at 5p.m. May 16 at Armenta’s Reception Hall in Channelview. The money is helping the family travel to and from New York for West’s ongoing treatments.

“Travel and arrangements to accommodate all those treatments, they’re costly. We wouldn’t be able to do all that without the support of the community,” Steven McCauley said.

Now the McCauleys want to give back, too.

They want other families to know about a smart phone app, called CRADLE White Eye Detector, that spots eye conditions in pictures.

A white glow in a child’s pupils can be a red flag.

“The White Eye Detector app did find photos of my son before diagnosis that we had taken months before diagnosis," Steven McCauley said. "If we had had this app downloaded, we would have been able to start this fight a lot sooner."

The family has faith this is just the beginning of their happy little boy’s story.

“He’s a trooper. He’s a warrior. He has a testimony. I believe 100 percent he is going to get through this. He is here to let others know he is a survivor,” Brooke McCauley said.

The family has created a Warriors for West Facebook page to update followers about West’s health journey.