There was flooding all across the Houston area on Tuesday. And there could be more in the coming days. 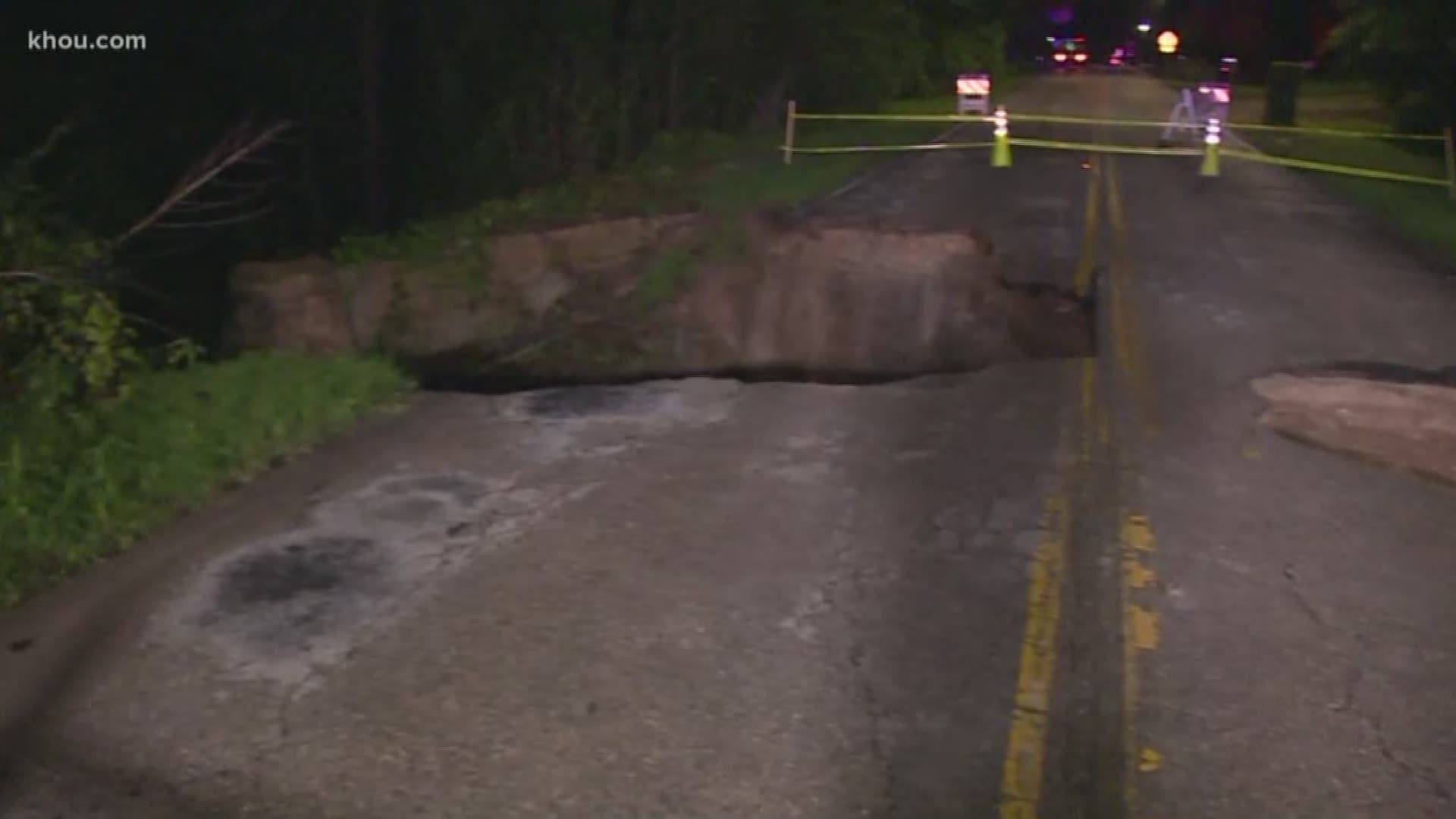 As for school districts, Cleveland ISD and New Caney ISD are among those that will be closed Wednesday.

City of Sugar Land officials said all major roadways are impassable after receiving more than 7 inches of rain in 4 hours. Water is receding slowly, however.

Sugar Land resident Alie King and her family got 4 inches of water in their home in the Tara subdivision in Richmond.

New Caney ISD said due to safety concerns, buses will not be transporting students home Tuesday night. District officials said campuses will remain open for parents to pick up their children throughout the evening and into the night. The district will be closed Wednesday due to severe weather.

The Houston Fire Department said as of 7 p.m. Tuesday, evacuations for 20 to 30 residents from homes north of Northpark Drive were underway.

One KHOU 11 viewer shared video of a man in Kingwood whose car took on water as he drove through heavy rain and floodwaters.

There was also street flooding in Spring. Pedro sent us video of high water near Aldine Westfield.

Jake Smookier shared video of pounding rain in Spring. He said the strong thunderstorm knocked out power in his neighborhood.

There were reports of a possible tornado in Atascocita. KHOU 11 Chief Meteorologist David Paul doesn't believe it was a tornado and there are no reports of damage in that area.