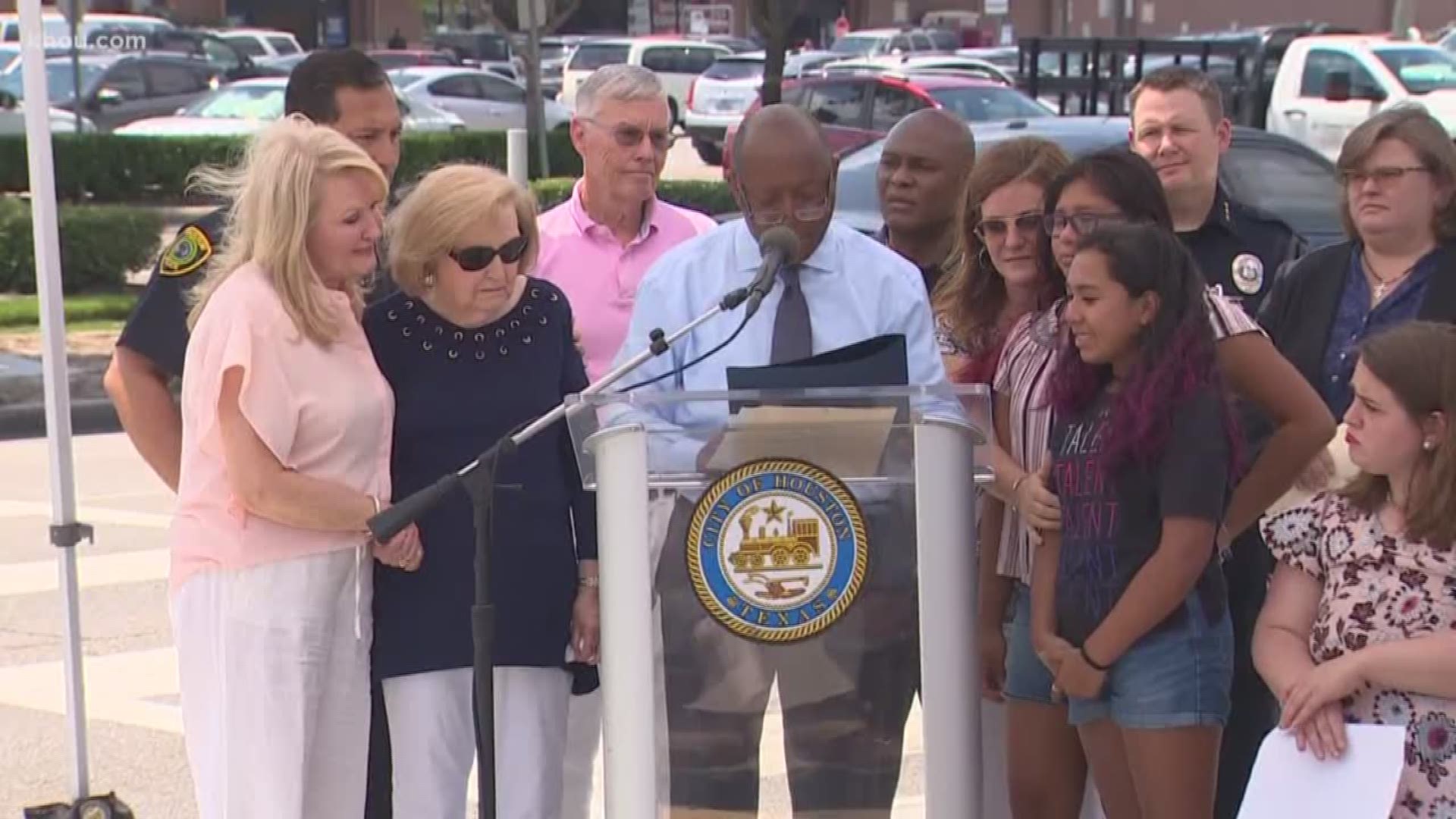 HOUSTON — Houston’s mayor is pledging to “drastically reduce or eliminate” serious injuries and deaths on the city’s roads by 2030 by adopting ‘Vision Zero’, an effort by cities and governments worldwide to accomplish that’s same goal.

Mayor Sylvester Turner made the announcement Monday afternoon in honor of Lesha Adams and Jesus Perez, who were struck and killed by a driver March 30 while crossing the street, at the site of their deaths.

That intersection, 10th and Shepherd, has since received a new crosswalk, a new wheelchair ramp, and a ‘pedestrian hybrid beacon’.

It’s a signal that activates a red light for drivers when pedestrians push a button, allowing them to safely cross.

“Unfortunately, it had to happen to have changes,” said Dennis Perez, of his brother’s death. “It still feels like it just happened last night, but still, I’m glad that the future is better for others (who are disabled) and the (elderly) because we’re all headed that way.”

Passerby Lesha Adams was helping Perez cross Shepherd when they were struck and killed.

“She’s just a good, wonderful person,” said Teri Webb, Lesha Adams’ sister. “This is a beautiful thing, and this is what needed to happen.”

Related: 2 pedestrians dead after hit-and-run crash in The Heights

-Holman at Bagby and Smith St.

“These include things such as striping and signing, repairing wheelchair ramps, removing trips or other hazards, adjusting the signal timing, so that there’s more time for pedestrians to cross the intersection,” said Haddock, adding that crews also cleaned out nearby drainage systems. “Sometimes it’s as simple as trimming trees and removing other visual obstructions.”

Residents can report intersections needing improvements to 3-1-1. Haddock noted those calls have already led to the city adding turning extensions, which reduce crossing distance for pedestrians and slow driver turns, at two intersections: Alder at Elm and Tuam at Hutchins.

Chief Art Acevedo said Monday police will continue enforcement and education. However, he said “being a responsible driver” is the most important part of reducing crashes.