A woman was helping a man in a wheelchair cross the street when a driver slammed into them near Shepherd Drive. 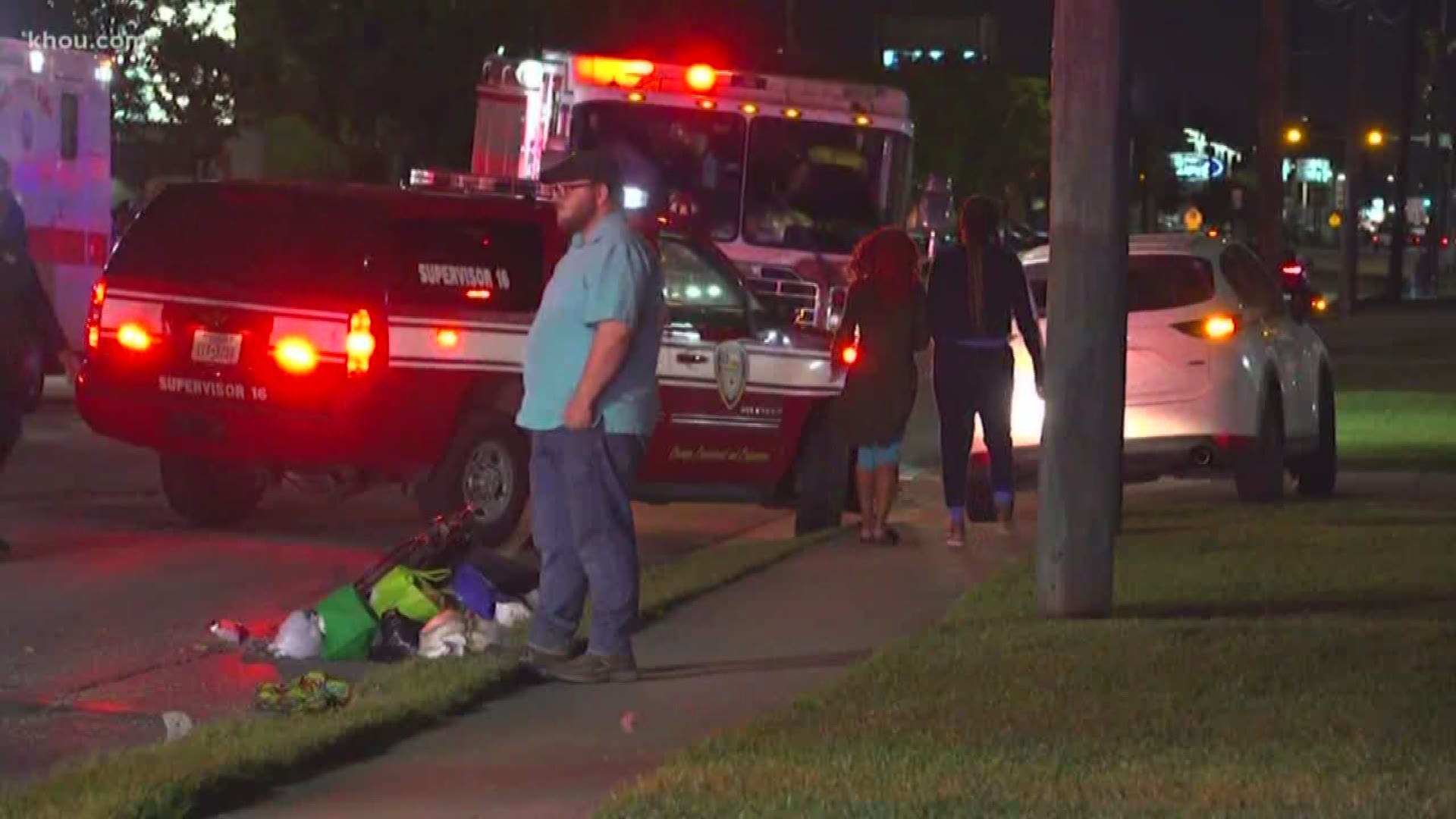 HOUSTON — Residents in one Heights neighborhood are demanding change after one of their neighbors was struck and killed helping a man in a wheelchair cross the street.

Lesha Adams and the man died after a driver slammed into them near Shepherd Drive and 10th Street on March 30.

Adams was laid to rest on Friday.

Her friends in the Timbergrove neighborhood, where they live, want to see the city do more to protect pedestrians from accidents like this one.

There is a crosswalk at Shepherd and 10th but it’s faded and there are no ramps for people in wheelchairs to get onto the sidewalk.

For example, getting around in a wheelchair has been part of Colvard’s life since she was a kid. She’s learned to overcome the obstacles that come with the disability.

Colvard was blindsided last week to learn that Adams was killed trying to help a man in a wheelchair not far from their homes.

“Because I’ve been in a lot of situations where I’ve not been able to get across an intersection because there wasn’t a ramp or because there was a broken sidewalk. I’ve had friends help me,” Colvard said.

She doesn’t blame the victims for what happened.

“It’s frustrating because you can’t always anticipate when you’re going to encounter a situation where you’ll have trouble,” Colvard said. “Where you won’t be able to get up a ramp or where the sidewalk will be broken.”

Near the scene of the accident you see people jaywalking.

Also, there are no signs letting people know there’s a crosswalk ahead.

Other Timbergrove residents like Alanna Koos fear it will happen again.

Koos said, “We are taxpaying citizens and we want our friends that are wheelchairs, that are disabled, we want our children to be safe. And, at this point we don’t feel safe.”

However, they’re not sitting still.

They’re asking the city to fix these problems and make the streets safer for everyone.

The group plans to go before the Houston City Council on Tuesday to talk to leaders about their concerns with hopes they do something about it before another tragedy strikes.

On Monday, the City of Houston sent the following statement to KHOU 11 News:

“Houston Public Works creates a strong foundation for the safety of our community. Mayor Turner has asked our Transportation & Drainage Operations team to investigate the intersection because of the tragedy that took place there and the potential for future harm to residents.

The City’s Geographic Information Management System identified 29 crashes near the intersection of Shepherd and 10th Street over the past year, but received no complaints or concerns about pedestrian or bicyclist safety.

Traffic volumes on Shepherd have increased over the last several years to just under 35,000 vehicles per day. The City used traffic radars in December 2018 and measured traffic volumes and speeds about 300 feet south of 10th Street.

Houston Public Works continues to explore ways to improve conditions of our roadways and accessibility for all commuters.