Left lane for passing only! It's the law!

We're not calling out slow pokes — it's a safety issue! 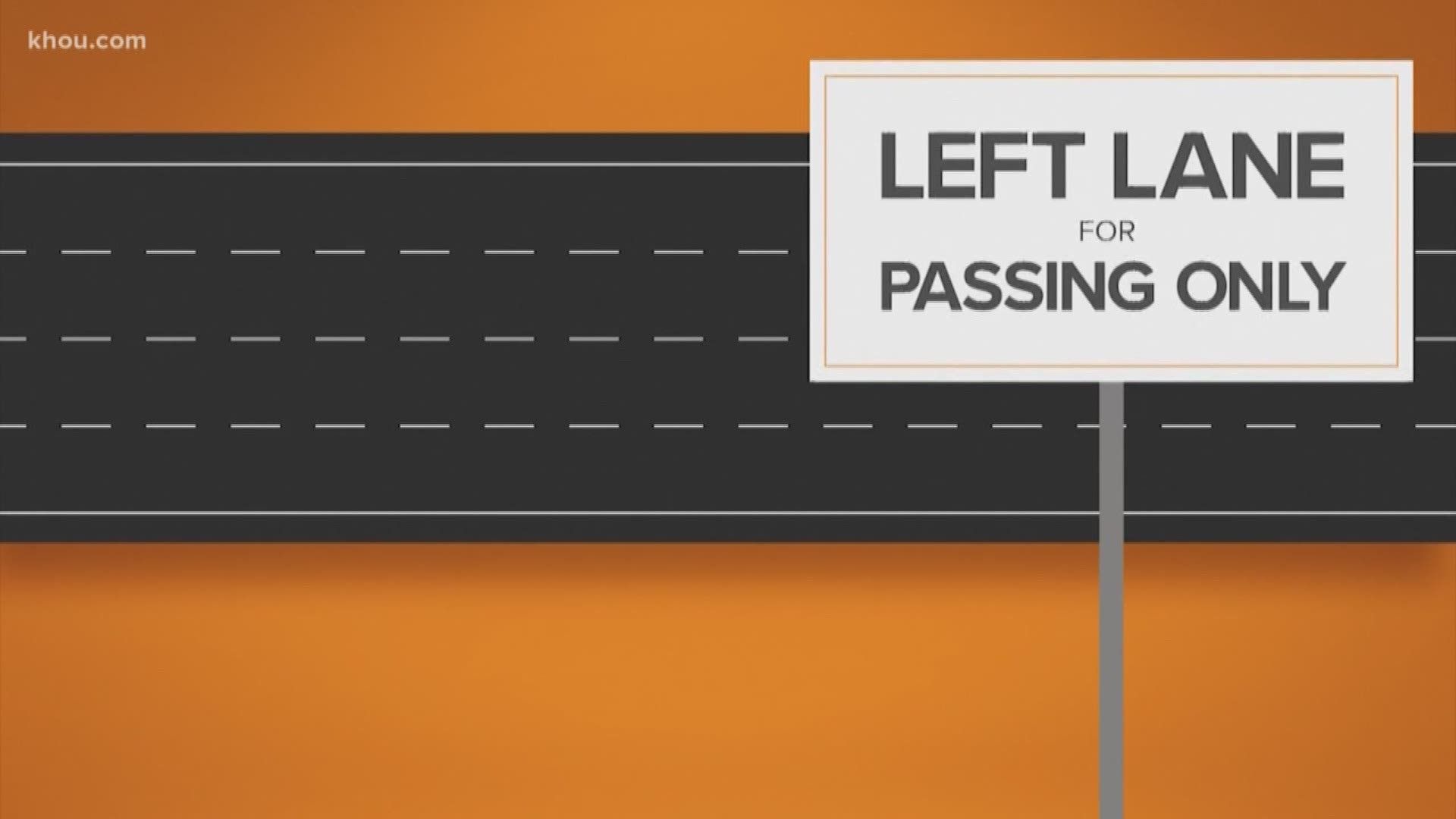 HOUSTON — Slow pokes in the left lane! Every time we ask, "what's driving you crazy" on Houston roads – that's what you tell us!

Viewer “Alyssa” reached out, saying, "Can y'all make a video about how slow drivers shouldn't be in the passing lane?"

“Terry” says it bugs him and it causes more congestion. And several others agree!

The sign you see posted: "Left lane for passing" is not just a recommendation — it's the law!

It became part of the Texas Transportation Code in 1995. Now enter multi-lane highways. TxDOT says, watch for signs there that read "Left lane for passing only!"

They stress that the left lane on a divided highway is not a fast lane. It's a passing lane! That means—no hanging out in the left lane unless you want to pass.

We're not calling out slow pokes — it's a safety issue! If you get caught doing this, it's a $200 fine and DPS does enforce it!

What's driving you crazy? Tweet us at Stephanie Simmons or #HTownRush.