$200,000 on the line this weekend in women's flag football finals in Houston

The American Flag Football League is offering up a $200,000 prize 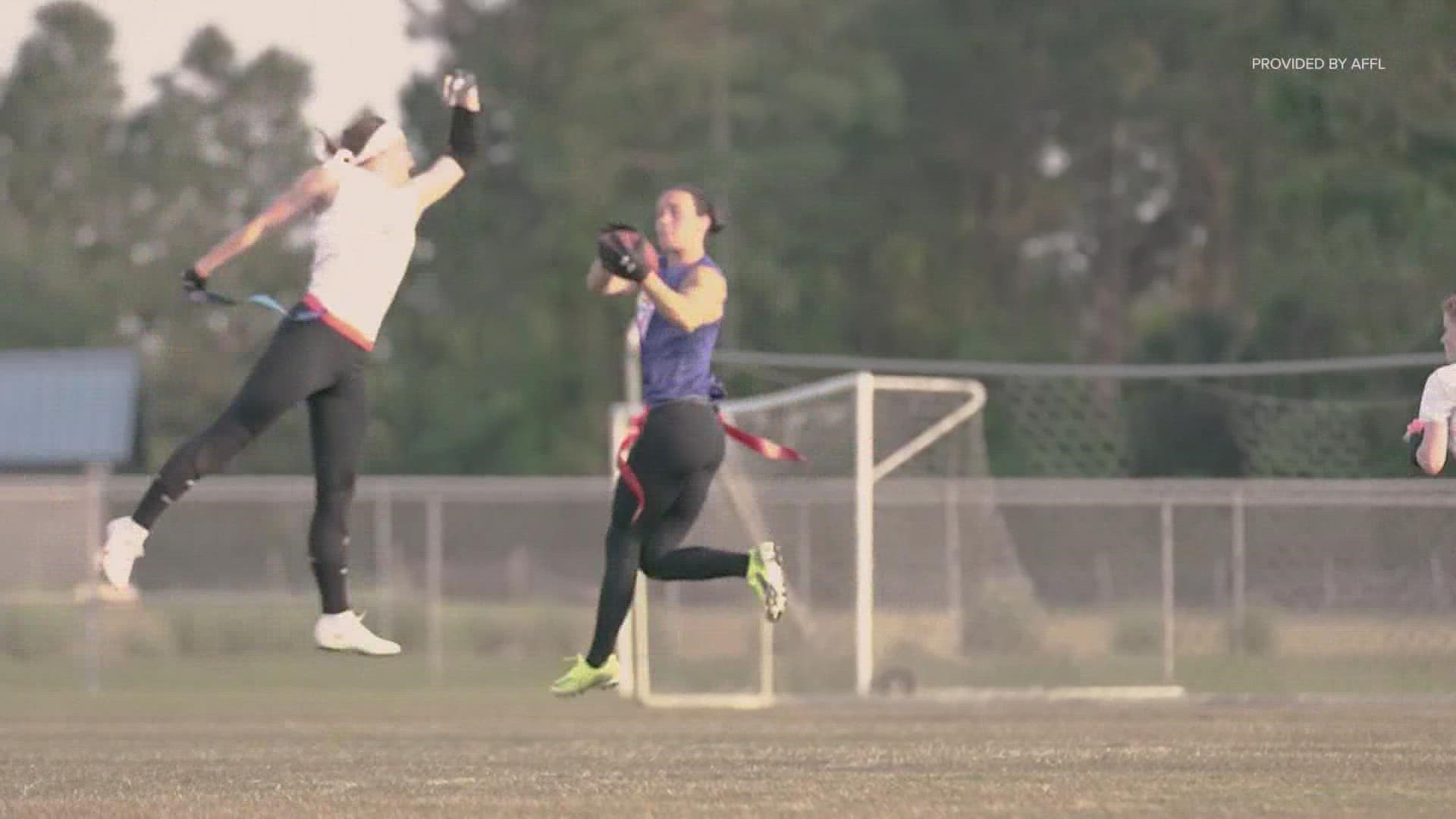 HOUSTON — History will be made at Houston's Aveva Stadium.

The American Flag Football League claims its offering the biggest prize in the history of women’s professional football -- $200,000.

How does it feel to be a part of history?

"It's kind of crazy, because this is something you know, as a player you just couldn't even dream about," said Michelle Roque, the sport's premier player. "We as players probably put most of our income into playing flag football."

In ten years, with more  opportunities to play, the number of girls and women playing could hit 2 million, estimates Jeff Lewis, the AFFL's founder and CEO. He believes a couple hundred thousand now participate. "I think we're really about to basically free a whole generation of girls from being forced to play in sort of less aggressive sports," said Lewis.

Nike and the NFL have also invested heavily in girls' high school programs.

The Houston event is also about equality. Both the women and men will take home the same amount. The Men’s Division finals are Sunday while the Women’s Division championship game is Saturday at AVEVA Stadium.

Roque who also works for the league, is eager to see what comes next. But first, she has a historic game to win.

"I have high expectations," she said. "And I've already figured out how much money I'm going to be making once we split it with my team."

You can learn more about the American Flag Football League on its website.