Rockets GM Daryl Morey angered China with a since-deleted tweet in support of the protesters earlier this month. 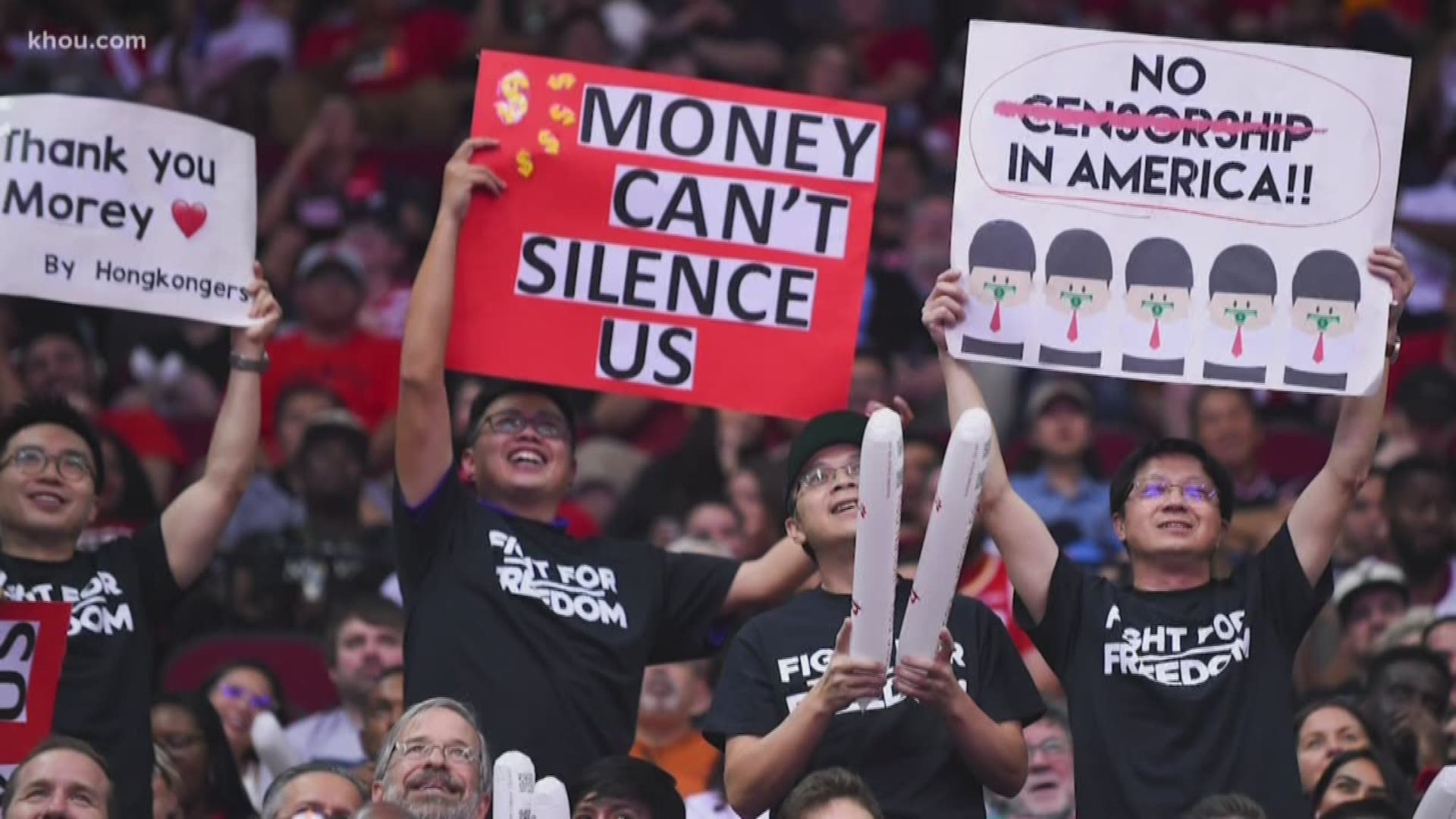 HOUSTON (AP) — A group of 30 fans at the Houston Rockets' season opener against Milwaukee held signs and wore shirts in support of anti-government protesters in Hong Kong on Thursday night.

Houston general manager Daryl Morey angered China with a since-deleted tweet in support of the protesters earlier this month.

Wednesday's opening-night games were not televised in China in the wake of Morey's tweet that caused tension between the NBA and Chinese officials.

Many in the group wore black T-shirts with white letters that read: "Fight for Freedom."

The majority of the group was from Houston's Vietnamese community, but it also included people from Hong Kong.

Chris Wong, who was born in Hong Kong and moved to Houston 10 years ago, said he joined the group to support freedom of speech.

"The NBA and American corporations are facing the issue of free speech," he said. "They have to ask themselves how much freedom are they willing to give in exchange for the access to the market in China? That's why we want to send this message to everyone."

One man held a sign the read: "Thank you Morey," with a red heart after Morey's name. Another sign read: "No censorship in America" and a third declared: "Freedom is not FREE." Another man held a sign that said: "Fight for freedom, stand with Hong Kong," which are the exact words included in Morey's tweet.

Tram Ho helped organize the group and said the reason for putting it together was simple.

"We wanted to support the pro-Democracy movement in Hong Kong," she said. "The NBA's Morey ... tweeted a benign tweet to support the (movement and) the Chinese government overreacted and tried to censor us and that's not right. So that brought me the idea that we would support ... the pro-democratic movement."

Rockets owner Tilman Fertitta quickly rebuked his GM after his tweet with a tweet saying that Morey does not speak for the team, but the damage was done. The Chinese Basketball Association, headed by former Rockets star Yao Ming, suspended its ties to the Rockets over the tweet. Events in China promoting a Lakers-Nets series were canceled, NBA media partner Tencent said it was evaluating its plans to cover the league and some Chinese corporations have suspended relationships with the NBA.