Love is in the hair: Fan knocks it out of the park with Astros Mohawk

Tomekia Chaisson turns heads everywhere she goes when she piles her hair into an orange and blue Mohawk. 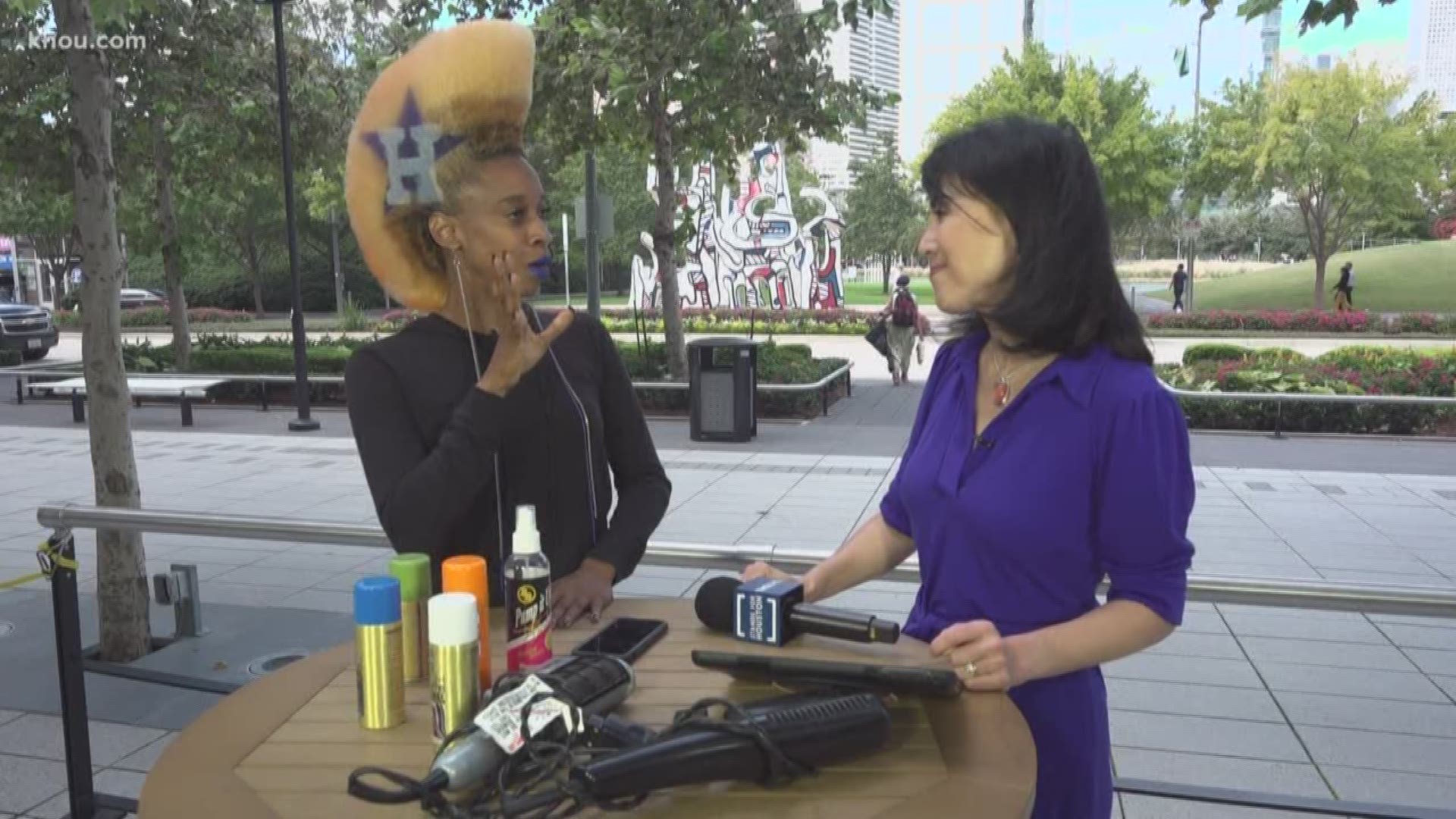 HOUSTON — When it comes to repping their team, Astros fans are pretty creative.

Tomekia Chaisson is no exception. She turns heads everywhere she goes with her colorful hairdo.

Chaisson piles her hair into a 7-inch-tall Mohawk painted with the Astros logo on each side.

You know what they say: "The higher the hair, the closer to God."

The retired hairdresser said she came up with the idea after botching a bleach job and losing most of her hair a few years ago. When it grew back, the bleached blonde Mohawk was born.

She does a version for the Texans during football season.

Chaisson said it only takes her about an hour to do the 'do but she's not willing to share her secrets.

That's because her mane is a money-maker. She sometimes gets paid for putting company logos in her hair.

"I walk around, advertise and make money doing it," Chaisson said.

RELATED: How many teams have come back from 0-2 to win the World Series?