The president confirmed his plans while presenting businessman Roger Penske with the Presidential Medal of Freedom. 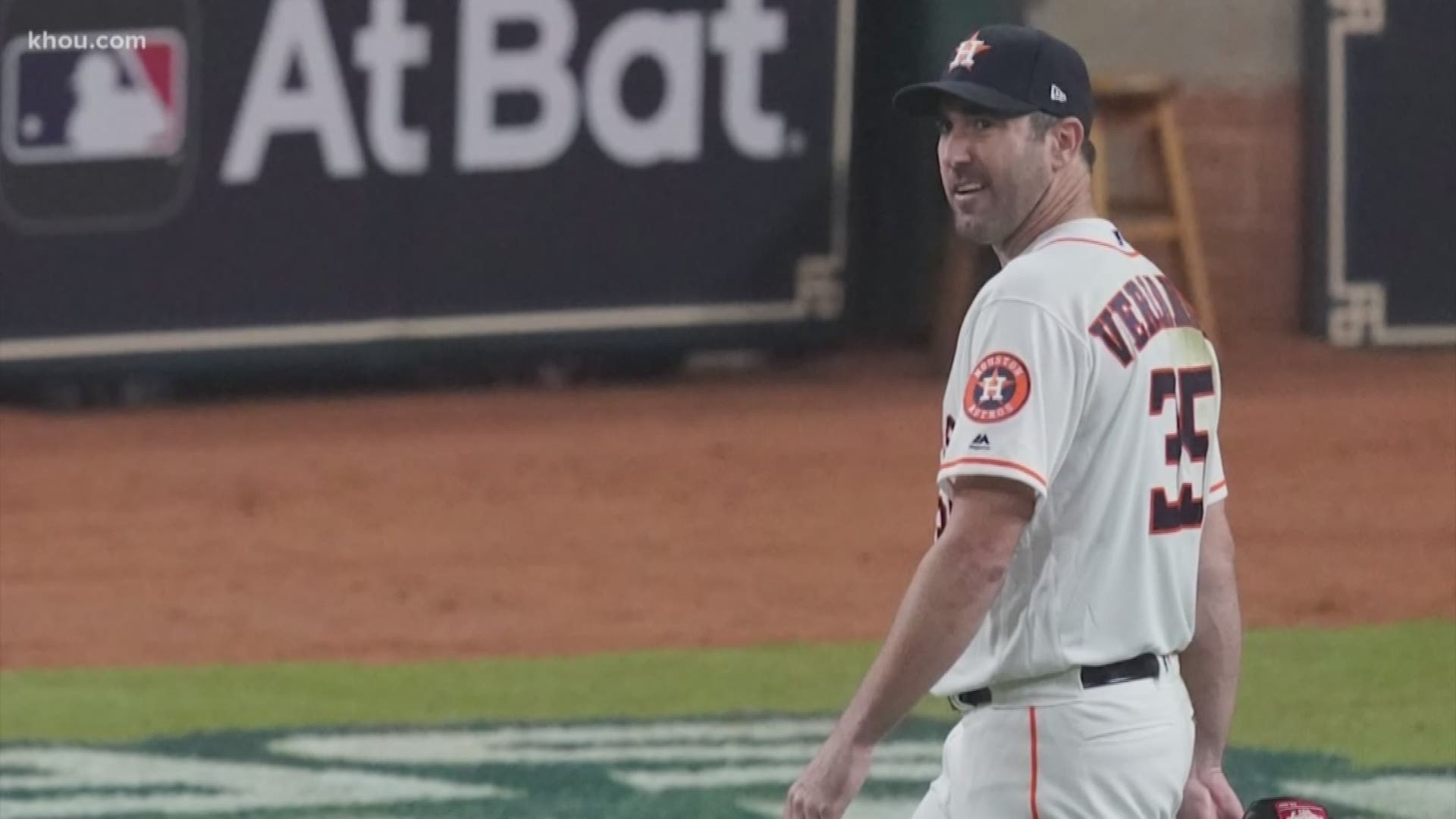 WASHINGTON — President Donald Trump’s low-profile appearance Sunday night at Game 5 of the World Series came at a high-profile moment of his presidency.

Wearing a dark suit and a tie, Trump arrived at Nationals Park just before the first pitch of the Houston Astros-Washington Nationals matchup. The series was tied 2-2.

Trump and first lady Melania Trump entered a lower-tier box to the left of home plate. His presence wasn’t formally announced, but fans in the section just below Trump’s suite turned to look toward the box as he arrived. Some waved at the president as he smiled and gave a thumbs-up.

Five wounded veterans were among those watching the game with the president. A dozen or so congressional lawmakers accompanied the president, according to a list provided by the White House, including Sens. Lindsey Graham of South Carolina and David Perdue Georgia.

Until Sunday night, Trump had yet to attend a major league game as president even though the White House is a few miles northwest of Nationals Park.

“I think everybody is excited,” Nationals star pitcher Stephen Strasburg said before the game. “It’s the president of the United States. So there’s obviously beefed-up security. So usually the dogs that are sniffing in our clubhouse are these nice Labs that are super friendly. And today there was a German shepherd that I didn’t really feel comfortable petting.”

Nationals manager Dave Martinez said: “He’s coming to the game. He’s a fan. Hopefully he cheers for the Washington Nationals, and I hope he enjoys the game.”

Trump’s staff has long tried to shield him from events where he might be loudly booed or heckled, and he has rarely ventured into the neighborhoods of the heavily Democratic city. He won just over 4% of the vote in the District of Columbia in 2016.

Yet his appearance came hours after he announced the death of Islamic State leader Abu Bakr al-Baghdadi, who was killed in a U.S. military operation. The successful raid by U.S. troops on a compound in northwest Syria could provide the president a rare moment of bipartisan comity.

Major League Baseball Commissioner Rob Manfred said he discussed with Trump whether he’d like to throw out the ceremonial first pitch, and the president declined.

“His view was that in order to make the fan experience as positive as possible, he would arrive at Game 5 sometime after the game began, so that wouldn’t interfere with fans getting into the stadium. Quite frankly, we were very grateful for that,” Manfred said. “His sole focus was if I do something like a first pitch or arrive in that timeframe, is it going to be disruptive to the everyday fan getting into the ballpark and enjoying the game, and he didn’t want that kind of disruption.”

Washington Nationals principal owner Mark Lerner told the Washington Post that Trump should be at the game, but he made clear that he did not invite Trump to throw out the first pitch.

“The first pitches are our call, and we felt there are many other candidates that should be considered before (Trump),” Lerner said.

Instead, Jose Andrés, a prominent local restaurant owner and humanitarian who has repeatedly opposed Trump’s immigration policies and his administration’s response to Hurricane Maria in Puerto Rico, threw out the first pitch to a roaring, sustained ovation.

Four years ago, Andrés withdrew from plans to open a restaurant in the Trump International Hotel in Washington following Trump’s controversial comments about Mexican immigrants during the presidential campaign.

The business entity Trump Old Post Office, which runs the hotel as the landlord under a lease with the General Services Administration, sued Andrés’ companies, Think Food Group and Topo Atrio, in July 2015 for breach of contract and claimed damages in excess of $10 million.

Andres later filed a counterclaim, and the case in D.C. Superior Court was settled in 2017.

How many teams have come back from 0-2 to win the World Series?