How many teams have come back from 0-2 to win the World Series?

It may look bad now, but the Astros were a 107-win team that went on plenty of winning streaks during the regular season. 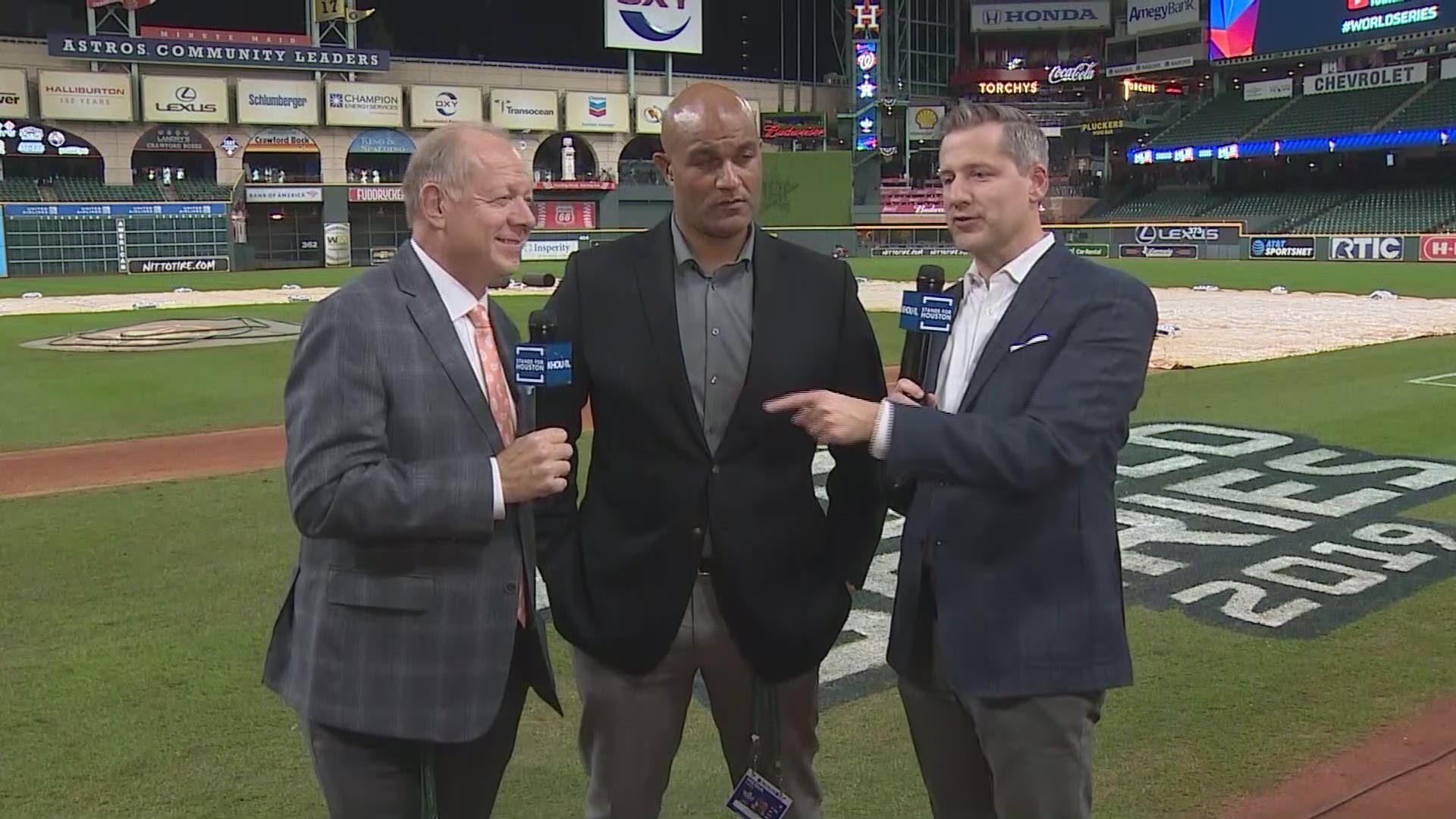 HOUSTON — So the Astros are down 0-2 to the Washington Nationals in the World Series. It looks gloomy for the home team, right?

According to MLB.com, since baseball went to the 2-3-2 format, a team has come back to win the World Series only 3 of 25 times after losing the first two games at home. The last team to do it was the 1996 New York Yankees, who dropped the first two games to the Atlanta Braves, only to come back and win the next four.

Overall, MLB says there have been 13 comebacks from 0-2 in a best-of-seven playoff series. Ten of those have come in the World Series

In this World Series, the Nationals have beaten the Astros' top two pitchers in Justin Verlander and Gerrit Cole at Minute Maid Park. If Houston wants to win their second World Series title in three years, they’re going to have to beat the hottest team in the postseason at their house, with their shark-singing fans smelling blood.

But these are the Astros, who have had long winning streaks all season long.   They’re a 107-win team with the best rookie in the American League in Yordan Alvarez, the top two Cy Young Award candidates and a possible league MVP.  They have a lineup that is stacked from top to bottom and a bullpen that’s been reliable all season.

Can they do it?  We'll find out.  That’s why they play the games.

For inspiration for our Astros, here are the times that teams did come back from 0-2 in playoff series.

Editor's note: An earlier version of this story had that that teams that started World Series 0-2 have only come back to win 3 out of 25 times since the 2-3-2 format was introduced.  The story has been updated to say that stat is for teams that lost the first two games at home in a World Series, which is where the Astros find themselves.

RELATED: Here are the 9 Houston Astros with retired numbers