Adam Wallach is seeking to recover damages for “inappropriate increases” in the season ticket prices during 2017-2020 seasons. 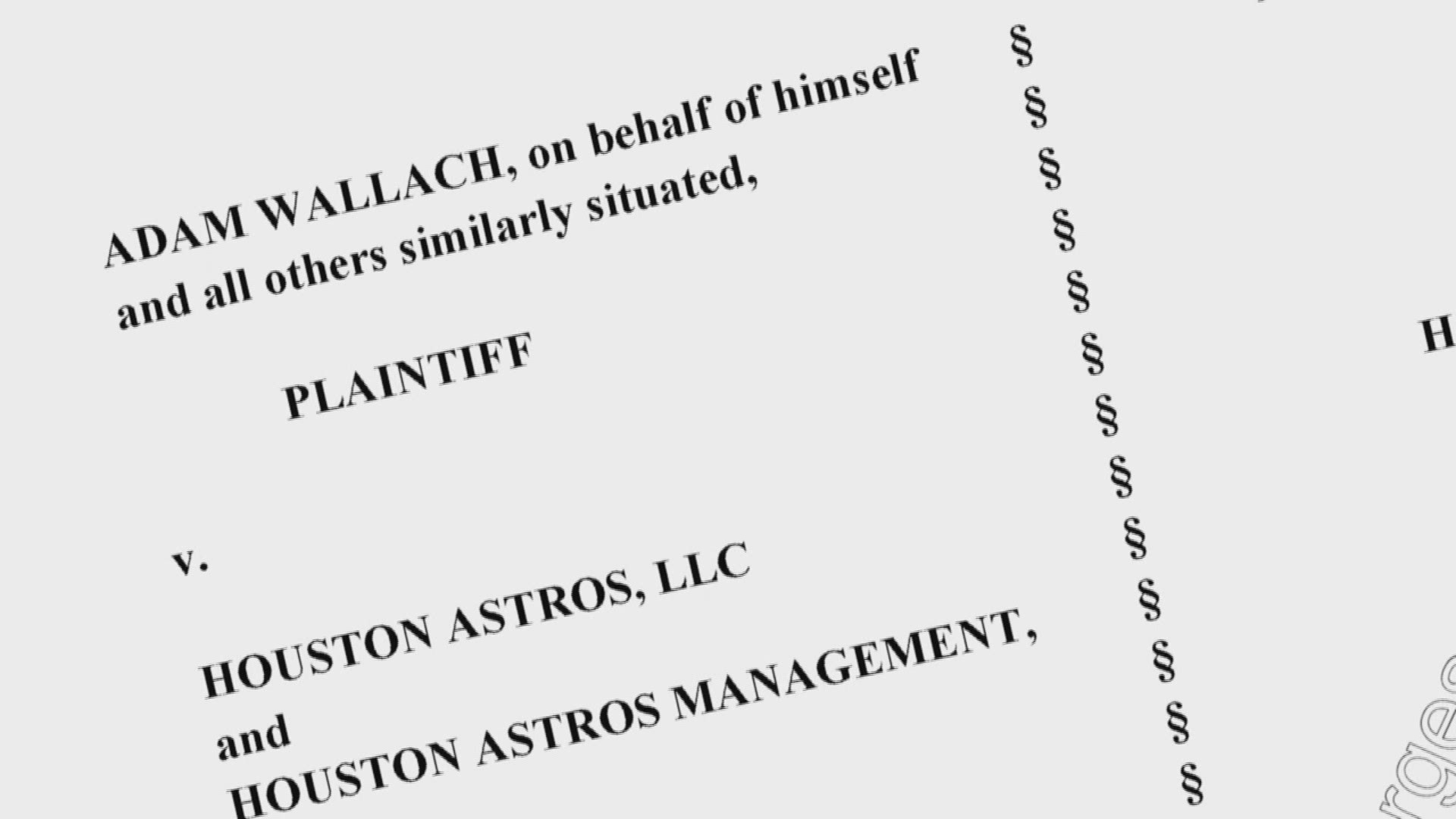 HOUSTON — Attorneys for an Humble man filed a class-action lawsuit in connection with the Houston Astros sign-stealing scandal.

Attorneys for Adam Wallach, who is an Astros season-ticket holder, filed the lawsuit on behalf of 2017, 2018, 2019, 2020 full or partial season ticket holders for “deceptively overcharging them for season tickets while defendants and their employees and representatives knowingly and surreptitiously engaged in a sign-stealing scheme in violation of Major League Baseball Rules and Regulations, and secretly put a deficient product on the field that could result (and now has resulted) in severe penalties instituted by MLB,” according to court documents.

According to the lawsuit, which was filed on Friday, Wallach is seeking to recover damages for “inappropriate increases” in the season ticket prices, “diminished value of their personal seat licenses,” and an injunction prohibiting the Astros from raising season ticket prices for at least two years.

He wants more than $1 million in damages. We reached out to Wallach and his attorneys, but haven't received a comment from them.

"While this is not a frivolous lawsuit, it is a long shot," KHOU legal analyst Gerald Treece said.

Treece also speaks from the perspective of a season ticket holder.

Other Astros fans said suing the team is going too far.

"I'm still an Astros fan. They made some mistakes but they can recover," Todd Hart said.

"I would like to see Houston sports fans support the Astros. I think the Astros have learned their lesson,” Mary Jean Murphy said.

We reached out to the Astros and were told they do not comment on any pending litigation.

This is not the first lawsuit filed in connection with the sign-stealing scandal.

The lawsuit accuses the Astros of unfair business practices and negligence, among other charges, according to Nancy Armour with USA Today.

Bolsinger is said to be seeking "unspecified damages," but not just for his own benefit.

In January, Los Angeles Dodgers superfan Jose Lara said he was considering filing a class-action lawsuit against Major League Baseball for the money he and other fans spent going to Game 7 of the 2017 World Series. His Dodgers lost that game to the eventual champion Astros.