The McKinney, Texas native, who had a career ERA of 4.92 with an 8-19 record over three seasons, said the Astros ruined his career. 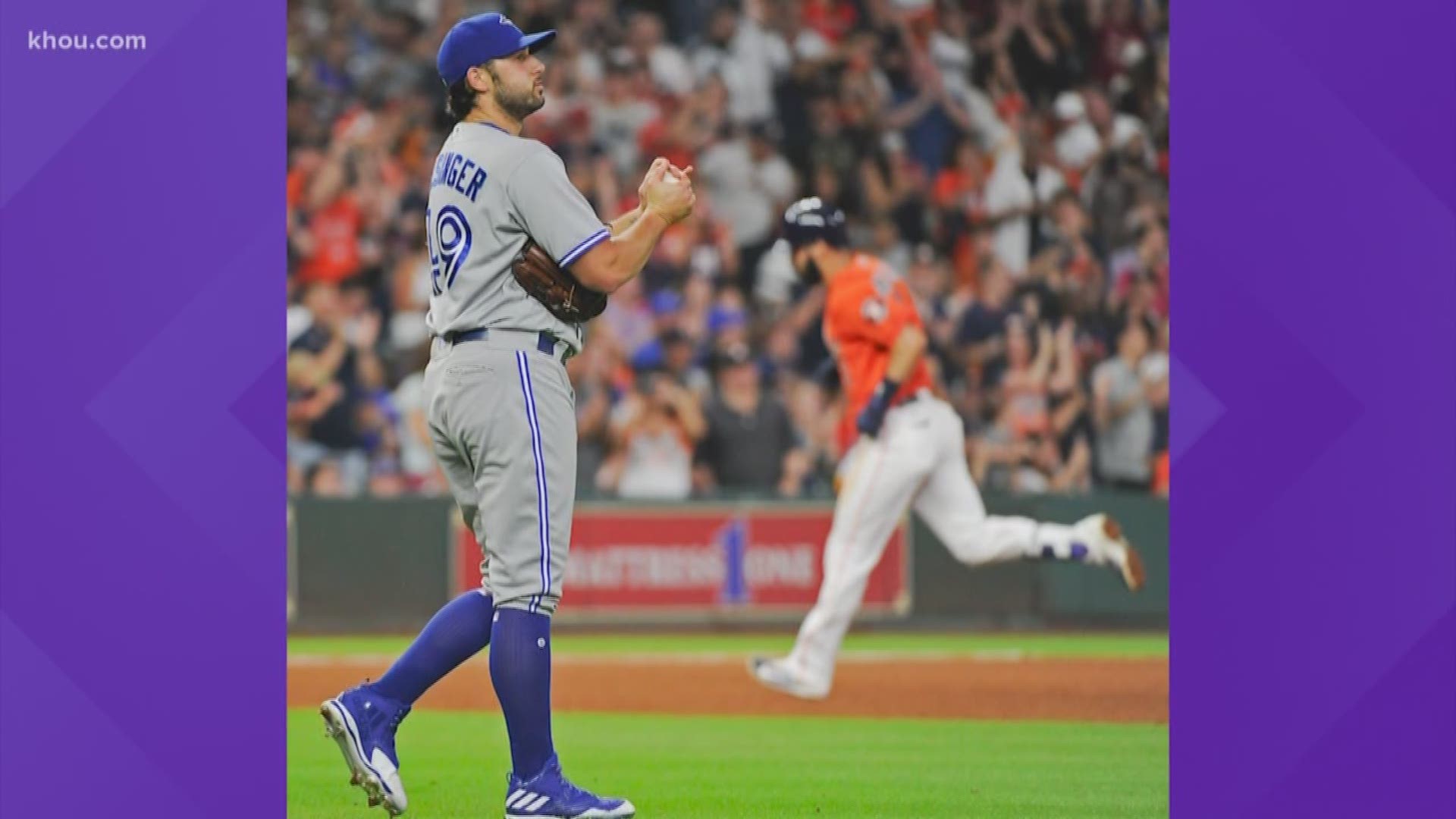 The lawsuit accuses the Astros of unfair business practices and negligence, among other charges, according to Nancy Armour with USA Today.

Bolsinger is said to be seeking "unspecified damages," but not just for his own benefit. USA Today reports he wants the Astros to forfeit $31 million in bonuses they received from winning the 2017 World Series. The money would be donated to Los Angeles-based charities for children and used to create a fund for "retired baseball players who need financial assistance."

Bolsinger pitched for the Toronto Blue Jays against the Astros on Aug. 4, 2017. The relief pitcher faced eight batters and gave up four hits, including a three-run homer by Marwin Gonzalez. He also walked three batters in a third of an inning.

That was the last time Bolsinger pitched in the big leagues.

"I don't know if I've had a worse outing in my professional career," Bolsinger told USA Today. "I remember saying, 'It was like they knew what I was throwing.'"

Bolsinger, a McKinney, Texas native, had a career ERA of 4.92 with an 8-19 record over three seasons with the Blue Jays and Dodgers.

We reached out to the Astros and they had no comment.

The 2017 World Series champions are accused of stealing signs and relaying them to the batters so they would know what pitch was coming.

MLB suspended GM Jeff Luhnow and manager A.J. Hinch for the 2020 season. Hours after MLB issued its punishment, Astros owner Jim Crane fired them both. The club was also fined $5 million and lost its top two draft picks for 2020 and 2021.

In an interview with MLB Network that aired Friday, Hinch was asked if the team’s 2017 World Series Championship was tainted.

“It’s a fair question and people are going to have to draw their own conclusions,” Hinch said. “Unfortunately, we opened that door as a group. We may never know.”